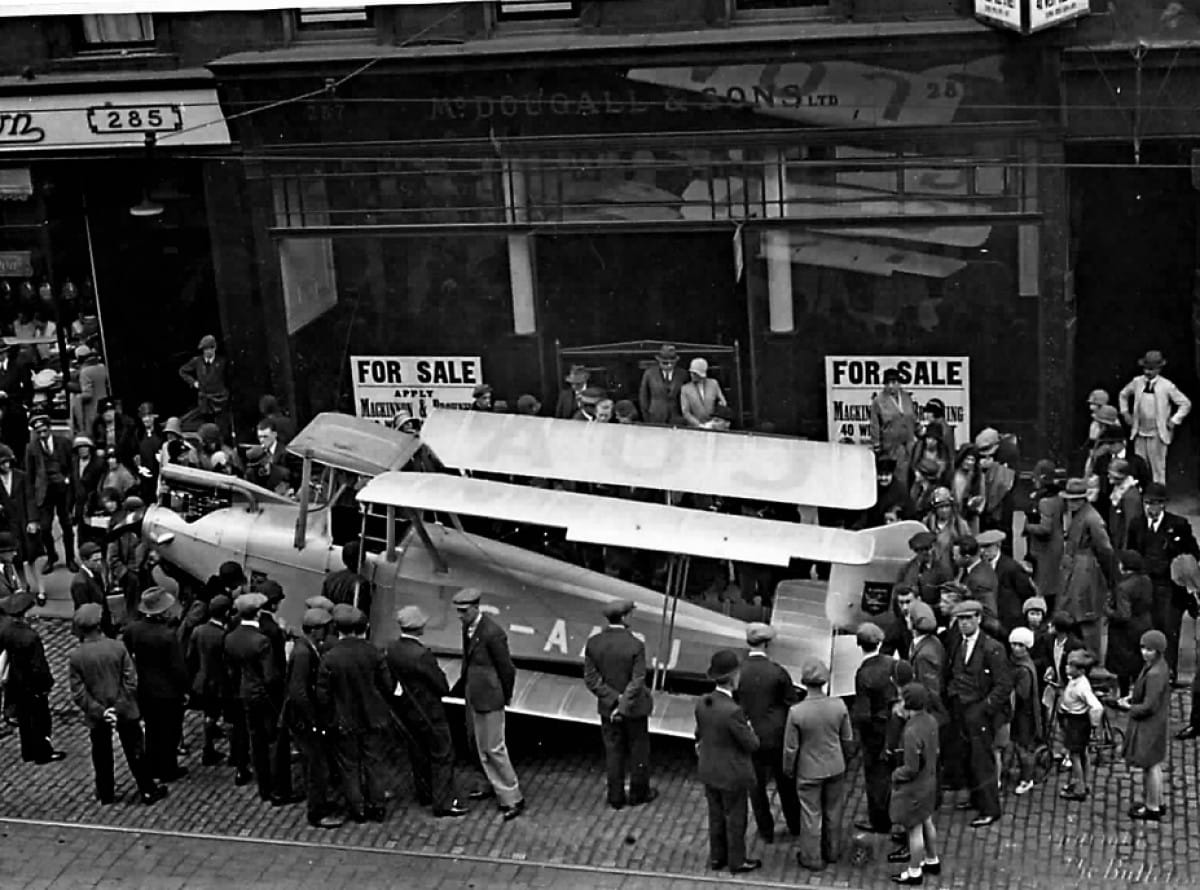 How much is that biplane in the window? 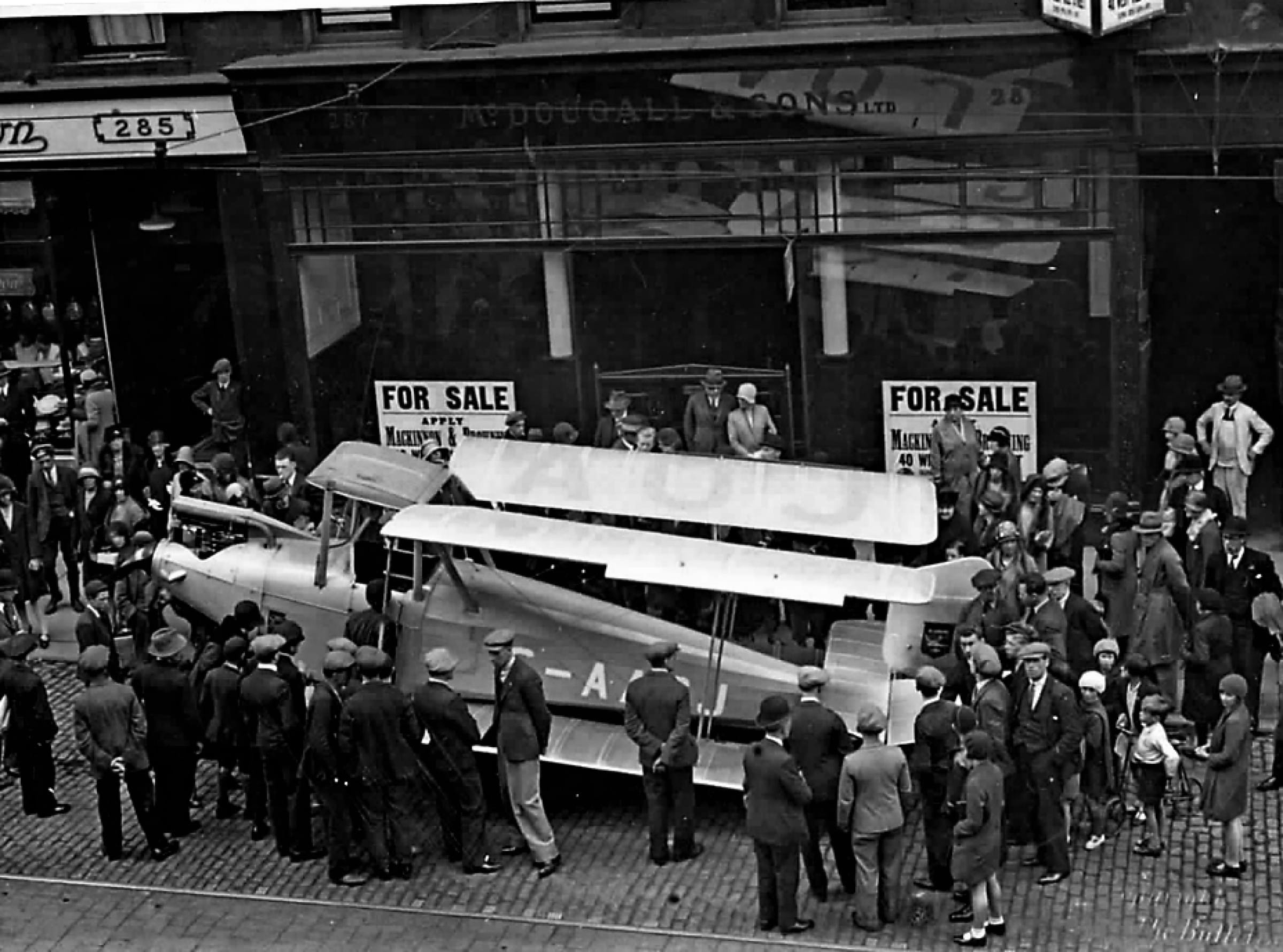 A Friday flight of fancy...

You used to be able to buy almost anything in Sauchiehall Street, including aeroplanes!

Now, if we could just get them to stand back, and a polis to hold up the traffic, we could taxi down the street and take off over Charing Cross.

Bill Slack was quite the businessman. He had the Scottish licence to sell Belgian-built Minerva cars. He also flogged big American motors, holding franchises for both Chrysler and Plymouth. And he must have had the gift of the gab (or a few handy brown envelopes!), as he persuaded the old Glasgow Corporation to change the name of the Cranstonhill street where his then dealership was based from Galbraith Street to Minerva Street.

His son Harry, who changed his name to the double-barrelled Havelock-Slack, to sound a bit posher, was a bit of a boy, zooming about 1930s Glasgow, terrifying the lieges, in a Bugatti sportscar.

He was even an early film star, appearing in movies produced by Scottish director John Maxwell. His job was to act as stunt driver and appear to drive a car over a cliff during a car chase.

But it was his dad, Bill, who made the family fortune. He took over the franchise for a new electric welding system and founded the Modern Electric Welding Company, which worked 24-hours a day repairing ships during World War II. Tragically Bill and his wife were both killed in one of the bombing raids on Glasgow in 1941.

In a strange turn of fate, Minerva Street was also home to a church. Minerva was the Roman goddess of wisdom and strategic warfare, and the sponsor of the arts, trade, and strategy.

In 1927, the locals at the church decided to form their own amateur dramatic club, the Minerva Club, which still operates to this day.

So, at least one thing in this story really took off...