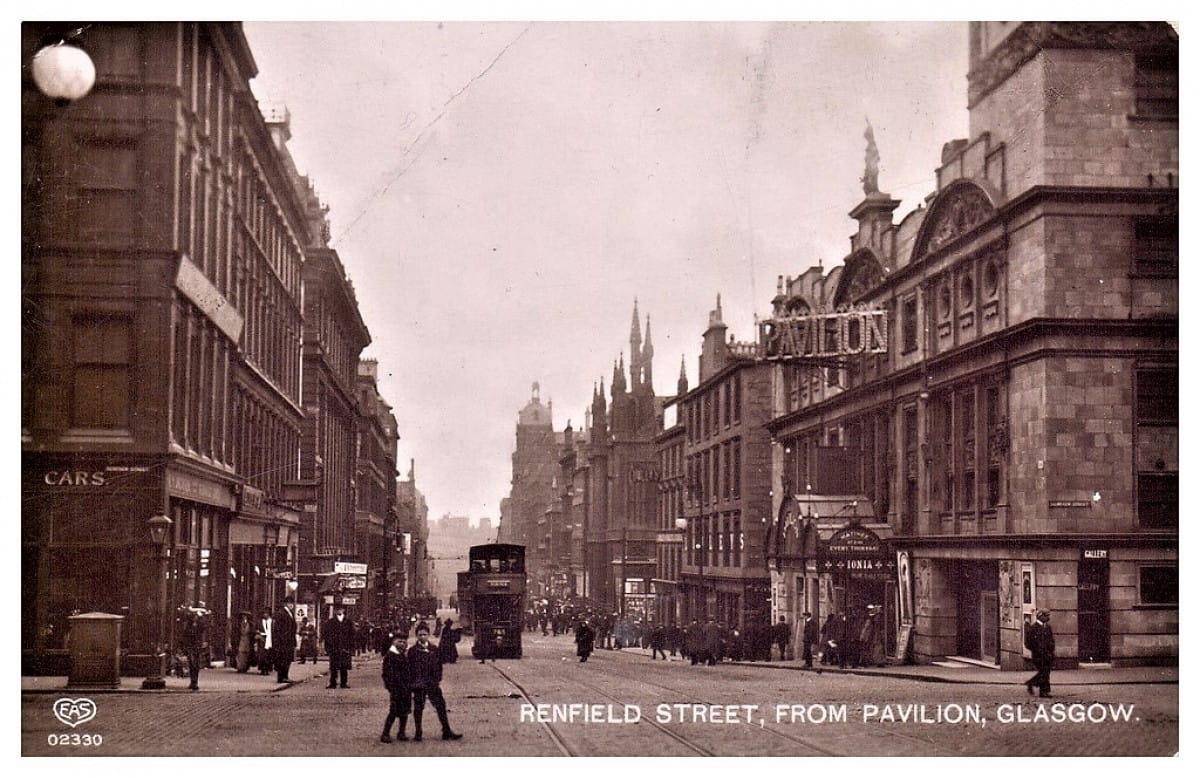 It's all downhill from here... 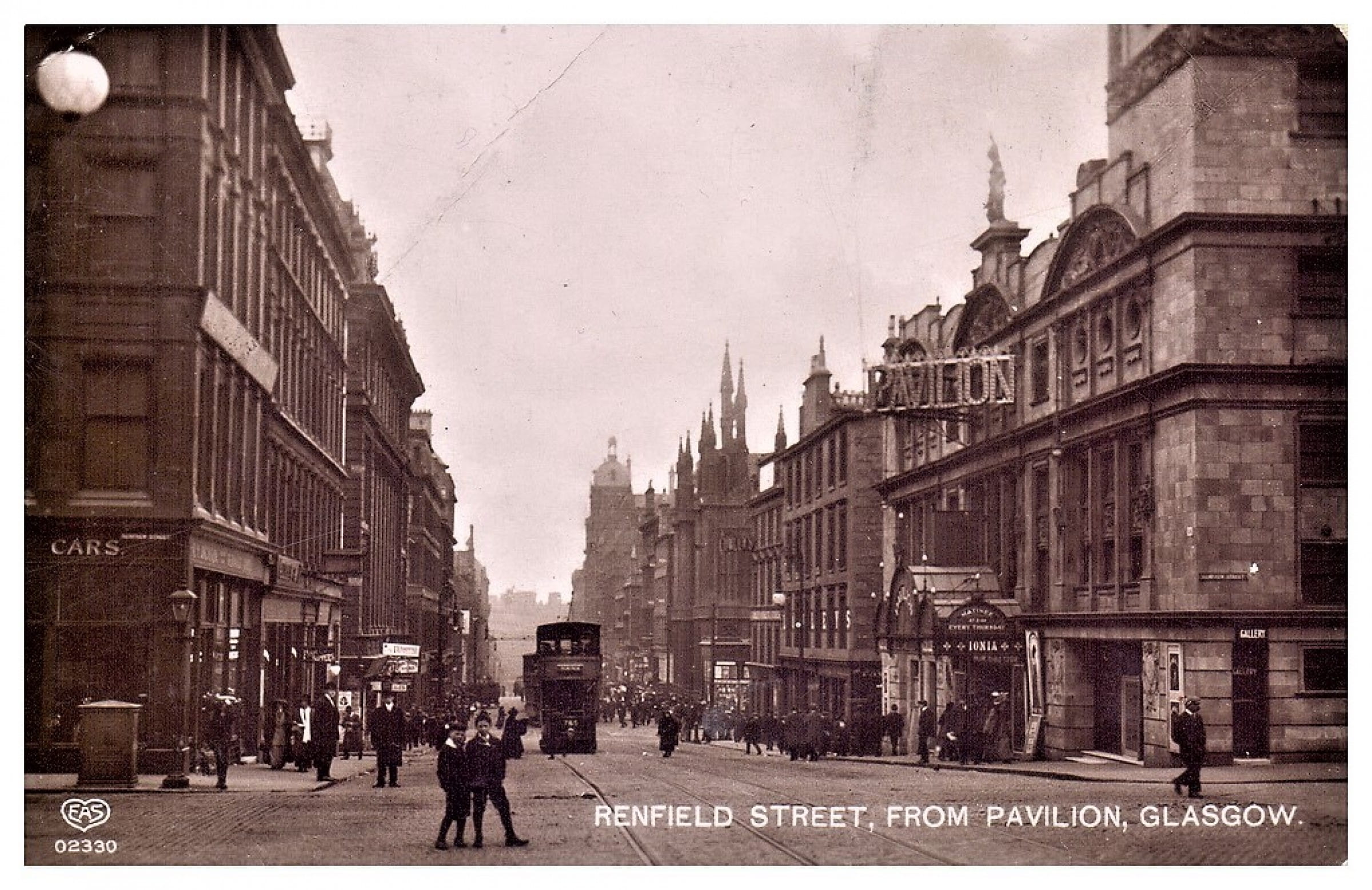 A wonderful, circa 1912, postcard view looking down Renfield Street.

While some things are all too familiar, The Pavilion Theatre (when did that statue vanish from its facade?), Lumley's sports shop, and Lauder's Corner (once called 'Poverty Corner', due to the number of unemployed actors, comedians, dancers etc who used to hang about there, hoping to get a stage booking), others seem to stick out like a sore thumb.

Those magnificent spires, on the right, belong to Renfield Street United Presbyterian Church, built in 1875.

The congregation was formed in 1847 as an offshoot from the Regent Place United Presbyterian Church. The new church building was erected at the corner of Sauchiehall Street the following year, on the site of an ancient well. It became United Free in 1900, a Church of Scotland in 1929 and in 1964 the building was closed when the congregation united with Milton St Stephen's to form Renfield Parish Church, and sold the site to British Home Stores.

The block on the left, home here to one of Glasgow's very early car showrooms, would be demolished in the mid-1920s, when fairground family the Greens decided to get out of the showgrounds and into the film business, building Green's Playhouse, the largest cinema in Europe.

Most of you will remember it as the Apollo Centre, with West End Misfits to one side of the double doors, and Mr Chips on the other side.

Closed in 1985, the old cinema was finally demolished in 1987, to make way for the Cineworld cinema and the Walkabout Bar.

The Style Council were the last band to perform at the venue, and the final song played was their cover of the Curtis Mayfield classic, 'Move On Up'.