It's the finial countdown 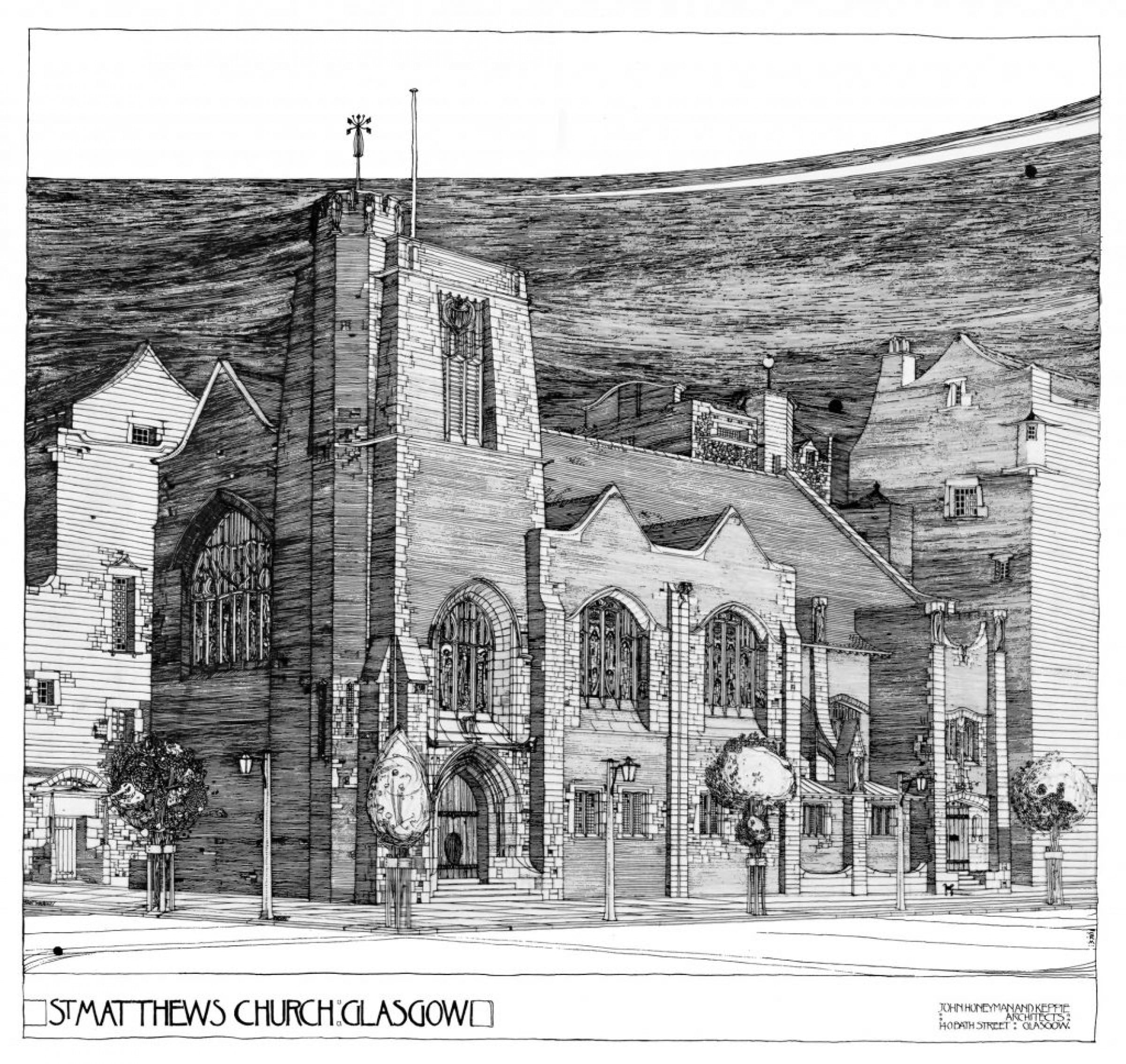 Our friends at the Charles Rennie Mackintosh Society, based at his magnificent Queen's Cross Church, are on a mission: to restore Toshie's original wrought iron finial to the corner tower of the building - but they've hit a snag.

The original Mackintosh-designed finial is shown in his perspective drawing of 1896, with a (slightly altered) version appearing on the tower from 1899 in early photographs and drawings.

While the folk at the CRM Society have a couple of early photographs showing Mackintosh's original, the images, which show nothing of the detail - are all quite fuzzy - with the finial being a long way from the photographer.

Now, here's the question; with all the marriages, christenings and other events that have happened at the church - at first known as St Matthew's - down the years, might any of you - lurking somewhere in an old family album - have a clear picture featuring the original, finicky finial?

Better still, might someone have ever seen CRM's original design for the finial, or know where his original, detailed drawings might lurk?

So far, the usual happy hunting grounds and archives have failed us...