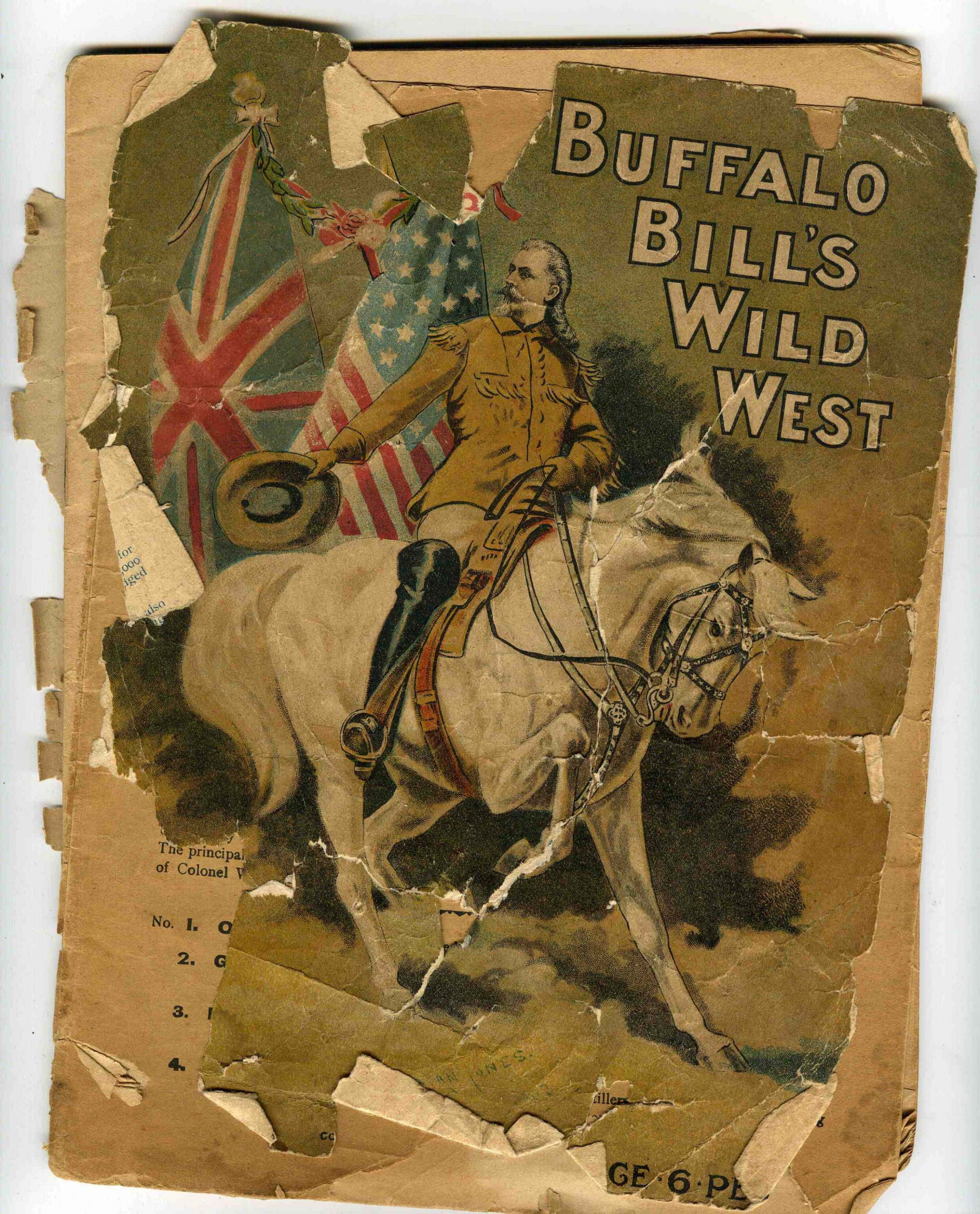 Wonderful, last week, to be sent a tranche of precious, and very rare images of the 1904 visit of Buffalo Bill's Wild West show to Glasgow, in 1904.

On his previous visit, in 1888/89, Bill and his tribe pitched camp at the old East End Showground, in Dennistoun.

On this visit, he went south, making camp in Crosshill, on the drill ground of the Third Lanarkshire Rifle Volunteers, known locally as “Baun Park.

The pictures were shared to me by Maeve Dixon, whose great uncle, artist Thomas Lindsay took them, and he sounds almost as fascinating as Buffalo Bill.

Maeve says: "Great Uncle Tom was an artist and a bit of a 'Zelig' type character, if you have seen the Woody Allen film. He witnessed quite a few significant moments in history.

"He attended Glasgow School of Art 1897-1902, so was there when the Mackintosh building was completed - he would have been in the second part of the building when it first opened.

"He married my Great Aunt Edna Dixon, who was also an artist and went to GSA. We have a few photos of them flouncing about looking bohemian in the studios.

"He also fought in WW1 at the Somme and was positioned in shell holes to plot the enemy position. He was hit by shrapnel, injured and went missing for 11 days. Fortunately he turned up and wasn't hit in his painting arm. We have his sketchbook from the trenches but that's a whole other story!

"He was also one of the policemen at Giffnock station who guarded Rudolf Hess in WW2. We thought this was a family myth until I read an article and realised actually the story added up.

"The visit of Buffalo Bill really affected him. He painted scenes inspired by the Native Americans. He had a lifelong obsession with horses. We have many many sketches of them. This also led to an interest in the zoo and the circus.

"He grew up in Largs and moved to Busby and then Clarkston. He set up a photography studio there by Clarkston Toll. He was also a printmaker and had an etching press in his house.

"He loved children but didn't have any of his own. He had married late in life. He looked after my father in the holidays and at weekends because my dad was from a single parent family with a dad who was away working a lot. So when he became elderly my dad would look after him. On one of these visits I have a vague memory of him. I remember a dark room with a piano in it and paintings leaning against the walls. An elderly man bouncing my brother on his knee and feeding us smoky bacon crisps.

"He has been an inspiration to me throughout my life. I went to GSA and studied printmaking and am now an Arts Development Officer working in arts and heritage.

"Tom was a humanist and a great fan of George Bernard Shaw and Robert Burns, and lived into his nineties.

"I would imagine there are still folk out there that may remember my uncle."

My great thanks go to Maeve and her family for sharing these precious memories with our tribe.

Thankfully, Glasgow Wild West historian Tom F Cunningham has done the hard work for me, writing two articles, tracking the day-by-day passage of Buffalo Bill during his second and last visit to Scotland.