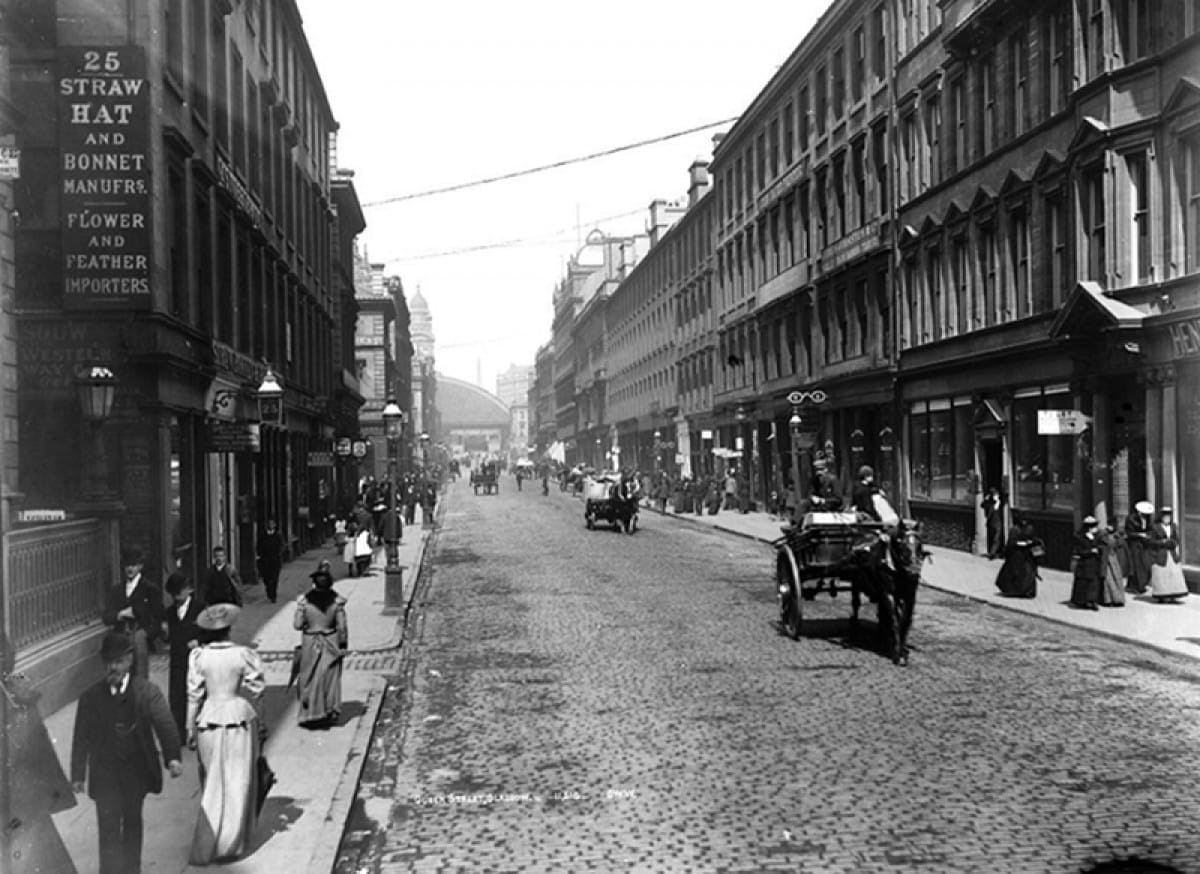 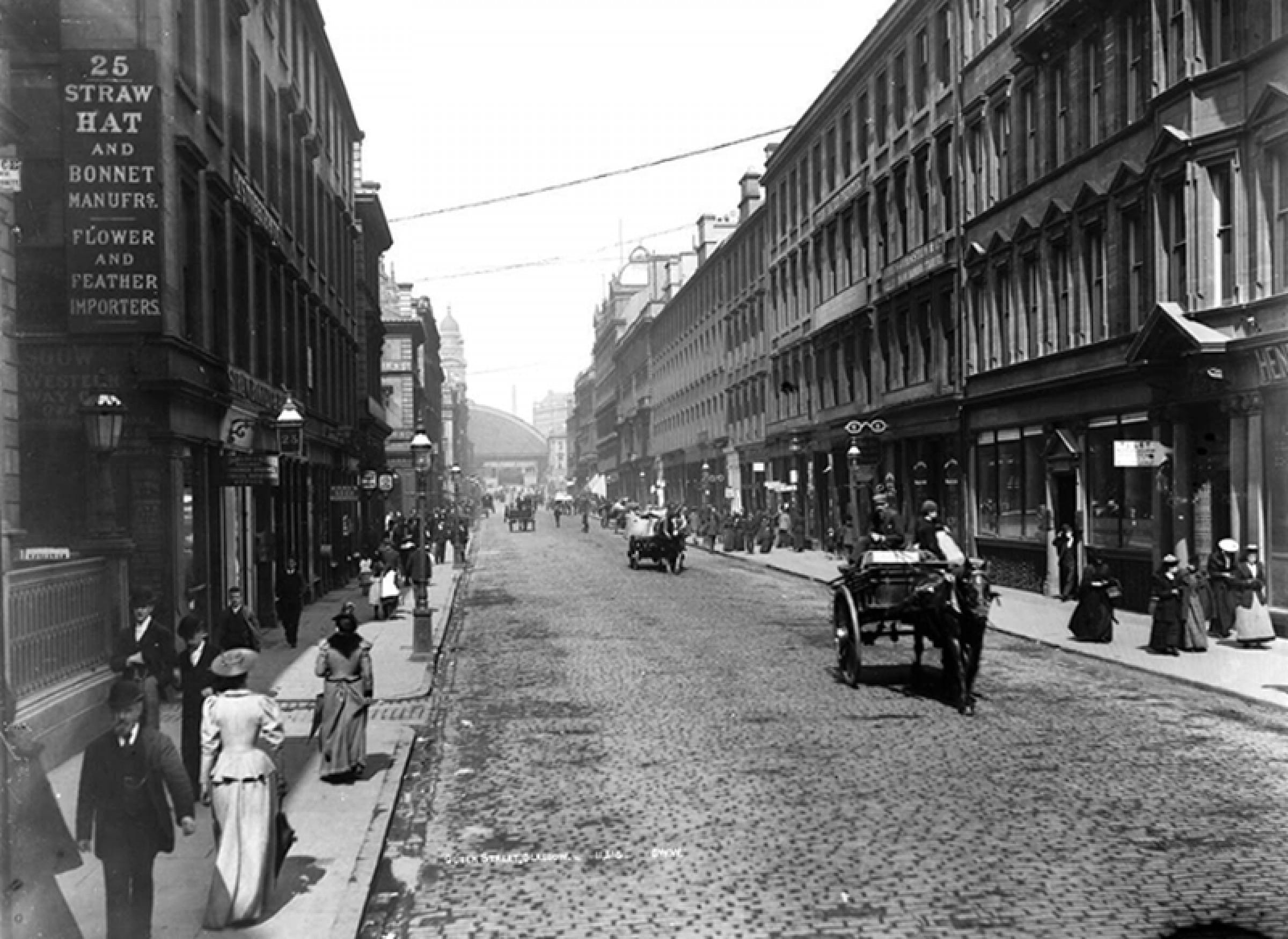 With work continuing apace on the the new front extension to Queen Street Station, here's a glimpse of how the mighty engine shed looked back in 1898. Sadly, due to its position, the full glory of the great iron and glass span was always partially obscured, mainly by the magnificent Dr Wardlaw's Chapel.

Designed by the Edinburgh architect James Gillespie Graham, this chapel was built on the corner of Dundas Street and George Street in 1819 for the Scottish Congregationalists when their chapel in Albion Street became too cramped for the numbers wishing to worship there.

The minister was Ralph Wardlaw (1779-1853), a prominent Congregationalist theologian who campaigned against slavery and who had also helped found the Glasgow Theological Academy in 1811.

The building was acquired by the Edinburgh & Glasgow Railway Co in 1842 for offices and was demolished in 1975, to make way for the exceedingly ugly Consort House, which itself has bitten the dust in the latest redesign.

I love this George Washington Wilson postcard view of Queen Street, with all the well dressed ladies and gents, and the carters going about their daily business. Look closely, and you'll spot a giant pair of specs advertising an optician on the east side of the street.

Not quite sure if it was the inshot hard left, or the one just further up the street, which was home to the 1847 National Bank of Scotland, the building which, in 1901, was moved brick by brick to Queen's Park, to become the Langside Halls.

Now, who wants to buy a straw hat, bonnet, or some flowers and feathers?