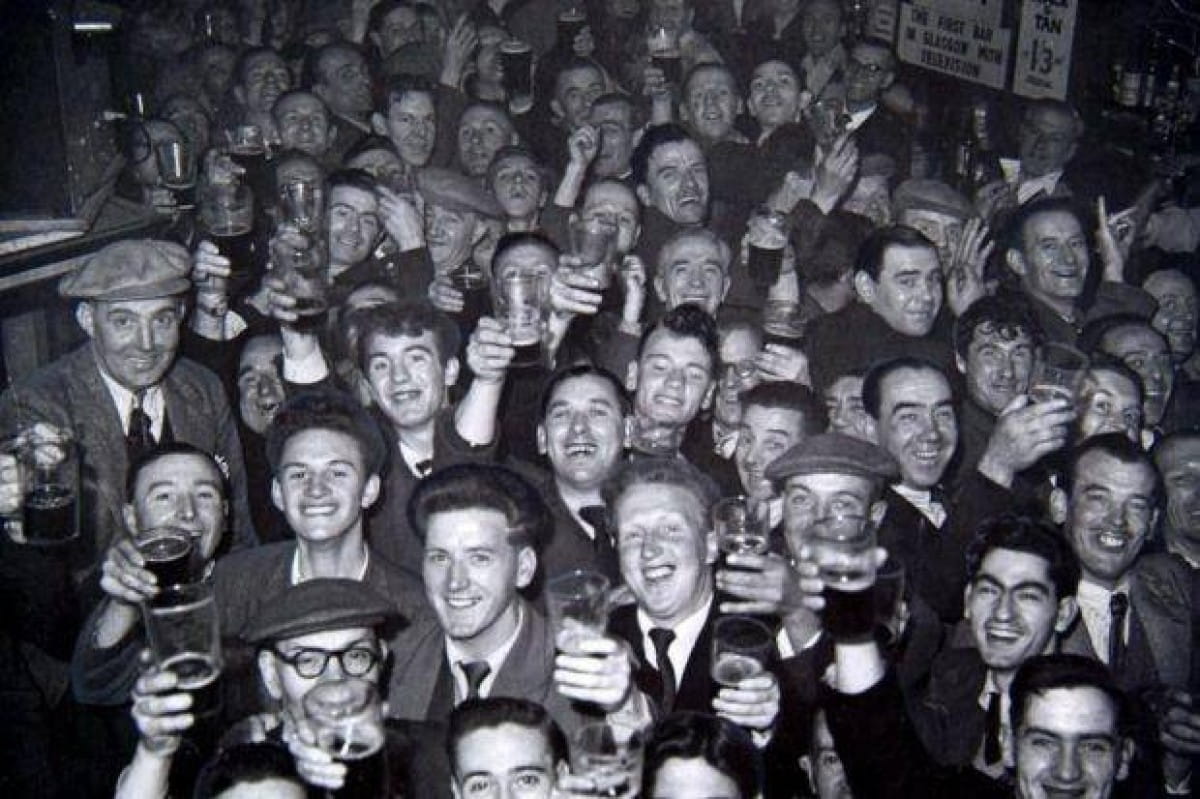 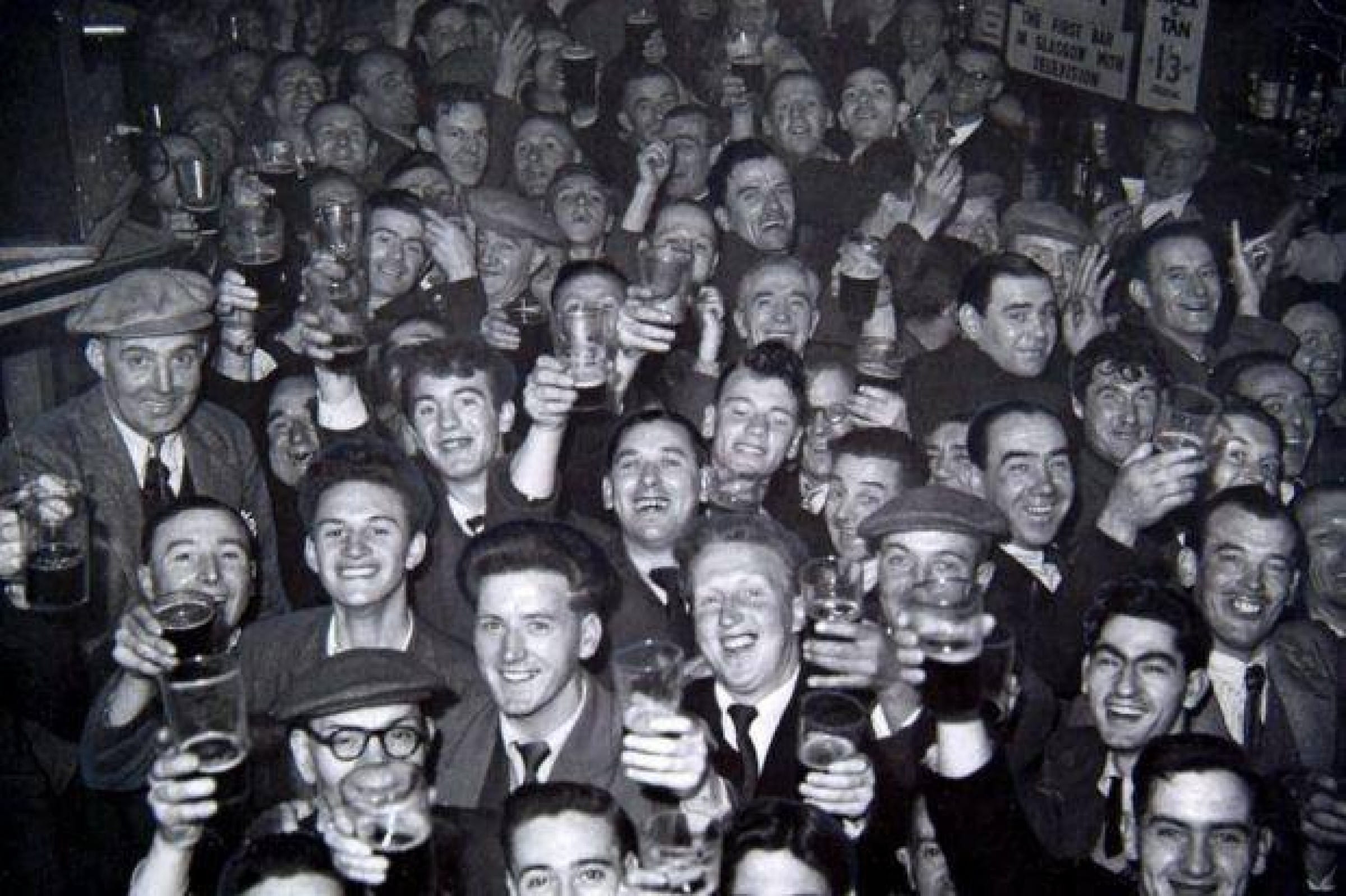 With the pub shutters coming down for the foreseeable, tonight I raise a virtual 'Slàinte Mhath!' (good health) to you all.

The Manx Bar, in Glebe Street, Townhead, was jammed to the rafters for the Queen's Coronation in 1953 when publican Joseph Kelly decided to sell drinks at the same prices charged during the previous coronation, in 1937.

The bar sat opposite the Royal Infirmary. The tenements which topped it were taken down in the 60s, as part of plans for the Townhead Interchange, but the single storey bar survived until the early 1990s.

Outside, the bar was easily identified by a large neon sign, featuring a Manx cat (that's just a tail-less moggy in Glasgow) and the legend 'Joe's Place'. The fact the front of the bar also bore the three legs of the Manx coat of arms, makes us suspect Mr Kelly came from the island.

The sign in the background, top right, in case you're squinting to read it, says: 'The first bar in Glasgow with television'.

They might have had a TV but, where were the ladies? No a female face in sight. Perhaps they were in the 'lounge'.

Until we all get to share a pint again, take care, stay safe, and look after each other...