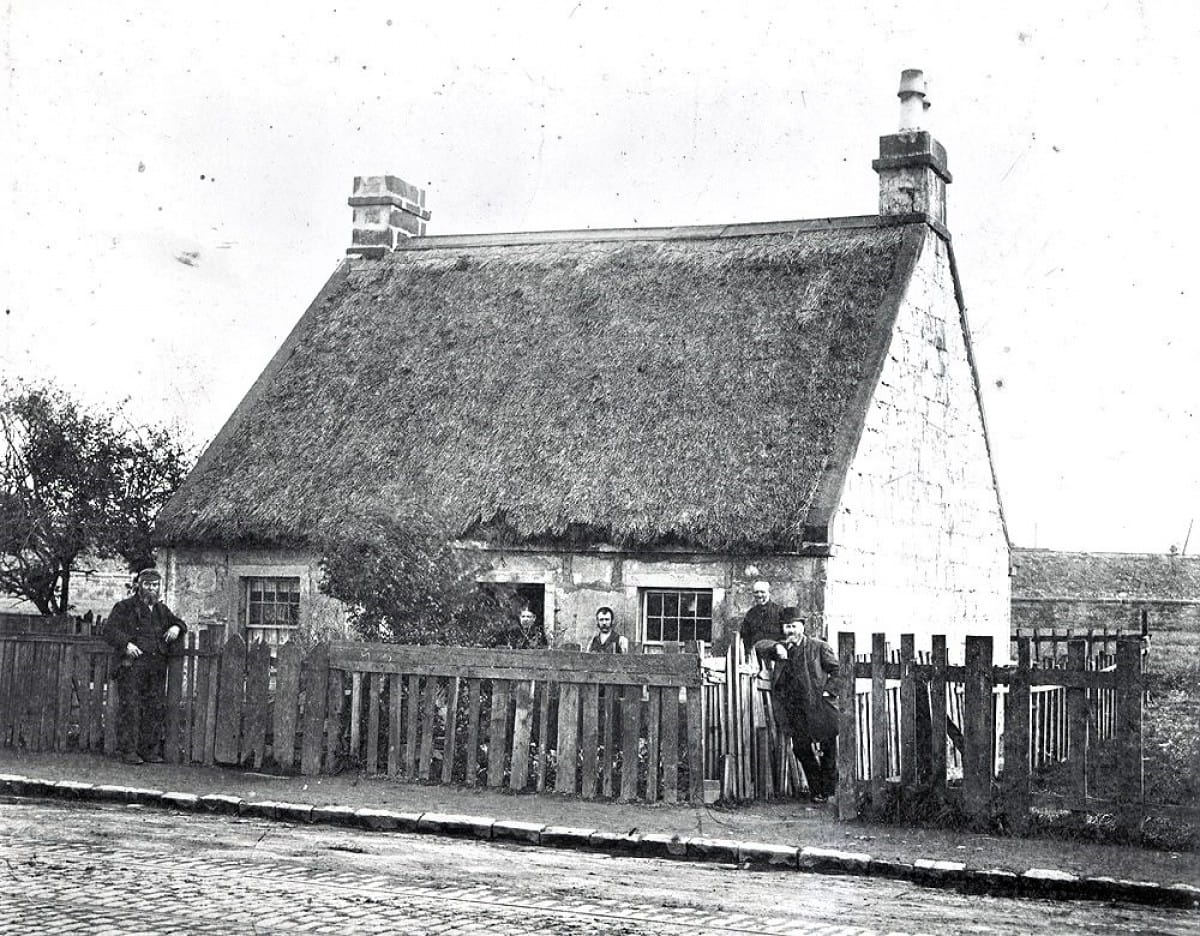 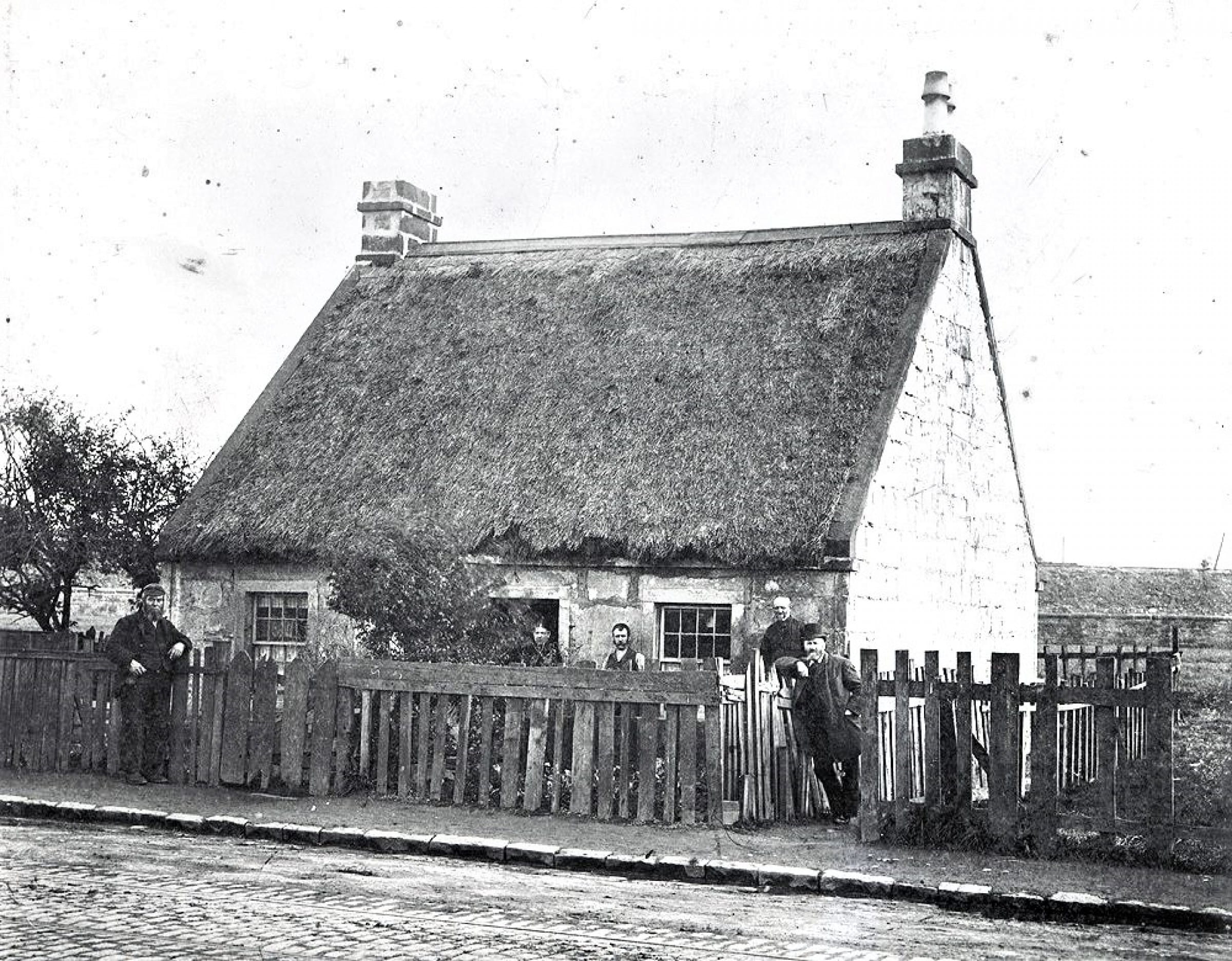 Granny Gibb's cottage, at the corner of Dumbarton and Sawmill Roads in Partick (near the site of the today's Thornwood Roundabout today), wasn't long for this world when William Ferguson took this photograph in 1894. Just one hour later, the cottage was demolished.

"Granny Gibb" was Elizabeth Gibb, the innkeeper who managed the premises with her two daughters, known as "Mother Gibb" and "Aunt Gibb". Her husband, a vintner, had built the cottage in 1796.

Partick's inns were also popular with Glaswegians, who came out from the city on summer Saturdays to enjoy the village air and eat roast duck, fresh from the River Kelvin, served with green peas, and washed down with ale, rum punch or whisky.

One greedy member of the so-called 'Partick Duck Club' was such a glutton, that his pals wrote a wee poem about him, which ended: "The ducks they quack'd through perfect fear. Crying, 'Lord preserve us', there's McTear!"

Setts and tracks for horse-drawn tramcars can be seen in the foreground. There is a railway embankment in the background, carrying the Caledonian Railway Co's Lanarkshire & Dumbartonshire Railway on its way to Clydebank and Dumbarton.