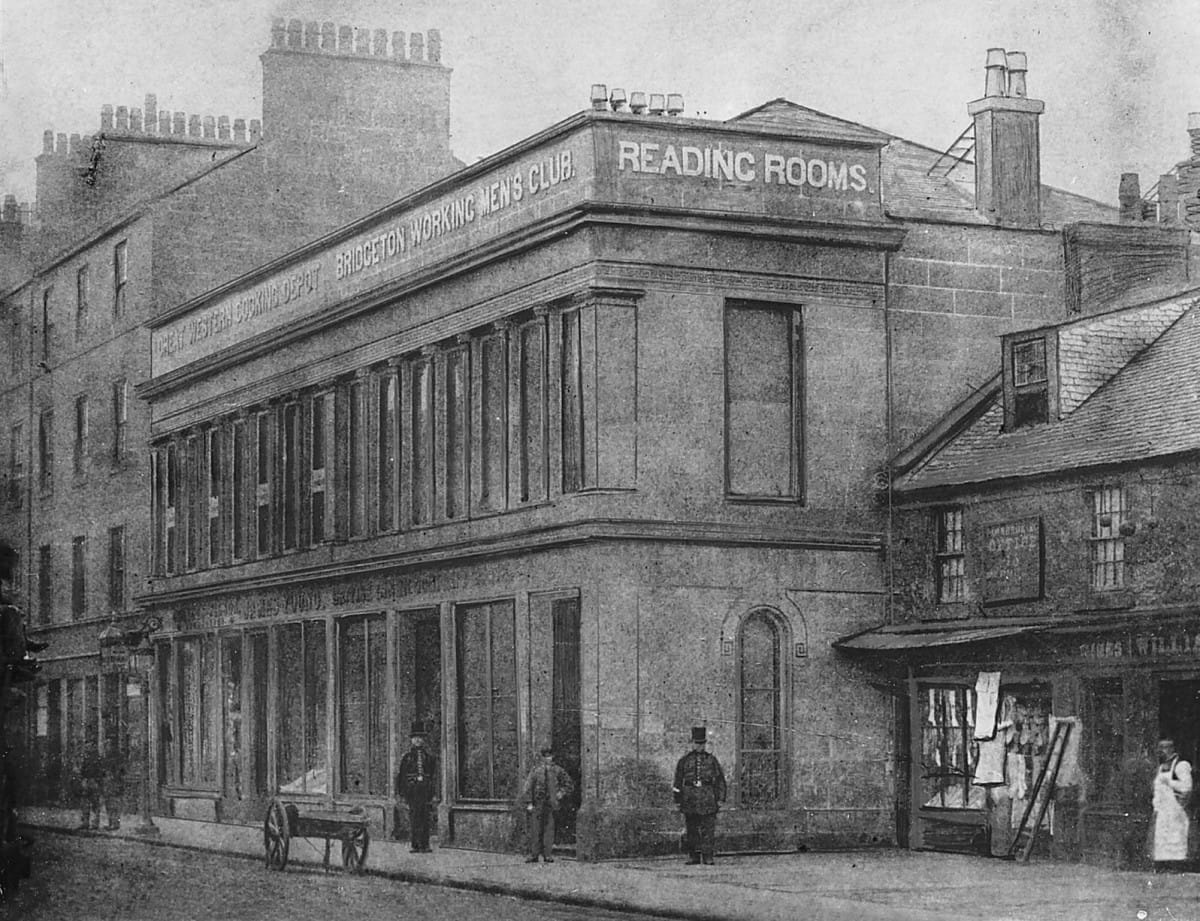 Learn from the past, use well the future 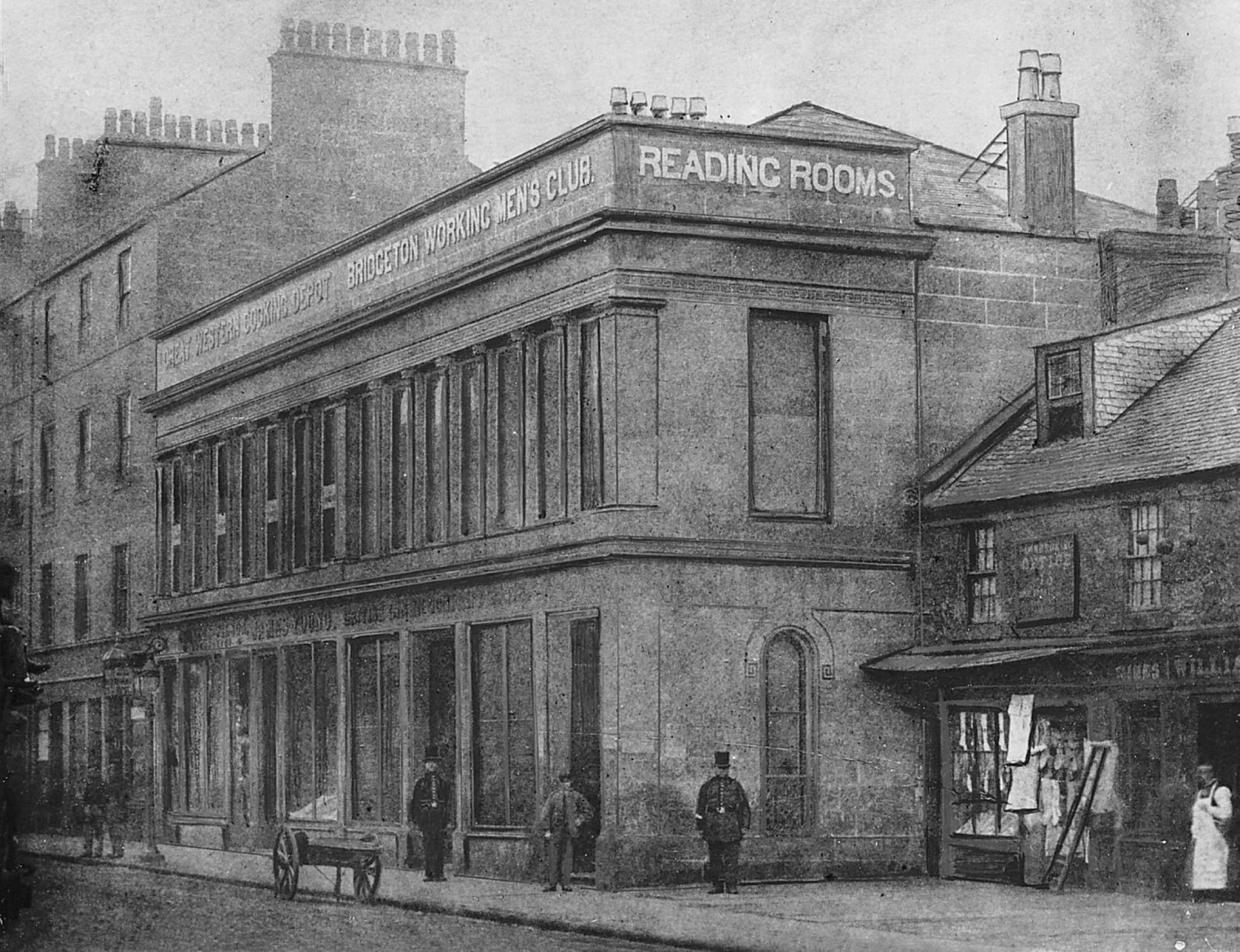 A fascinating glimpse of the original Bridgeton Working Men's Club, whose motto I quote above, complete with two big polis in their 'lum' hats.

This, the original Club, was set up in 1865 by local industrialists John Anderson, James Templeton and others to create a place for working men – but not women – to relax, to be entertained and to learn. It contained a library and reading room, a chess room, billiard tables and even a bowling alley. It also, more importantly, was teetotal, to keep the working men out of the pub. Oh, and if you were caught gambling, you were pit oot!

The club originally occupied a building in Canning Street (later London Road), Calton, but this was acquired by the North British Railway Co (for £9,500) in 1897. New, more ornate, premises were built in Landressy Street, and these opened in 1899.

With membership dwindling, the club finally closed in September 1979, with the building being demolished in the early 1980s.

The other thing which caught my eye in this picture, is that the far half of the building bears the name, 'The Great Western Cooking Depot' - a new name on me.

A wee bit of digging reveals that this was one of at least seven communal canteens set up across the city in the 1860s to help feed the needy, meaning they could get a nourishing meal or lunch for minimum cost.