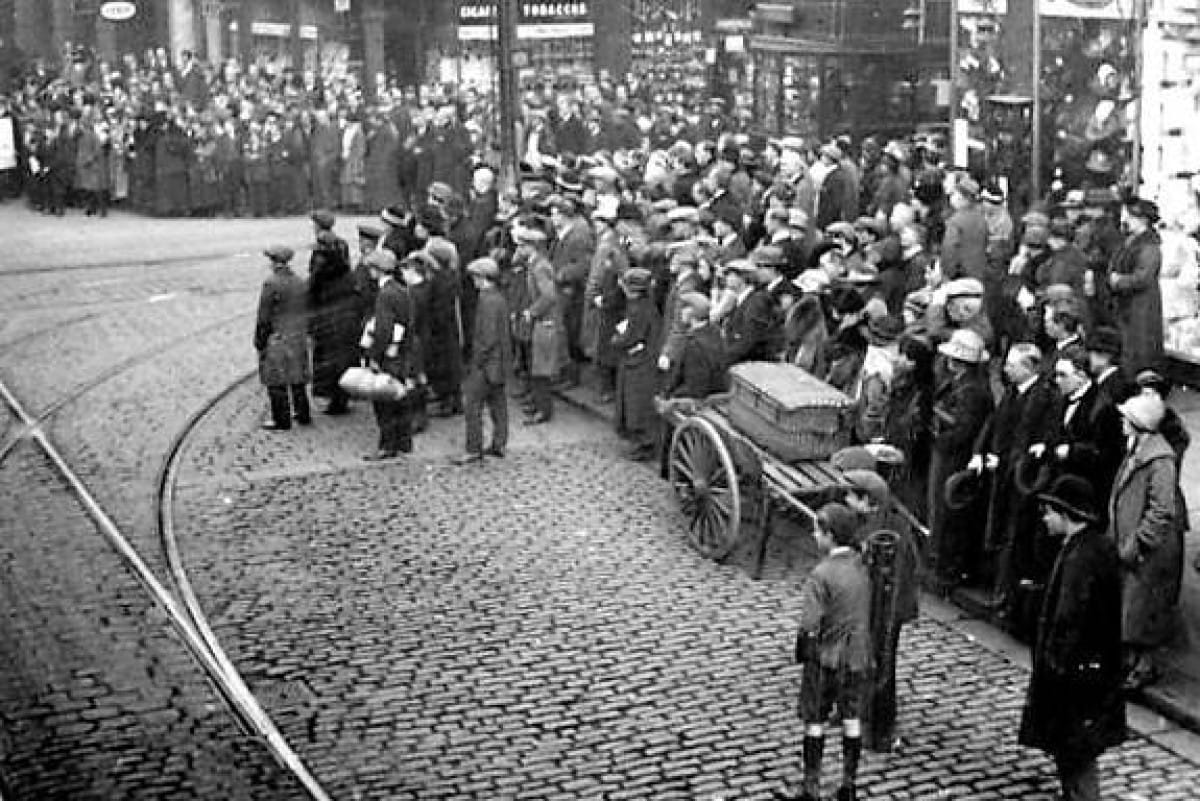 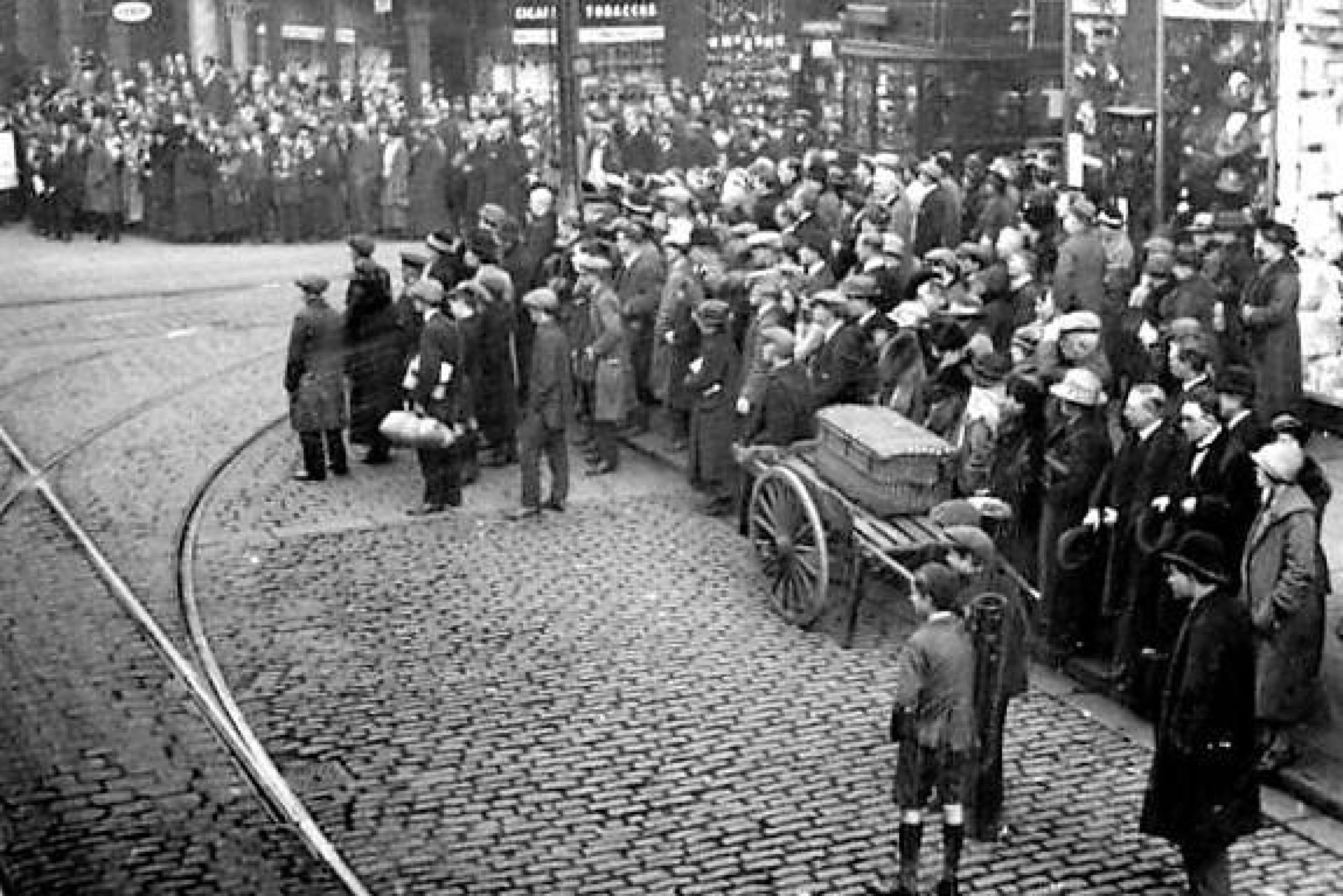 Armistice Day 1919 was a suitably sombre affair in Glasgow.

The end of WWI, on November 11 1918, had been greeted with cheering crowds and impromptu street parties. It was described as 'the greatest day of rejoicing the city had ever seen'.

One year later - as the true scale of the loss and destruction became evident - the mood had darkened.
At the 11th hour of the 11th day of the 11th month, the whole city fell silent for two minutes to remember the fallen.
And with no Cenotaph to gather around, it wasn't unveiled until 1924, people stopped in the street to mark the occasion.
Here, on the corner of Jamaica Street and Argyle Street, the trams clattered to a halt, barrow boys laid down their loads, men removed their hats, shoppers stopped spending and an eerie silence fell over the whole city.
Who knows what personal losses, privations and tragedies these people, our forebears, had suffered in the war years? It was a very public show of very private grief.
Today, at 11am, as the bugle sounds the Last Post, take a minute or two to remember all the brave Glasgow boys and girls who marched off to war, never to return.
My family was blessed in WWI; both grandfathers - one in the heat and dust of Mesopotamia, one in the dirt and glaur of the Western Front - made it home safe, but forever changed.
Twenty-one years later, my dear old dad had to go off and do his bit. From the D-Day beaches plus one, to Berlin, he waded through it all, and made it home; or I wouldn't be here.
Both grandfather agreed that 1888 wasn't a lucky year to be born, as they too had to get back into uniform; one being torpedoed, while serving as a chief engineer with the Merchant Marine; the other requisitioning buildings on the home front, while watching their sons go off to war.
Over a century on from 'the war to end all wars', they - my Grandpa Joe, my Grandpa Phil, and my dear old dad, Private Norman Wilson REME - the stories they told me, the love they gave me, and the lessons they taught me, live on in me still.

These are the men I remember today, ordinary Glasgow blokes, thrown into the meatgrinder of history.

For me, the most moving memorial in the city is a simple plaque, on platform one of Central Station.

At the going down of the sun, and in the morning, I will remember them, and all their brothers, and sisters, in arms..


The rest is silence, and birdsong...