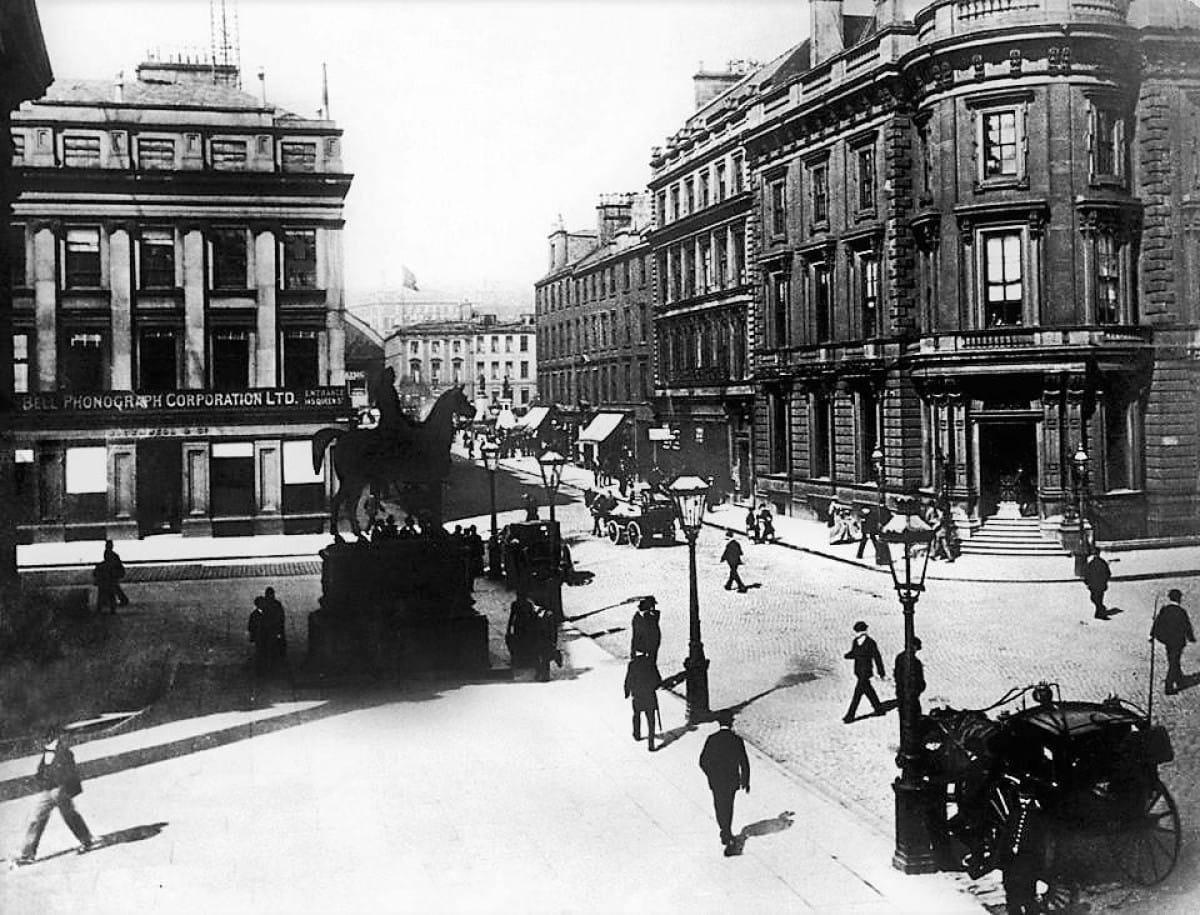 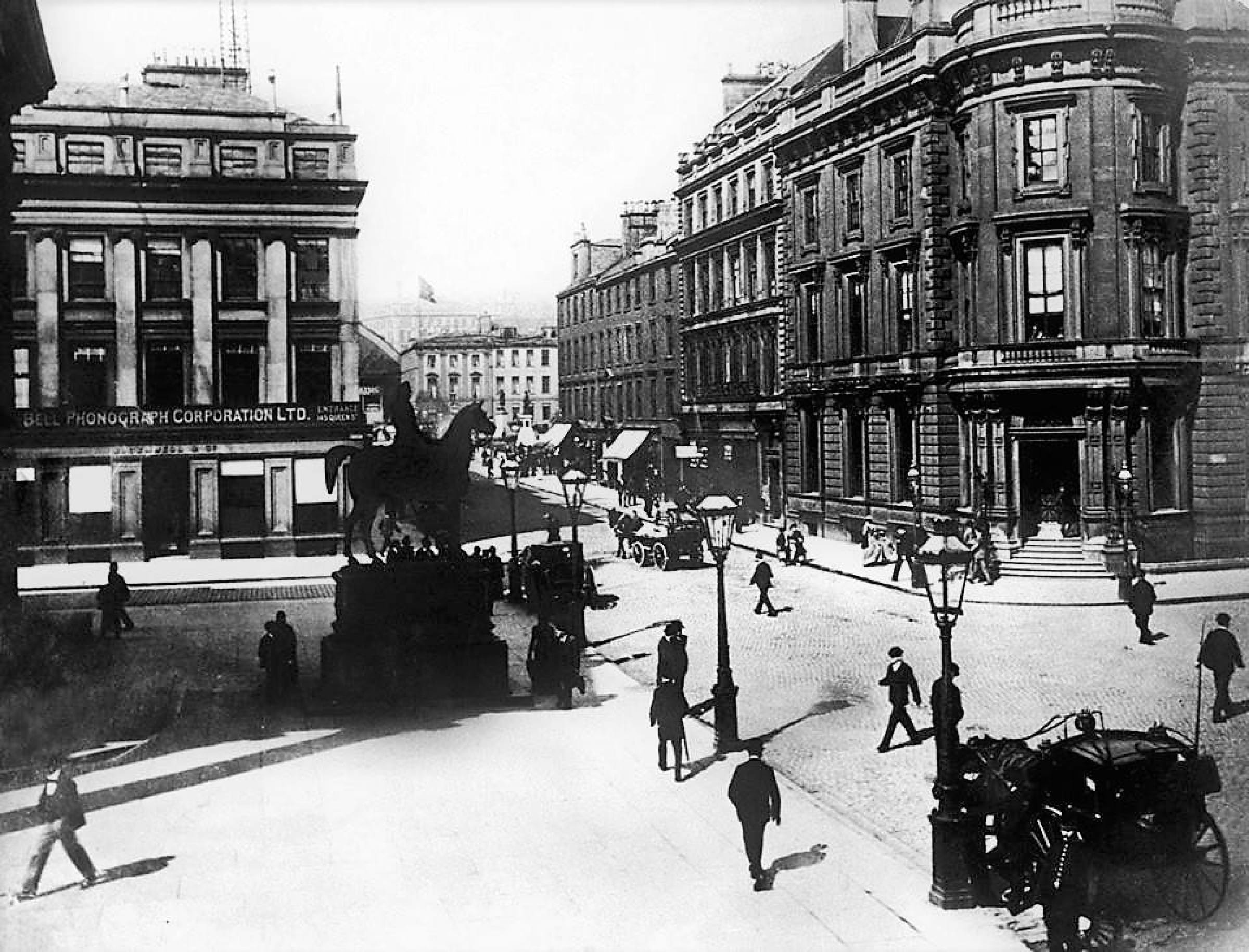 A fascinating glimpse of Royal Exchange Square, Queen Street, and George Square in 1895. Thanks to the long shadows, we know the picture was taken in the late afternoon.

The fancy building on the corner of Ingram Street was the British Linen Bank. It later gained an extra couple of storeys before being demolished in the late 1960s to make way for a rather brutalist new Bank of Scotland, which has since too bitten the dust.

The Bell Phonograph Corporation occupies what was left of the city's original Theatre Royal. Built on the site of two old thatched cottages, which operated a market garden of fruit, vegetables, pear, apple and other trees, the theatre, which opened in 1805, could seat 1,500 people. It later became the first theatre in Britain to be lit by gas. This, needless to say, had a downside, and the theatre was gutted by fire in 1829.

Good, too, to see a flag flying from the top of the old North British Hotel, in George Square, and a fleeting glimpse of the glorious iron and glass canopy of Queen Street Station.

Hope the big polis, bottom right, isn't about to ticket that Hansom cab!

The Duke of Wellington, and his trusty steed, Copenhagen, have been gazing along Ingram Street since 1844.