Look in the Larder

Feb 116
His Lordship's Larder and the St Enoch Hotel, from Adam's Court Lane (Picture: ©Alan Rowe All Rights Reserved. With our thanks.) 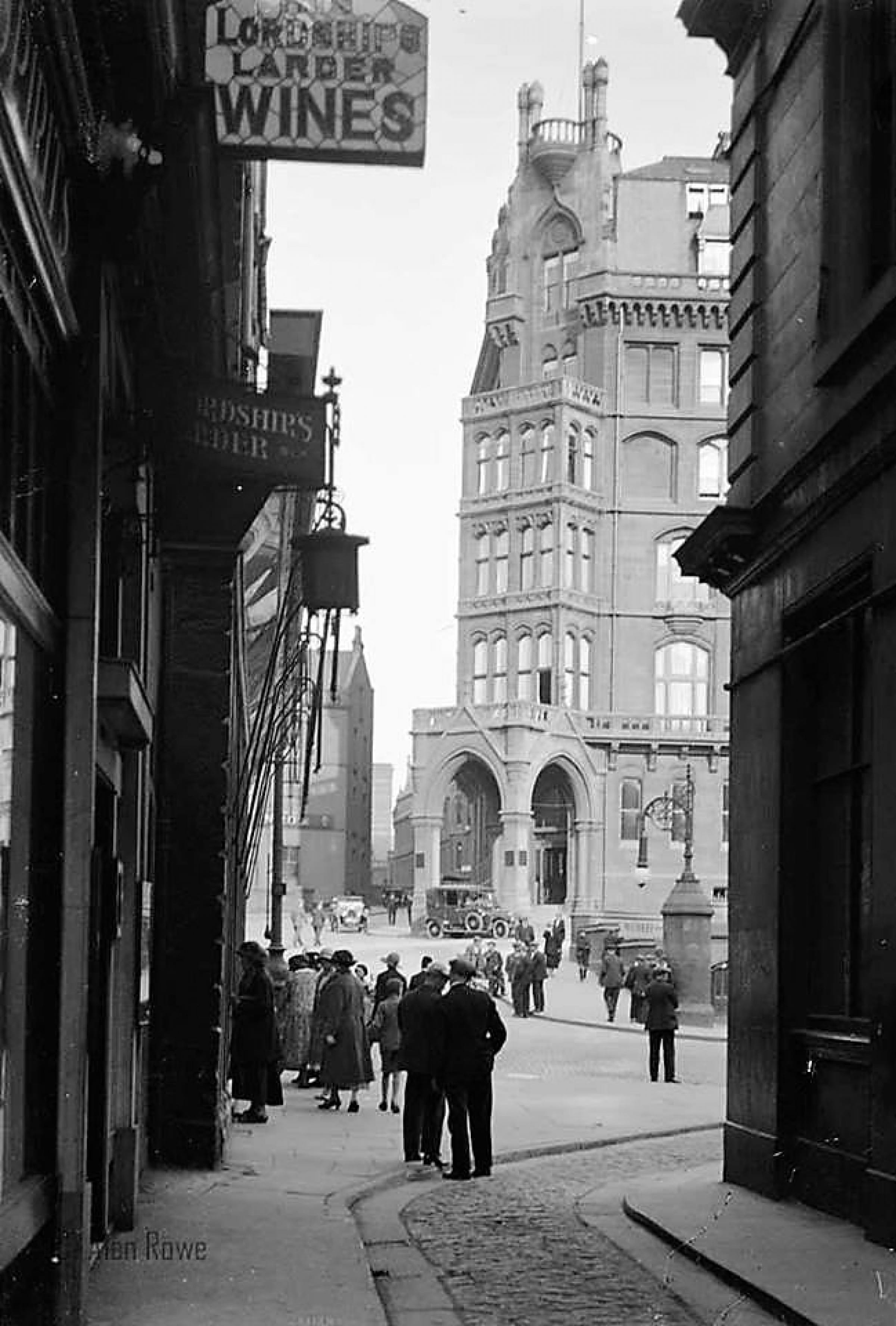 A fabulous 1920s view of His Lordship's Larder, and the St Enoch Hotel, with Glasgow looking positively continental.

The street disappearing into the distance, at the left of the hotel, was called North Carriage Drive. It vanished with the development of the St Enoch Centre.

This entry, from an 1888 city guide, gives you a flavour of what was on offer.

"Under the energetic personal management of Mr. Thomas White, the proprietor, who took over the business five years ago, His Lordship’s Larder, which was always a favourite meeting place, has become much more so with farmers and other gentlemen who meet in the square on market days. And this fame has been gradually extending its influence until now, with Mr. White’s frank and obliging manner, and the moderate charges he makes to evening parties, it has gained a great renown for first-class suppers. Mr. White is always prepared to meet the demands upon “His Lordship’s Larder” in the fullest and most complete manner."

So venerable was the bar/restaurant that it used have an old stone and iron tethering post outside, for diners arriving on horseback.

His Lordship's Larder closed down in 1959 after a fire and to make way for the new Arnott Simpson store and a Bank of Scotland.