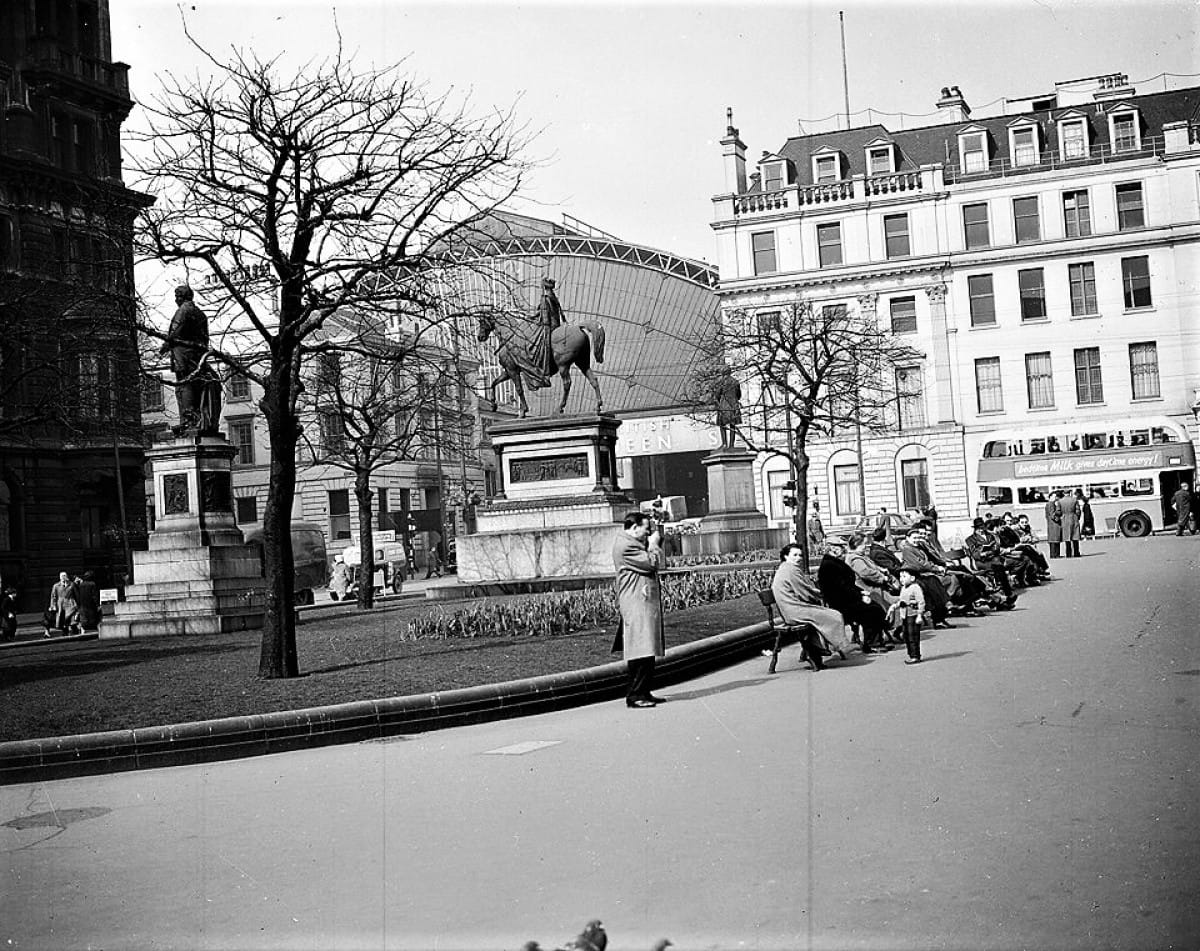 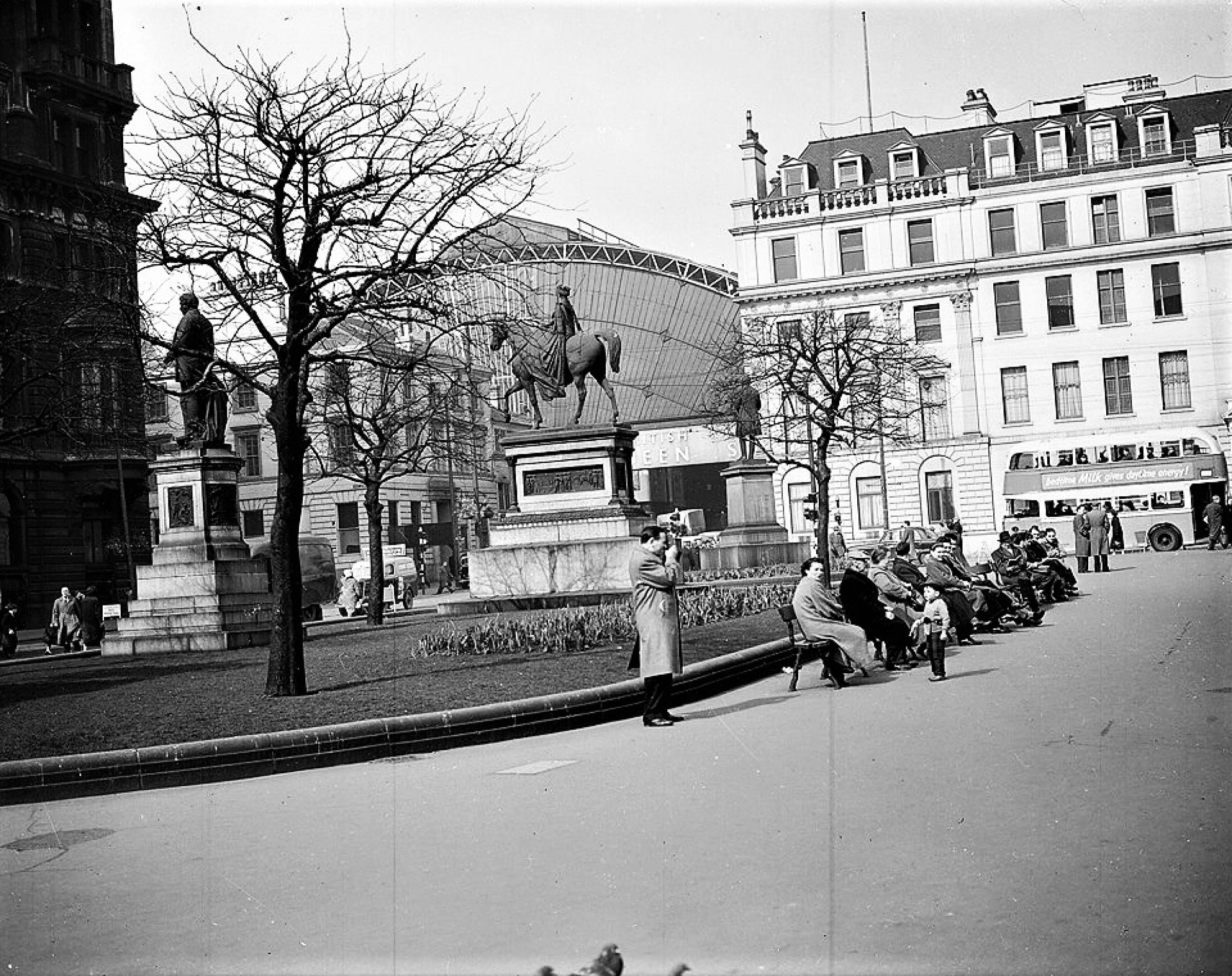 Here's that rarest of things, a snapper snapped, as a proud dad prepares to take a pic of his cowboy-clad and gun-toting son.

It's a sunny April day in 1956, and with the ornate, Victorian cast-iron and glass canopy of Queen Street Station about to disappear once again, it's good to get a glimpse of its grandeur in the years before the North British Hotel erected their rather ugly, 1960s, brown brick extension.

Good to see that Sir Robert Peel, on the far corner is keeping a watchful eye over that junction.

As usual, it looks like Queen Victoria is going to canter into the front of the Merchants' House of Glasgow, while I can just make out the shadow of her consort, Prince Albert.

What I can't work out is, who is the interloper coming between the couple.

Whoever the bronze bloke is, he must have got his marching orders when the old TB X-ray centre was moved to that spot, from the other end of the square, to become the city's tourist office.

Nice, too, to recall the days when two-way traffic ran around the square, and you could take your life in your hands by leaping on, or off, the open back platform of a moving bus.