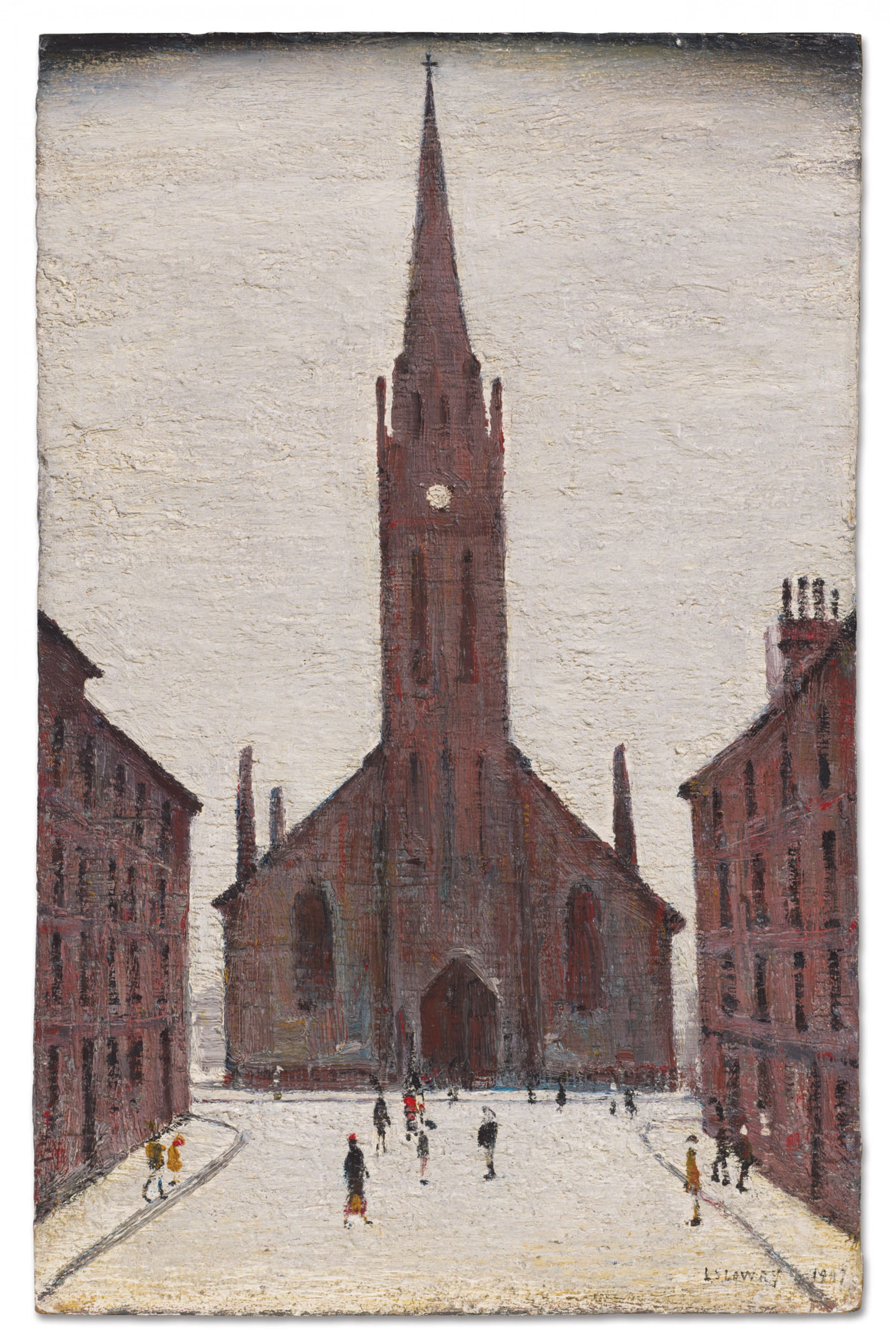 If you find a spare £250k down the back of the sofa, you could splash out on a painting by LS Lowry, of a Glasgow church that met an unholy end that is coming up for auction.

One of several Lowry's to go on sale, the painting depicts “St Matthew’s Church” and was painted in 1947, as part of a series of images he did of the city.

The painting is believed to feature St Matthew’s Highlanders’ Memorial Church that stood in Bath Street.

The church was designed by Salmon & Black and was built around 1850 for a Free Church congregation but was gutted by fire in 1952. The congregation became United Free in 1900 and joined the Church of Scotland at the union of 1929.

The building was gutted by fire in 1952. The site was then sold to the flamboyant Glasgow businessman and showman A E Pickard, who was criticised for a long delay in demolishing the ruins of the building.