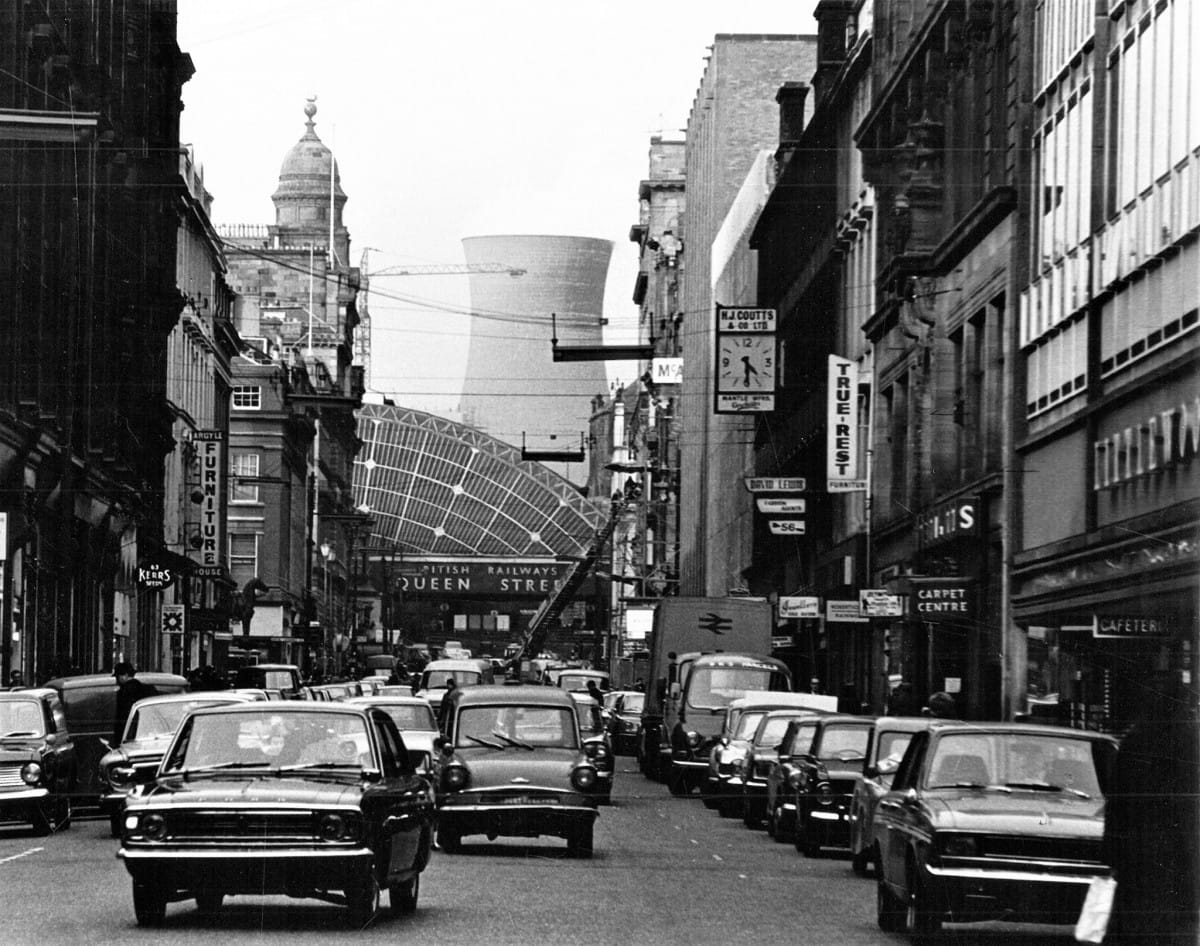 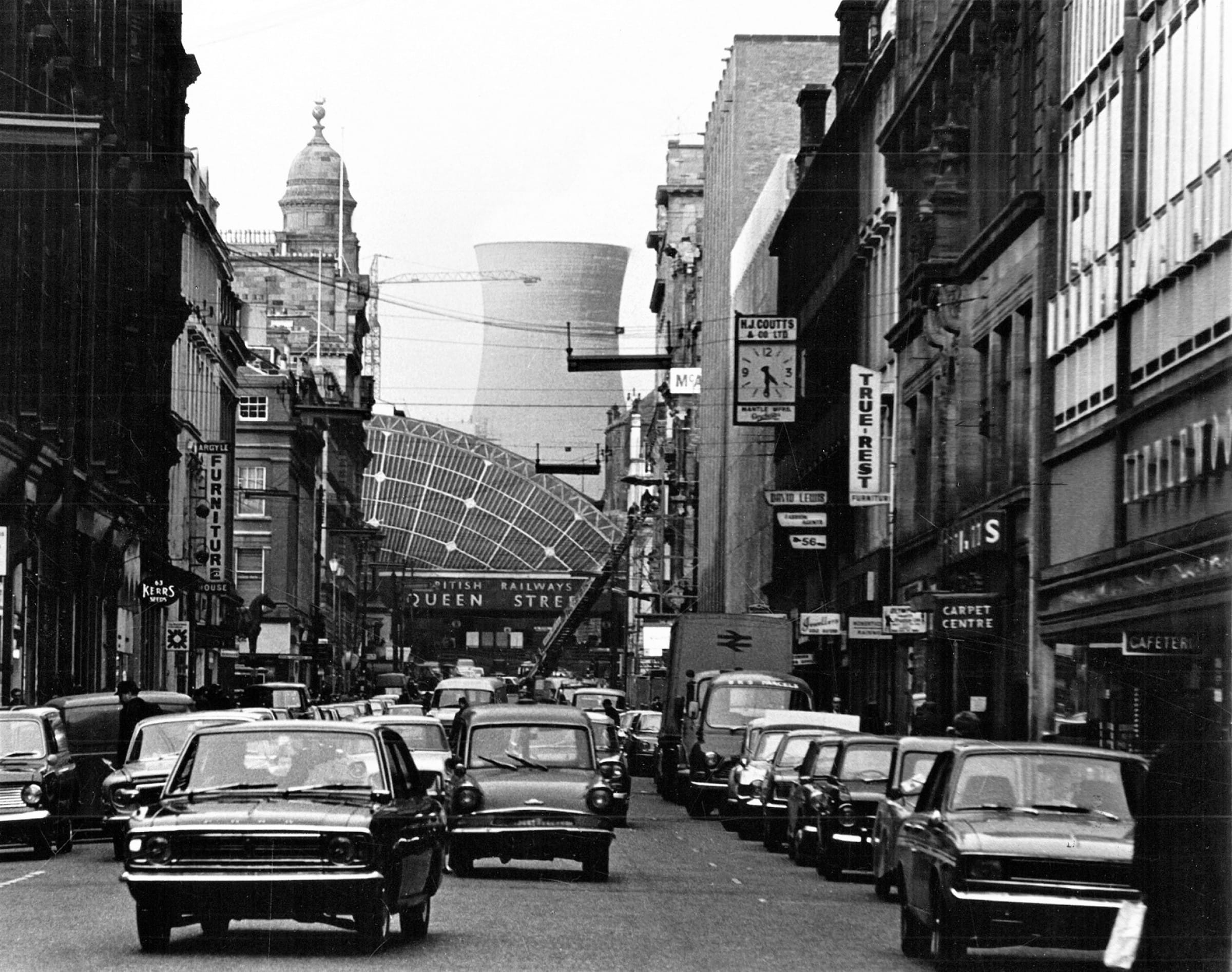 With work continuing apace on the refurb of Queen Street Station, let's retreat to 1965 when, if anything Queen Street was even busier than it seems today.

Originally called Cow Loan, as it was the route the city's herdsman would lead his cows from their overnight byres up at Cowcaddens down to dine on the lush pasture of Glasgow Green, it was renamed Queen Street in 1780 when tobacco lord William Cunninghame of Lainshaw built his smart city mansion, now the Gallery of Modern Art, in what was then the far west end of the city.

Looking up the street, I can just see Copenhagen, the Duke of Wellington's charger cantering into the frame.

The station itself was built on the remains of the Medieval Bell's Quarry (also known as Provanside Quarry), with the first station buildings erected on the site of what had once been the site of the Crawford Mansion.

For many years the mansion was home of future Lord Provost James Ewing. The house's famous tall trees, with their noisome rookery, earned him the nickname "Craw Ewing".

What might seem odd to our modern eyes is the number of shop signs in the picture, offering everything from furniture to carpets, jewellery to mantles and gowns, and, on the left, a sign for Kerrs, a well-kent city supplier of seeds, grain and chemical manure (here, we're back with those cows again!).

Looking to the right, you'll see two men atop a huge extending ladder, who are busy demolishing the former British Linen Bank, on the corner of Ingram Street, for the building of the now-vanished, concrete, brutalist Bank of Scotland.

As for that mighty lum in the background, that's the cooling tower of the old Pinkston Power Station, which once provided the electricity to power the city's tram system.