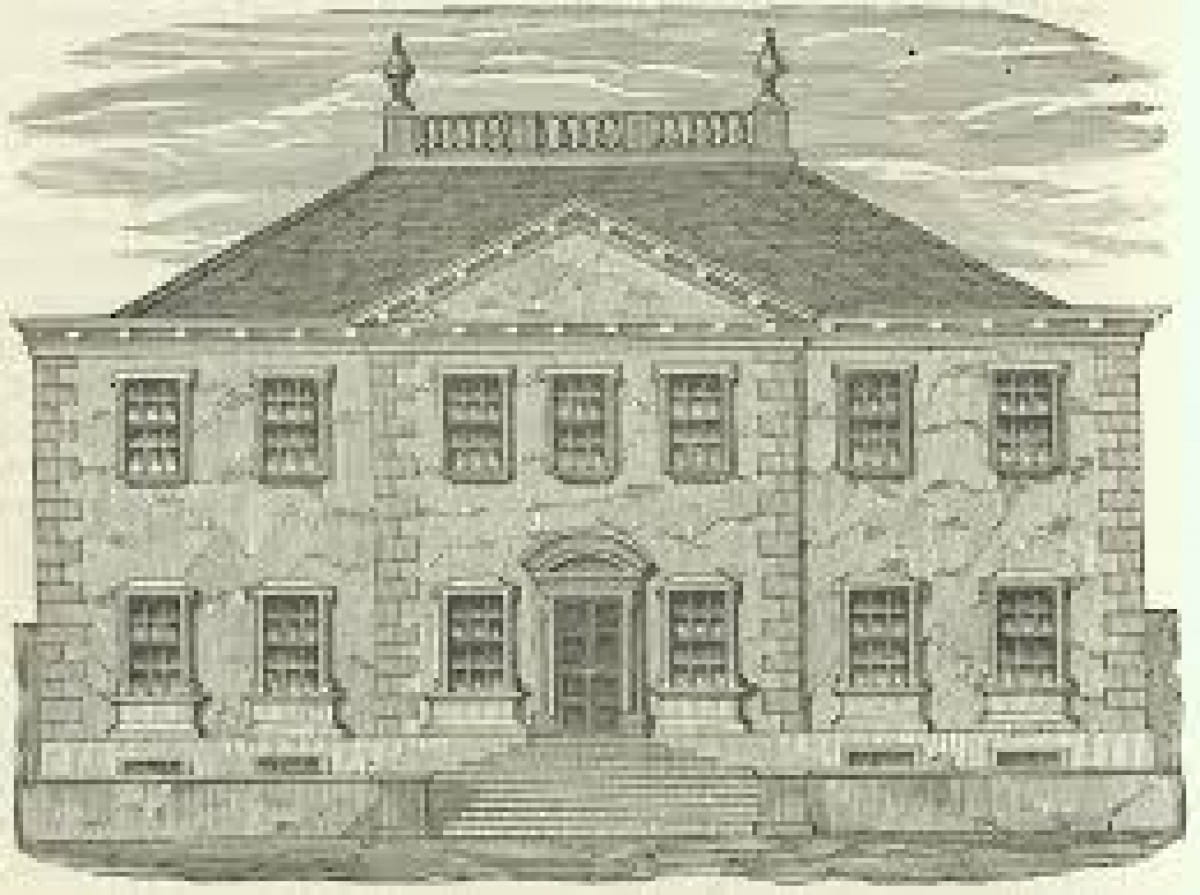 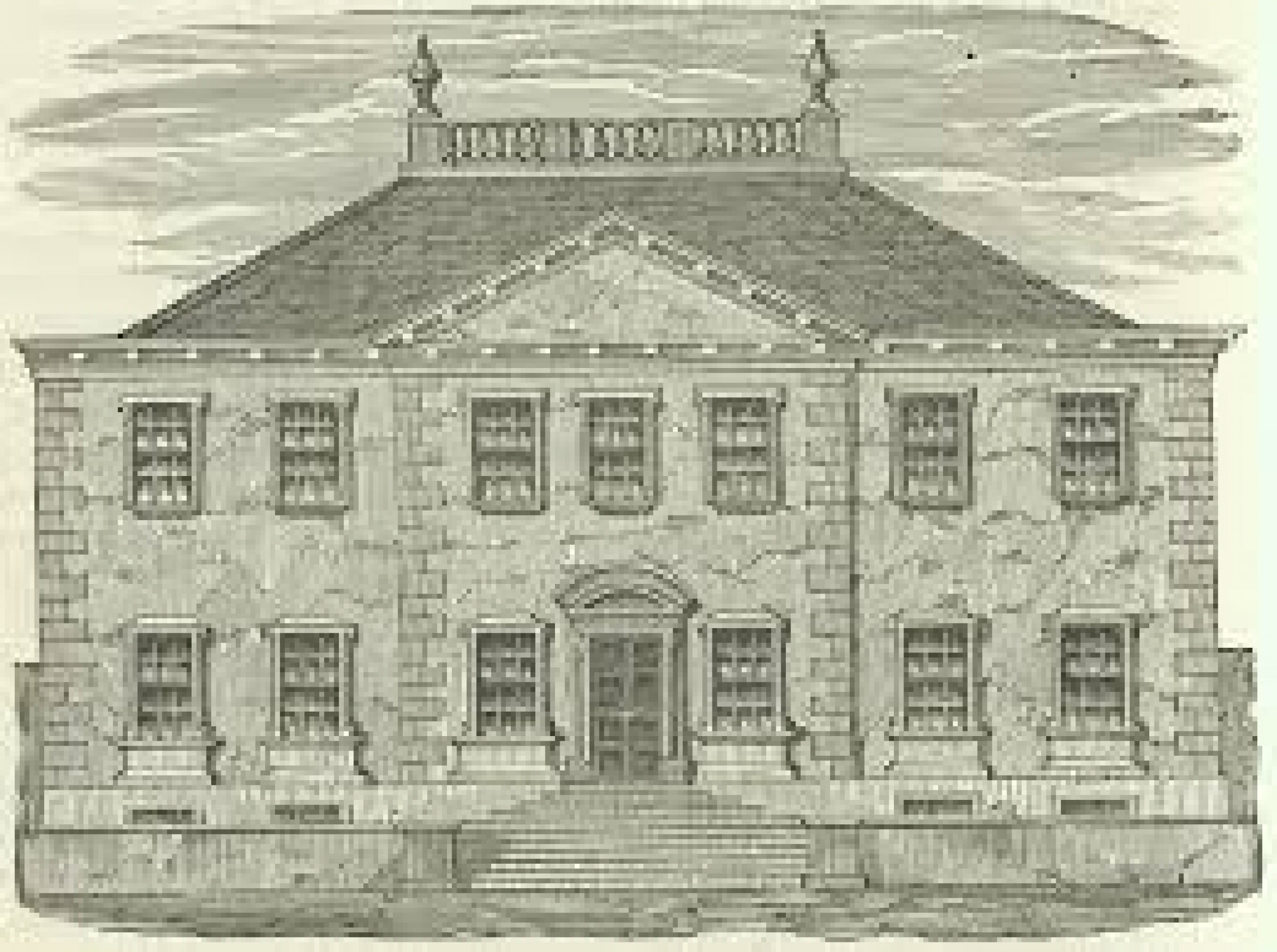 Walk along the Trongate today, and you can admire the former National and Commercial Bank building, on the corner of Glassford Street. If you'd taken the same route on June 23, 1725, you might have got mixed up in a riot.

For a narrative of the tumultuous events, I turn to Jack House's brilliant 1965 book, 'The Heart of Glasgow'.

The Shawfield Mansion, which once occupied the site, was considered the grandest house in Glasgow. It was built by Daniel Campbell of Shawfield, a wealthy tobacco lord, plantation owner, slaver, and the MP for the Glasgow district. He had already made himself unpopular with with his fellow citizens due to his views on raising tobacco tax, but what really infuriated them was when he voted in favour of a new malt tax, which added threepence to the cost of every barrel of beer brewed.

In Glasgow, long before the arrival of clean water, beer was safer to drink than the local well water, which could kill you. Beer was drunk with every meal, including breakfast, and even children drank weak beer - 'sma' beer' or 'sma' ale'.

The first day of the new tax was June 23rd, and when the excise officers tried to impose the tax there were crowds of citizens to oppose them. Mob gathered here and there, shouting 'No malt tax!'

At the end of a day of excitement they were stratled to see two companies of infantry marching into the town. They were making for the city's Guard House, on the corner of Candleriggs and Trongate, but the crowd got their first. They attacked the town's officers, threw them out of the Guard House, locked it, and took away the keys.

Then the word got around that Campbell of Shawfield had ordered the troops into town. The crowds dispersed to find weapons, and then, with hatchets, axes, knives and scythes, they attacked the Shawfield Mansion, shouting: "Down with Shawfield's house! No malt tax!"

Daniel Campbell had prudently removed himslef and his family to his country house, at Shawfield, The few servants he had left in the city were swept aside as angry Glaswegians wrecked the mansion, carrying off furniture to start fires in the streets.

Meanwhile, the soldiers were still trying to get back into the Guard House, and Captain Bushell, of Lord Deloraine's Regiment of Foot, decided to ask the city's Provost and magistrates if he should parade his men, to intimidate the mob.

It was well after midnight when he traced them to an inn in Princes Street (today's Parnie Street). They were having a pleasant dinner there, and had not even heard of the gutting of Shawfield's mansion. It's doubtful how serious the Provost and his baillies thought of the affair, but they told the captain not to parade his troops. By morning, however, they had more sober thoughts, and decided to give the captain the benefit of their advice.

But, as they returned along the Trongate from the Tollbooth, they saw Captain Bushell form his men into fighting squares in the middle of the street. They were surrounded by a hug crowd, who were throwing stones at the soldiers. Captain Bushell gave the order to fire and troops aimed directly into the rioters. The crowd retreated, but to the town magazine, which they burst open and armed themselves. Others ran to to ring the city's fire bell, to alert the whole city to the trouble.

Provost Miller saw that the Glaswegians would annihilate the troops, so ordered Captain Bushell to retreat.

This he did, with he and his men pursued all the way to Dumbarton Castle, with both sides exchanging fire all the way.

By the time he had reached Dumbarton, the citizens of Glasgow found that they had suffered nine dead and 17 wounded. The Captain lost two soldiers, but one escaped from the mob and the other was rescued by some locals who thought things had gone far enough without a lynching.

The London Government was vastly alarmed by the rioting and two weeks later General Wade marched into Glasgow with Deloraine's Regiment of Foot, six troops of the Royal Dragoons, one troop of the Earl of Stair's Dragoons, and a company of Highlander, and one cannon. This was enough to overawe even Glaswegians and Wade took over the town with no trouble. With him was the Lord Advocate from Edinburgh, Duncan Forbes of Culloden.

Forbes investigated the Shawfield Riot and ordered 19 people to be apprehended. He also ordered that the city's Provost and magistrates should be incarcerated in their own Tollbooth. From there, they were taken under guard to Edinburgh Castle, where they were imprisoned. Next day, they also for bail, which was granted, and high-tailed it back to Glasgow.

About six or seven miles from the town they were alarmed to see a great crowd of horsemen riding towards them. But then they heard the sound of cheering and realised this was welcome committee of 200 of their fellow citizens, who had ridden out to greet them.

The horsemen formed a guard of honour for the Provost and the baillies and, as they entered Glasgow, the bells began to ring and the citizens turned out in their thousands to cheer their civic heroes.

No further proceeding were taken against the Provost and magistrates. The 19 ordinary citizens were not so lucky. Two of them, a man and woman, were sentenced to perpetual banishment from the city, nine were whipped through the streets of Glasgow, and eight received long prison sentences

But what of Daniel Campbell?

He claimed public compensation.for his wrecked mansion, forcing the city to pay him £6,080 - an enormous sum in 1725, and used the windfall to buy the islands of Islay and Jura, becoming Campbell of Islay, instead of Campbell of Shawfield.

More about daniel campbellMore about malt taxMore about shawfield mansion