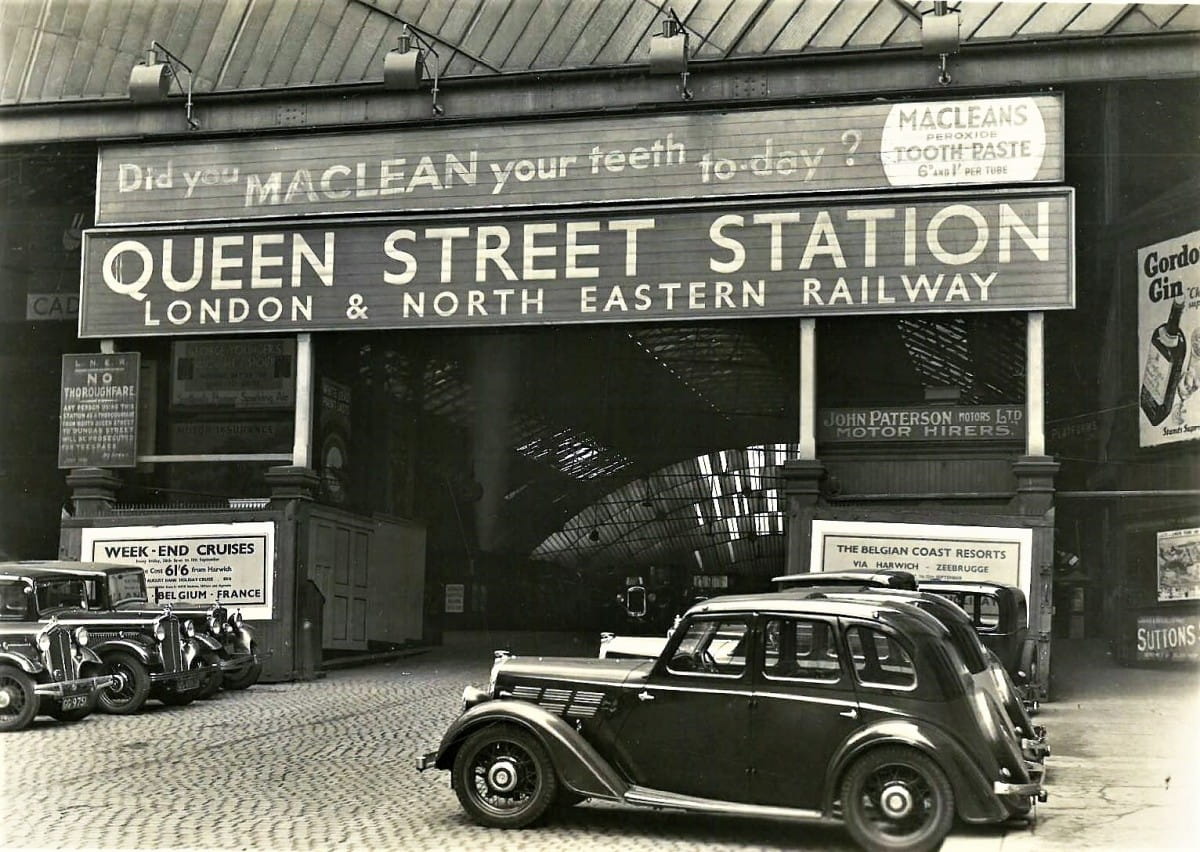 Many happy returns (and singles)... 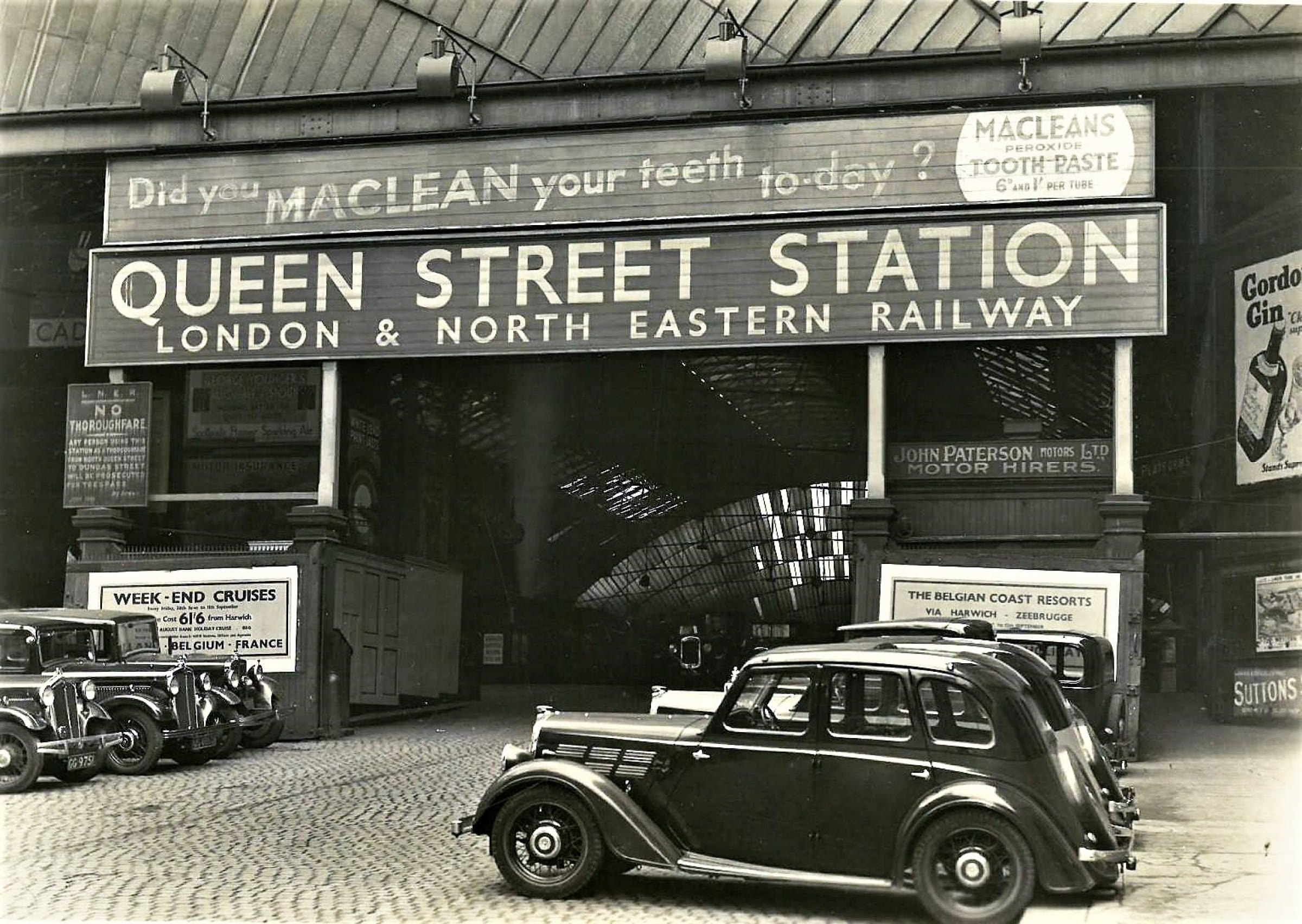 On this day, in 1842, the first passenger missed the first train from Queen Street Station.

Then known as Dundas Street Station, Queen Street opened on February 21 1842 as the Glasgow terminus of the Edinburgh & Glasgow Railway.

Back then, the journey to Edinburgh took two-and-a-half hours, and, in the days before Greenwich Mean Time, once in Auld Reekie, Glasgow arrivees would have to reset their pocket watches, as the capital's clocks ran four-and-a-half minutes ahead of ours (which meant no matter what time you arrived, you'd just missed your tea!).

Built on the site of the infilled Bell's Quarry, which dated back to Medieval times, the station has seen a fair few changes over the years, and is currently undergoing another facelift. The great cast-iron and glass canopied engine shed which has been partly revealed by the recent works arrived in 1878-1880 when the station was upgraded by the North British Railway Co., who, looking to the example of the nearby St Enoch Station, also introduced electric lighting.

Such was the excitement caused by this 'miracle' new lighting that folk would visit both stations just to gaze at it, and be bathed in its luminous glow.

They were probably as excited as their grandparents had been at Christmas 1841, when the Queen Street Tunnel first opened. Before trains started running, the tunnel walls were whitewashed, and its entire length lit with gas, to allow astonished visitors to walk through it. The money raised from selling tickets went to the Paisley Relief Fund (the whole of the UK was in a deep financial depression), and a charity to help the families of those men injured or killed in the building of the railway.

Never the biggest or most glamorous of Glasgow's mainline stations (those honours went to St Enoch and Central), I've always had a soft spot for Queen Street.

Here's the George Street entrance in August 1936, when well to do Glaswegians could park their cars right outside the door. Gaze into the luminous gloom and you can see the plume of a locomotive letting off steam - like a mighty whale spout.

Doing my sums, the adverts sound quite promising; 66 shillings and sixpence (£3.07) seems very reasonable for a weekend cruise to Belgium or France.

Mind you, if you could wait until 1939, and the outbreak of war, you could get there for nothing!

Now, one final question; did you MacLean your teeth today?