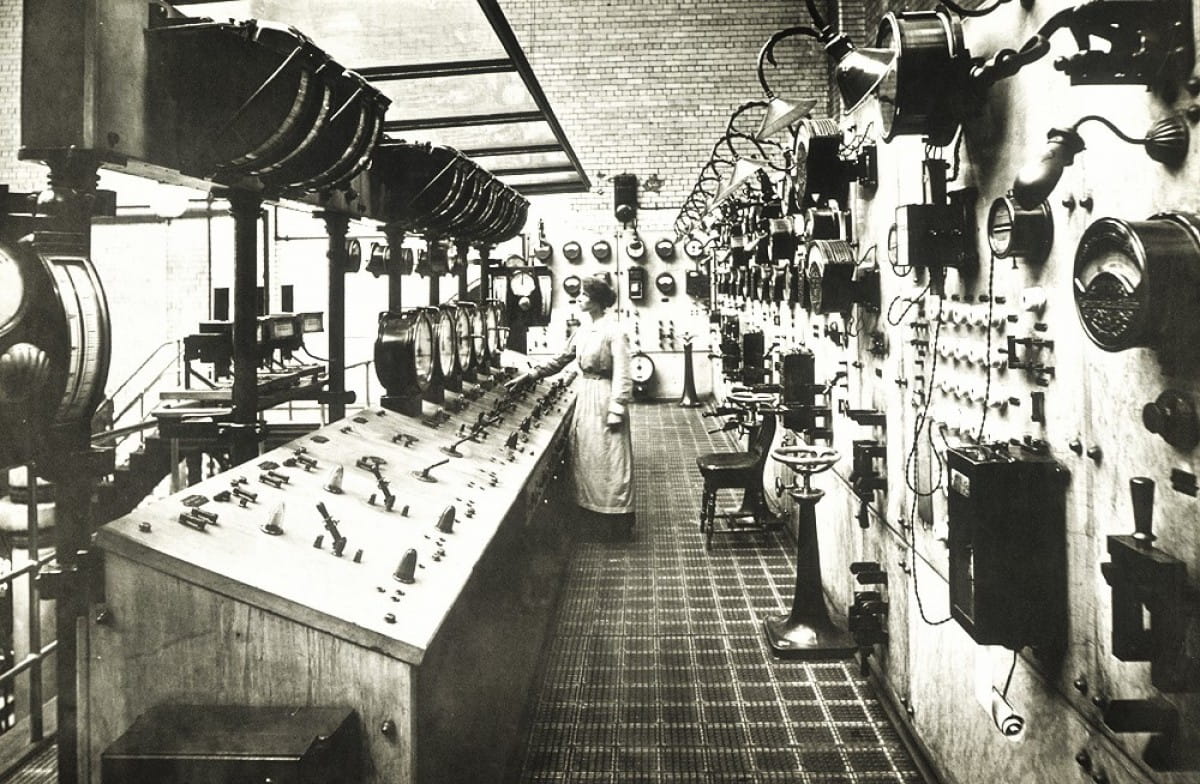 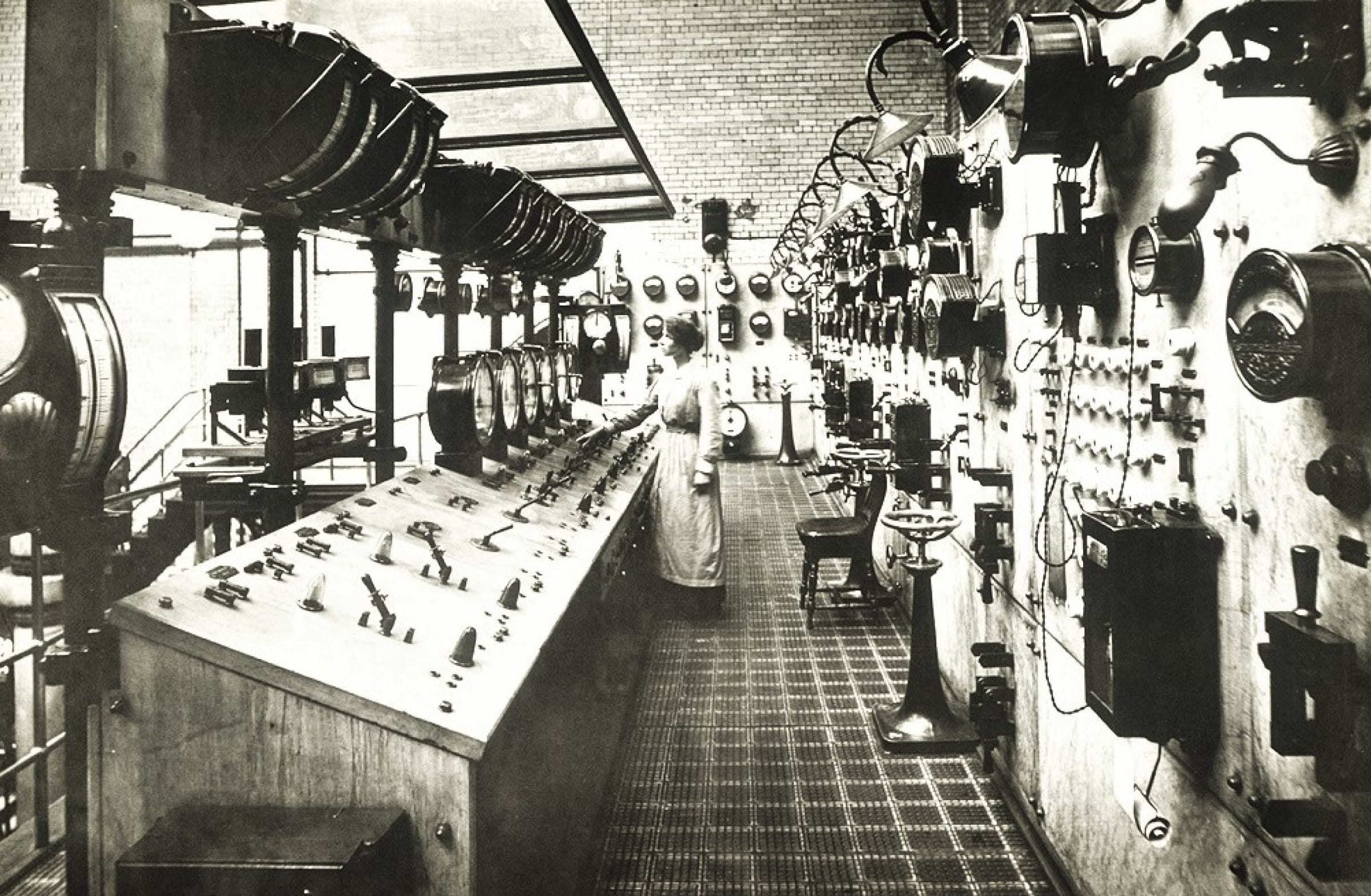 Continuing our countdown to the 50th anniversary of the first Moon landing, today we are in Mission Control - only it's not Cape Canaveral, but Glasgow's own Pinkston Power Station.

Opened in 1900, the coal fired plant was built at Port Dundas to generate electricity for the Glasgow Corporation Tramways network. Equipped with Bellis and Morcom generator sets, the Corporation had decided to electrify the network for the opening of the 1901 International Exhibition at Kelvingrove Park.

A huge cooling tower was added in 1954 and was the largest in Europe at the time.

After passing to the South of Scotland Electricity Board in 1958, it was decommisioned in the 1960s and eventually demolished in the early 1980s.

This picture, taken in 1904, shows the main control board. The identity of the woman in the photograph is unknown, but it is unlikely a woman would have been employed in the control room of a power station before the First World War.

More about 1901More about exhibitionMore about pinkston power station