Muddy at The Maryland 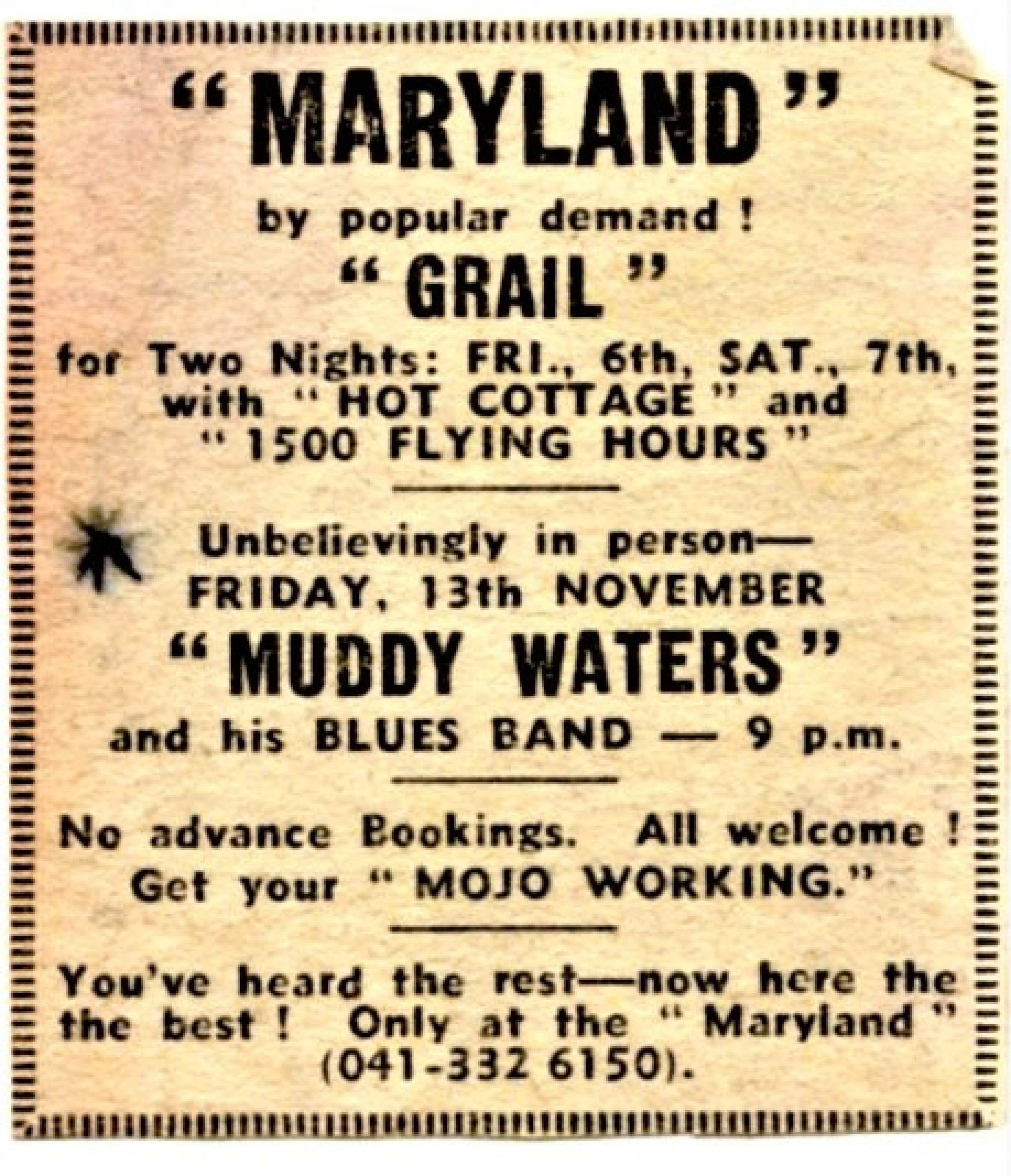 Fifty years ago tonight, Blues legend Muddy Waters - the original house sound of Chicago - hobbled up Scott Street, into the Maryland Club, sat down, plugged in, and damn near blew the roof off the place.

Waters came onstage on crutches, after an accident some months previously, and, by all accounts played a blinder of a set, with the audience refusing to let him leave the stage.

The gig went on so late that club owner Willie Cuthbertson let the people who had travelled specially from the other side of Scotland to see the show sleep on the floor of the venue for the night.

Less than a year later, in April 1971, a smouldering cigarette left in the dressing room saw the Maryland go up in smoke. It would later reopen as Maestros, where I did my early posing, snogging, drinking and dancing, then change names to become the Cotton Club.