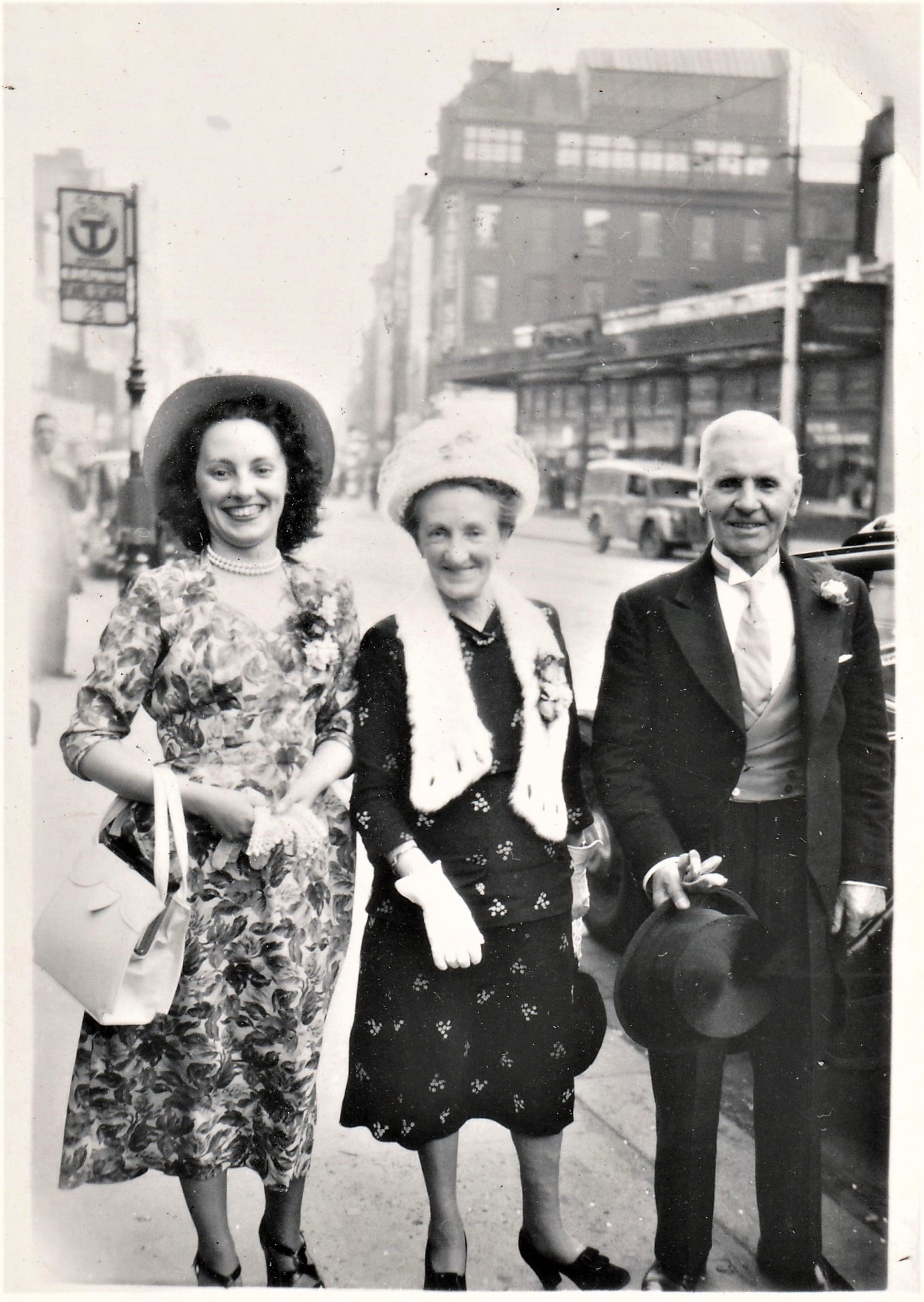 Magic, yesterday, to open a message from a distant cousin, and find myself looking at my darling mum, the granny I never met, and my wonderful grandad - who used to live with us.

Let me introduce you to my own 'dear happy ghosts', Jean, Agnes (Cissie), and Philip Gardner.

It's the summer of 1949, and they're all gussied-up to go to a wedding (still trying to work out whose?). We're in Union Street - almost at the spot I usually catch my bus home from - looking down to the 'Four Corners'. The low building on the other side of the road - a branch of Burton's the tailors - was later demolished for the creation of Rio Stakis's Vega Restaurant, now the Cathouse rock club.

Their location makes me think that the wedding reception was probably in the Ca' d'Oro restaurant and function rooms on the corner with Gordon Street. That said, they could equally have been heading to the Grosvenor Restaurant, in Gordon Street, or even the Central Hotel, where my Uncle Jack was the head barman.

In '49, grandpa, a chief engineer, would still be sailing out of the Clyde, doing his regular, six-week Eastern Mediterranean run. Born in Aberdeen, in 1888, he'd been around the world, under sail, a few times before he turned 21. As I sit, writing, one of his old sea chests sits beside me - not his 'best' sea chest, he lost that, and his best false teeth, when his ship was torpedoed out from under him, off Gibraltar, in the first week of WWII.

I only discovered he had false teeth aged about eight, when, lying on the floor in front of the coal fire, watching Blue Peter, he did a huge sneeze, and they flew out his mouth and hit the back of my napper. Like most young sailors, rather than face the ship's dentist, he'd had all his teeth pulled before going to sea.

With grandpa away at sea for long periods, Granny raised a son and two daughters.

Mum - who probably made her own dress - wouldn't have been long out of Art School, and would have been teaching at Wellshot Secondary School, in the East End. My dad was yet to walk into her life. My big brother and I weren't even a twinkle.

This granny died before I was born, but grandpa, my childhood pal, lived to the ripe old age of 97. Whenever I pass anyone smoking a pipe of St Bruno tobacco, he's magically back with me - then, like a will-o'-the-wisp, he's gone again.

Mum's long gone too, but, like all mums, she lives on in me.