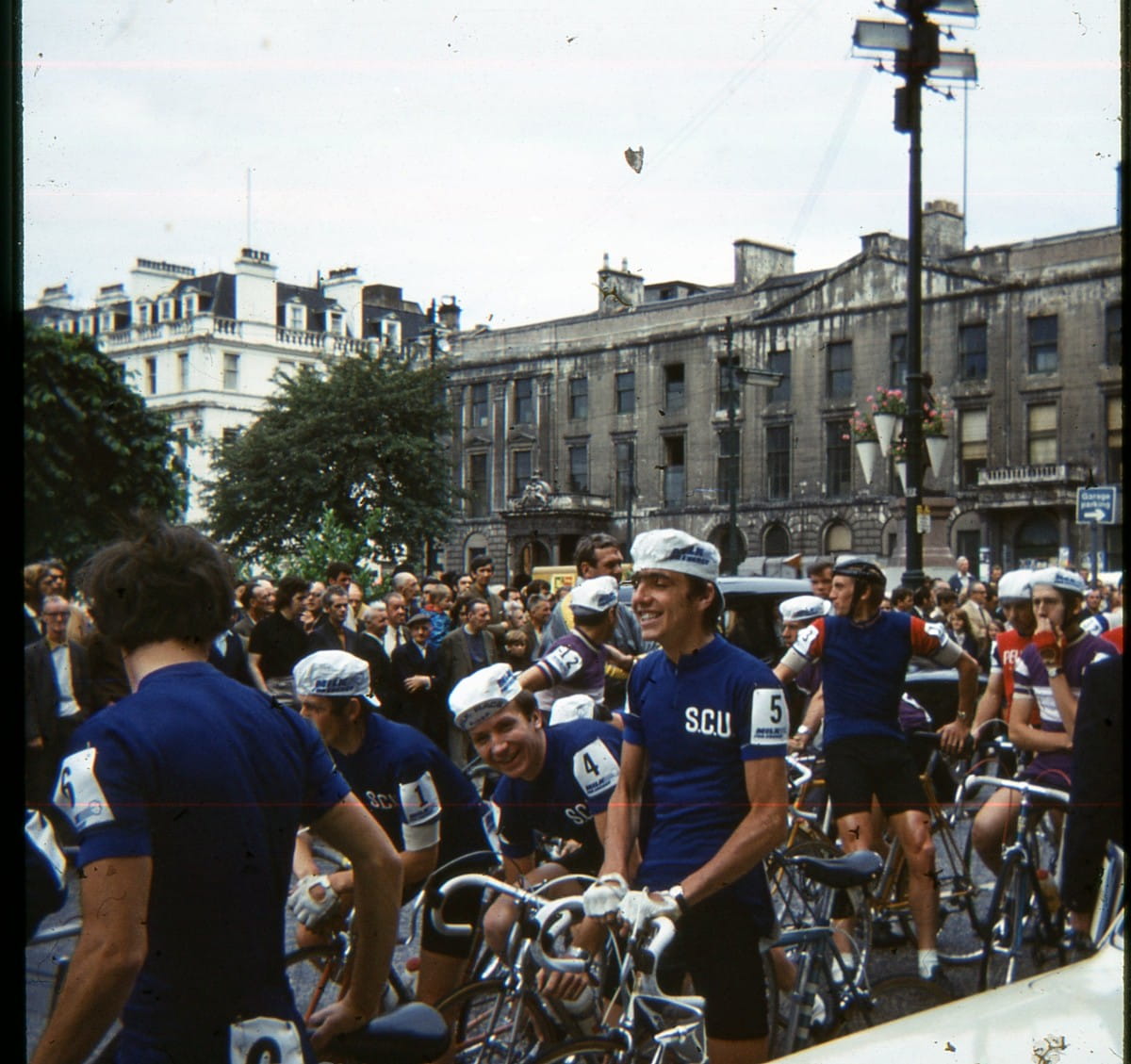 Sep 737
The riders assemble outside the City Chambers 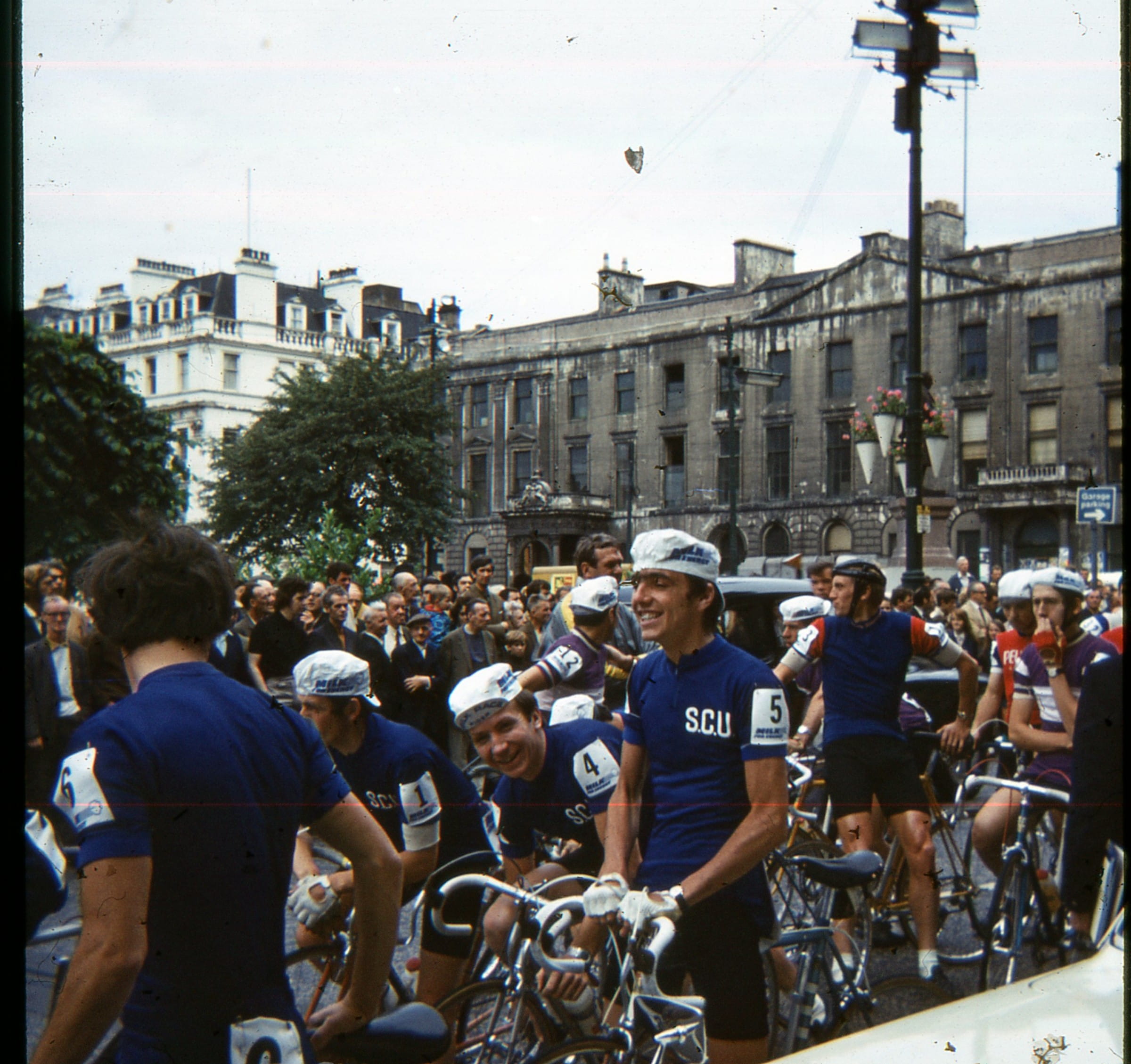 With the Ovo Energy Tour of Britain #TourofBritain about to bring Glasgow to a halt today, it was brilliant to receive these images from Craig Patrick.

Craig says: "My Dad (Tommy) passed away last year, and among all the stuff that my brother and I inherited was a large selection of slides and photographs that had come from my Grandad, Jock Patrick.

"Jock had two main hobbies, cycling and photography, and as well as cycling well into his advanced years, he also used to develop his own photos at home. The pics attached would have been done elsewhere though, as colour slides would have been beyond even his skills.

"These pics were taken at the start of the 1971 Scottish Milk Race, on Saturday 20th July, back when Scotland had its own multi stage road race."

This stage of the race took the riders from Glasgow to Arbroath, with Irishman Peter Doyle winning a sprint finish to claim the Yellow jersey.

The sad looking Georgian block you see in the background was, I think, Cranston's Crown Hotel, then offices for British Rail, before being demolished to make way for today's less than inspiring George House (what the hell were the planners thinking?).

Now, saddle up, we're ready for the off. Don't suppose there's any chance of a backie?