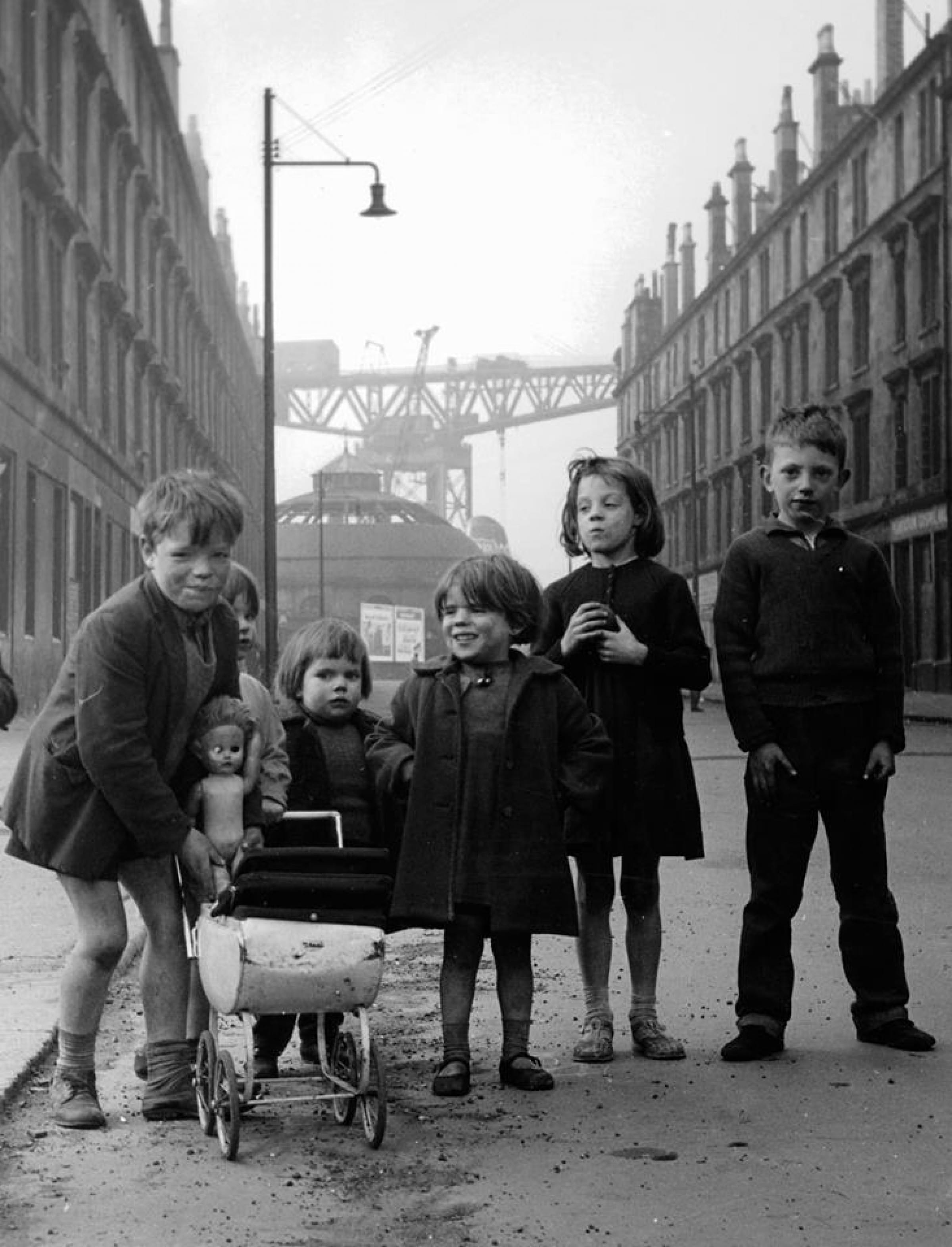 Weans, cranes, tunnels, tenements, prams, pals, and a one-eyed doll - what's not to like in this picture, and the stories it holds?

Taken in Plantation Street, Kinning Park, in 1965, Eric Watt, the photographer, said at the time: "The children were very keen to pose and the wee boy with the short trousers on the left said, 'we have to get Susie's doll in the picture'. There was another half dozen children playing along with this group."

Sadly, with the demolition of the old tenements, new housing now blocks this great view of the southern Rotunda of the old Clyde Tunnel and the Finnieston crane.

Even though the image is black and white, the children, with their smiling faces and tousled hair, remind me of artist Joan Eardley's wonderfully colourful 1950s paintings of the boys and girls of the old Townhead.

When I first posted a poorer quality version of this image, back in 2016, I never thought we’d here back from the kids, and be brought up to date on their lives.

Site follower Robert McKenzie wrote: “This is me and my brother and sisters. That’s me, Robert, in the shorts. Next to me are my sisters Katie Elinor, Liz, and my late sister Mary, and my brother Billy. And yes Susie was my doll and, yes, I grew up to be a happy, gay man.

“I had that pram for years and not only did I use it for Susie but I used haul the washing to and from the steamie with my mum every Saturday morning. It wasn’t my ma’s dirty washing - I used to collect washing from old ladies and take their washing to the steamie. I got half a crown for each load.

“I also used the pram to go up the coal slag heap and fill the pram up and sell it to the old folk for 4 shilling a load.”