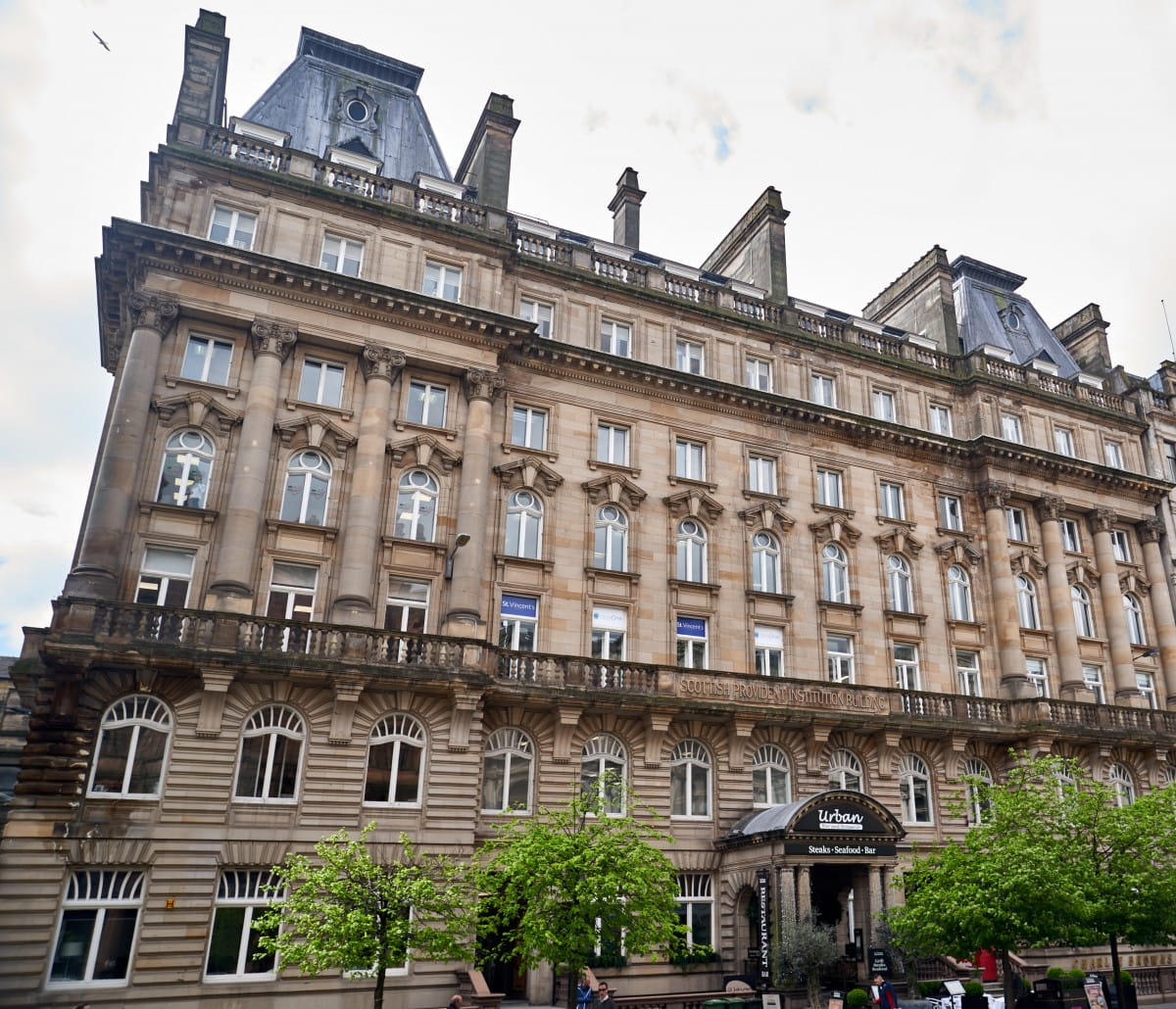 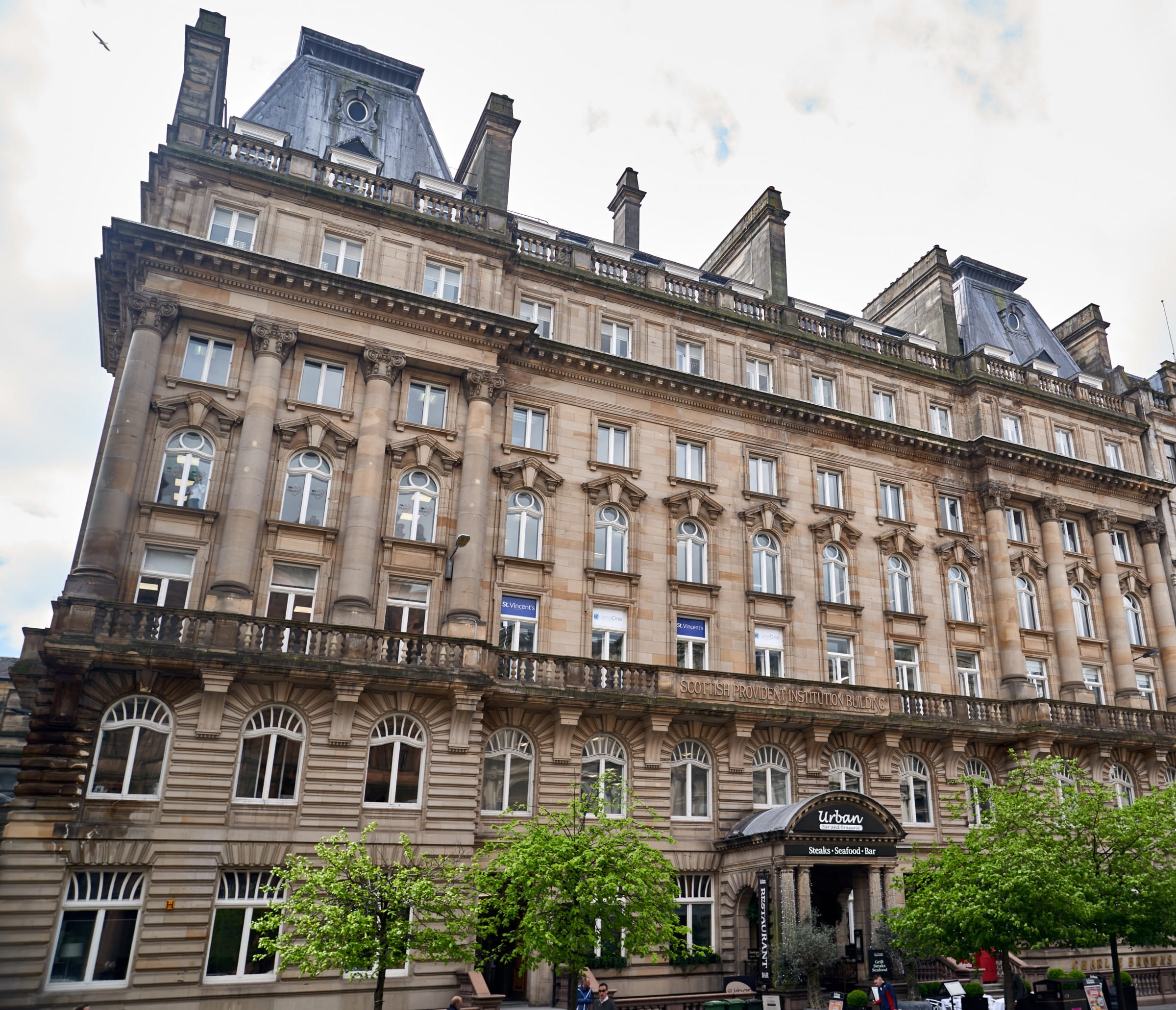 You could be on a smart boulevard or in an elegant Parisian arrondissement, but, in fact, we’re a stone’s throw from George Square in the very heart of commercial Glasgow.

This is the magnificent Scottish Provident Institution Building, a fact it displays proudly above its imposing entrance on 17-29 St Vincent Place

The Category A-listed building was begun in 1904 but was not completed until after 1908. It is a French Renaissance style commercial building with 6-storeys, 2 attics and basement.

Born in Edinburgh, he attended Edinburgh Academy, followed by two years at a school in Elberfeld, Germany. He enrolled at the University of Edinburgh, and was also articled to his father's office.

He then worked in the office of George Gilbert Scott, and later made a Grand Tour in Europe, which is presumably where he got the inspiration for his French Renaissance edifice in the very heart of Glasgow.

The building was always an eye-catcher, as evidenced by this early etching by Glasgow-born artist Tom Maxwell. Apologies for the slightly wonky picture, but I'm experimenting with a new phone scanning app, which removes the reflection from glazed pictures.

I bought the Maxwell a few years back, and I love his work. Although not the most famous figure in Glasgow's late 19th century etching renaissance, his work always has a certain style.

Don't tell the wife, but I have at least half a dozen of his works, including a couple which I've yet to get framed.

Maxwell (1874-1937) was a naturally talented draughtsman and self taught artist who became world famous for his drawings and etchings of street scenes, architecture, landscapes and harbours. He showed work at the famous Connell and Sons Gallery, in London, as well as showing for many years at the Glasgow Institutes of Fine Arts, The Walker Gallery, in Liverpool, The Fine Art Society, in London, and in Boston, USA.

Little is known of his formative years or his education. He regarded the work of American-born maestro James McNeil Whistler as the primary influence on his own etching style and technique. He owned a couple of Whistlers, and was a pen-pal of the artist.

In the days before newspaper photography, Maxwell began his career doing illustrations for the Evening Times, before setting up on his own as an etcher.

Looking at the detail in this etching, I can see crossed flags in the windows, bottom left, suggesting it might be a shipping office.

Who knows, they may even have been bidding on a new work by our man Maxwell...