Portal to the past... 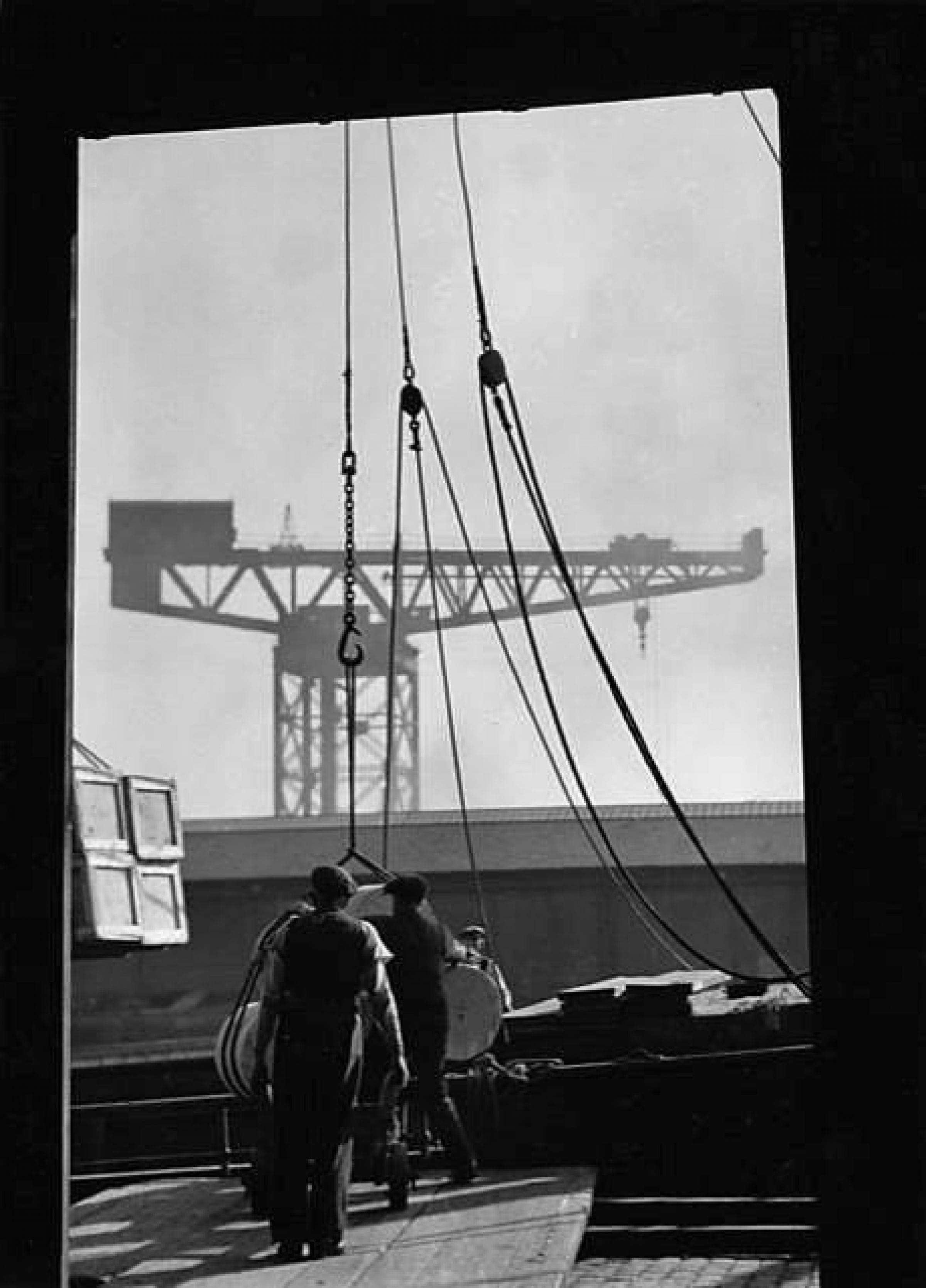 I love this Margaret Watkins image of men loading or unloading a vessel in the old Queen's Dock, in Glasgow.

I love how Watkins has used the huge door to the quayside shed as a framing device, helping to emphasize the light and shade.

Canadian-born Watkins was one of the first female advertising photographers on New York's Madison Avenue, but fled to Scotland in 1928 after becoming involved in a scandalous love affair with one of her married colleagues.

Then, one day, for whatever reason, she put her camera down, packed away all her prints and negatives, and never spoke of her work again.

Before she died, Watkins handed over a sealed chest to her Glasgow neighbour and executor of her will, Joe Mulholland, giving him strict instructions to not open it until after she died.

After her death, in 1969, Joe opened the chest, and found her treasure - her complete photographic archive.

Since then, Joe has organised a number of exhibitions of Watkins' work, both at his Hidden Lane Gallery, in Argyle Street, and in North America.

You can view a selection of her remarkable work at the Hidden Lane Gallery, 1081 Argyle Street, Finnieston.