Dec 229
The corner of Mitchell Street and Mitchell Lane, in August 1892 (Glasgow Libraries) 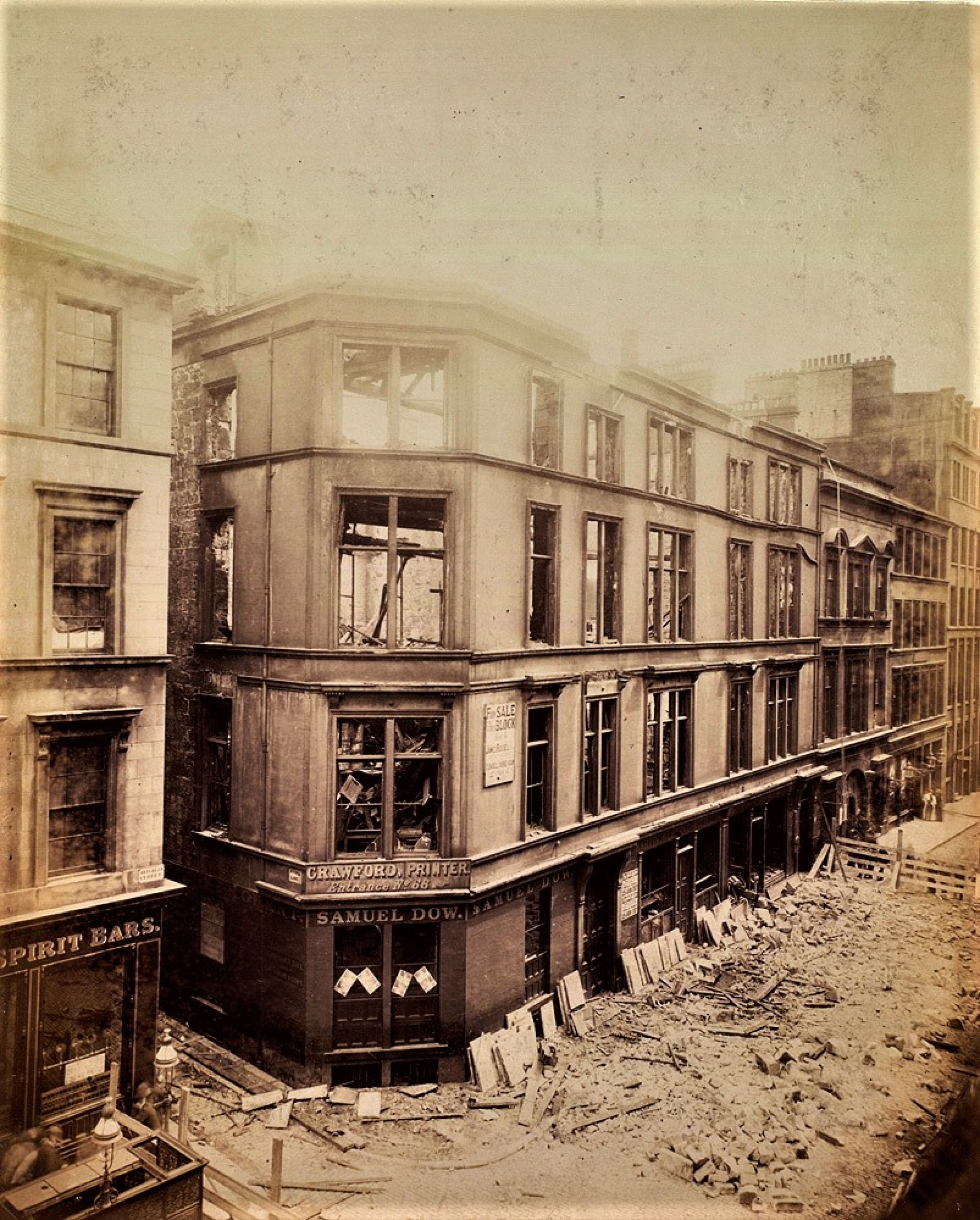 With the pizza pros from Paesano about to become pasta masters, with the opening of Sugo, in Mitchell Street, let's roll back to the days before George Outram and Co employed a young Charles Rennie Mackintosh to build their new press hall for the Glasgow Herald - and it looks like someone had left the gas on!

What's true, is that the smell of printers' ink permeated this corner long before The Herald arrived, with the previous building being home to a printer called Crawford, and the HQ of publican and whisky blender Samuel Dow.

Those white blocks, lined up like so many tombstones, are in fact printers' lithography stones.

The blaze, on 7 August 1892, gutted and the ground floor premises of wine and spirit merchant Samuel Dow, wholesale stationers Martin, Cleland & Taylor and cycle agents Gibbon & Co were burnt out.

The fire started on the building's second floor at about 3am and even though 40 firemen attended the blaze, the roof had fallen in by 4am as the Fire Service concentrated on preventing the spread of the flames. Burning embers were carried on the wind as far as George Square and High Street. As a result of the accident, 250 telephone wires were destroyed.

Knowing how The Herald staff used to pile into those two pubs, or vanish into the subterranean gloom of the next door Imperial Snooker Hall (later to become the Tunnel Club), it's reassuring to know that they were following in the inky footsteps of a previous generation of printers.

Now, if Sugo's pastas are half as tasty as Paesano's pizzas, we are all in for a treat.