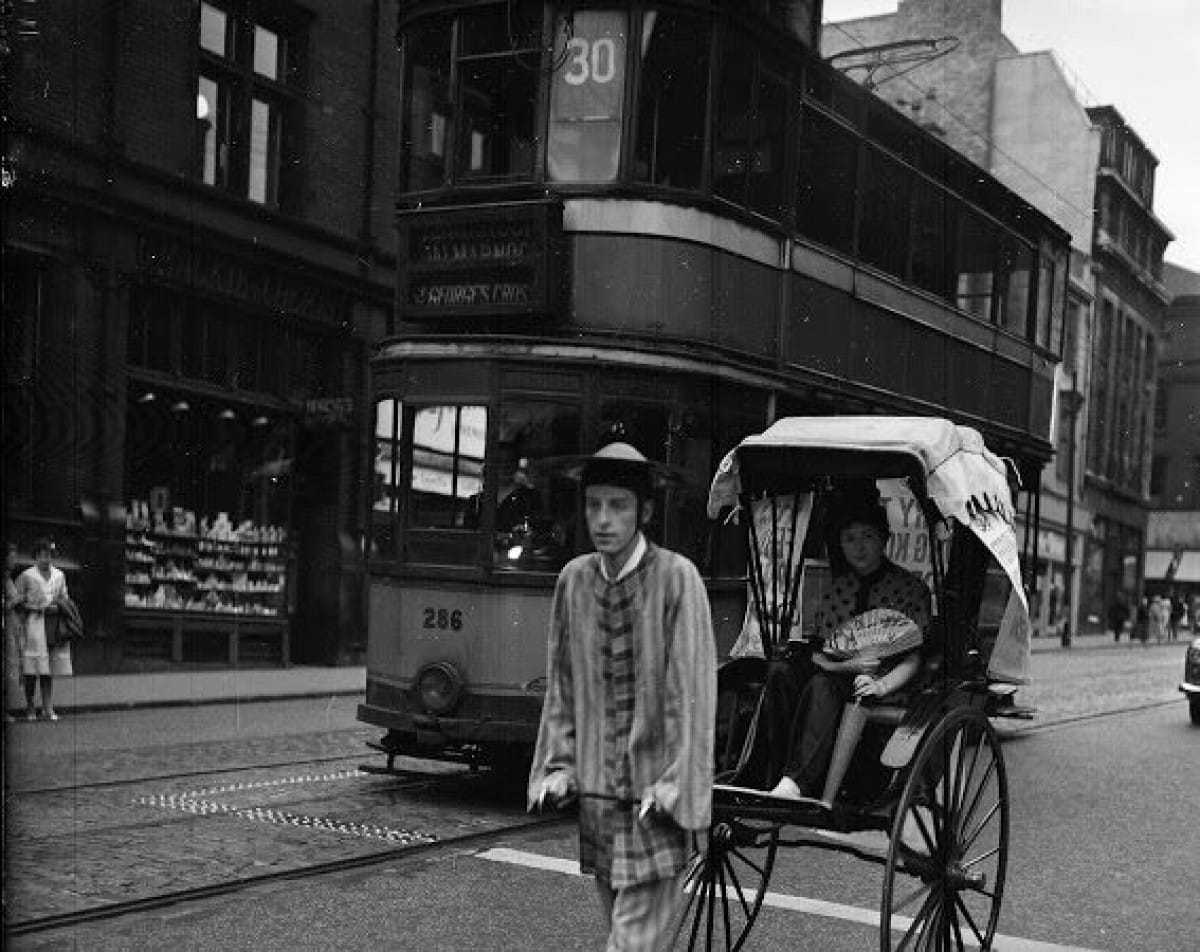 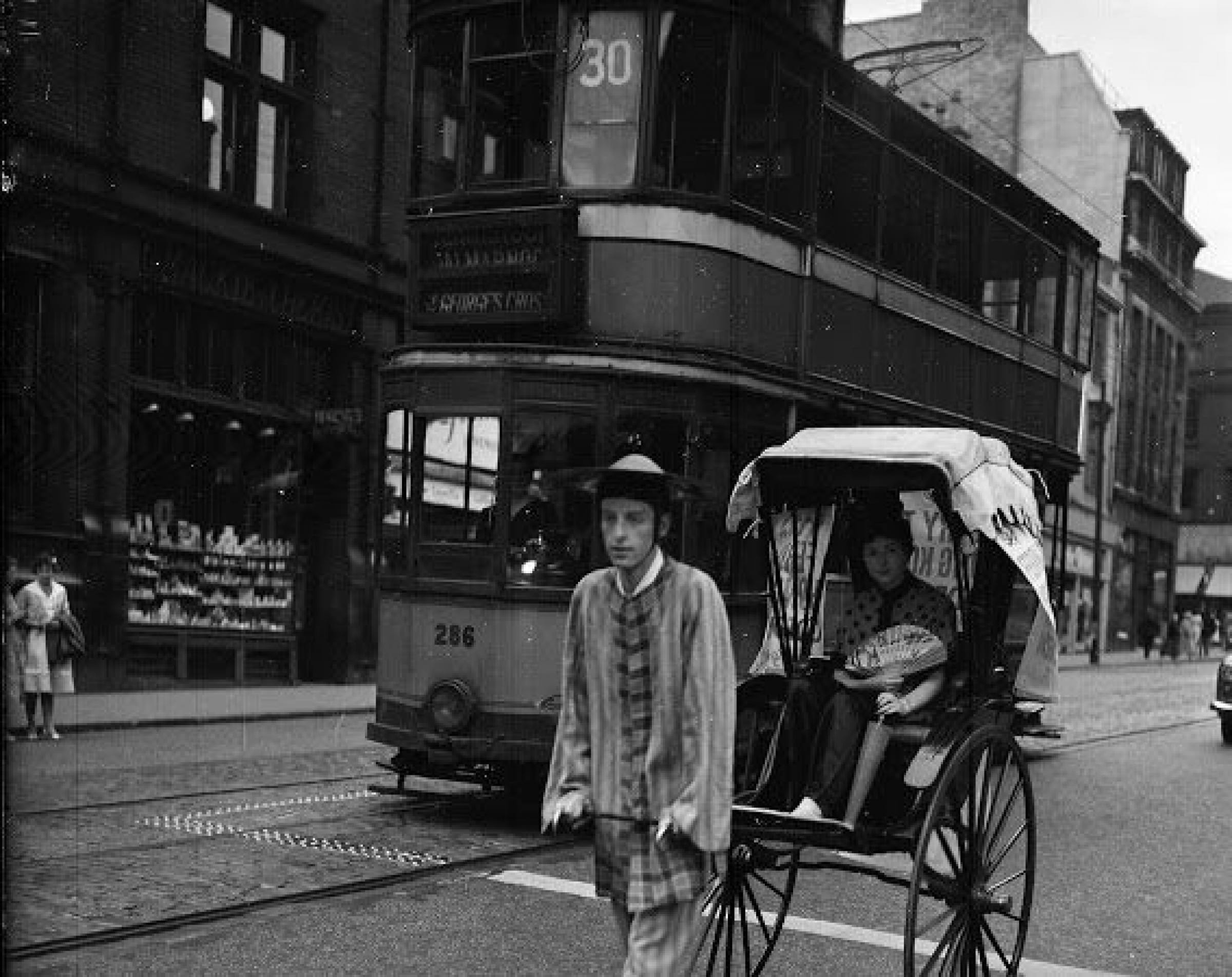 When the film Ferry to Hong Kong premiered at the Renfield Street Odeon, in 1959, the cinema pulled out all the publicity stops, hiring this guy and his 'geisha' to gallop around the town.

And, believe me, the film, a British melodrama/adventure directed by Lewis Gilbert and starring Curt Jürgens, Sylvia Syms, Orson Welles and Jeremy Spenser, needed all the pulling power it could get. Set on board a Chinese junk, the movie wasn't much better, and soon sank without trace.

We believe the guy doing the donkey work in this picture was called Rick Shaw.

Here they are in Renfield Street, preparing to race the No 30 caur to the next stop.