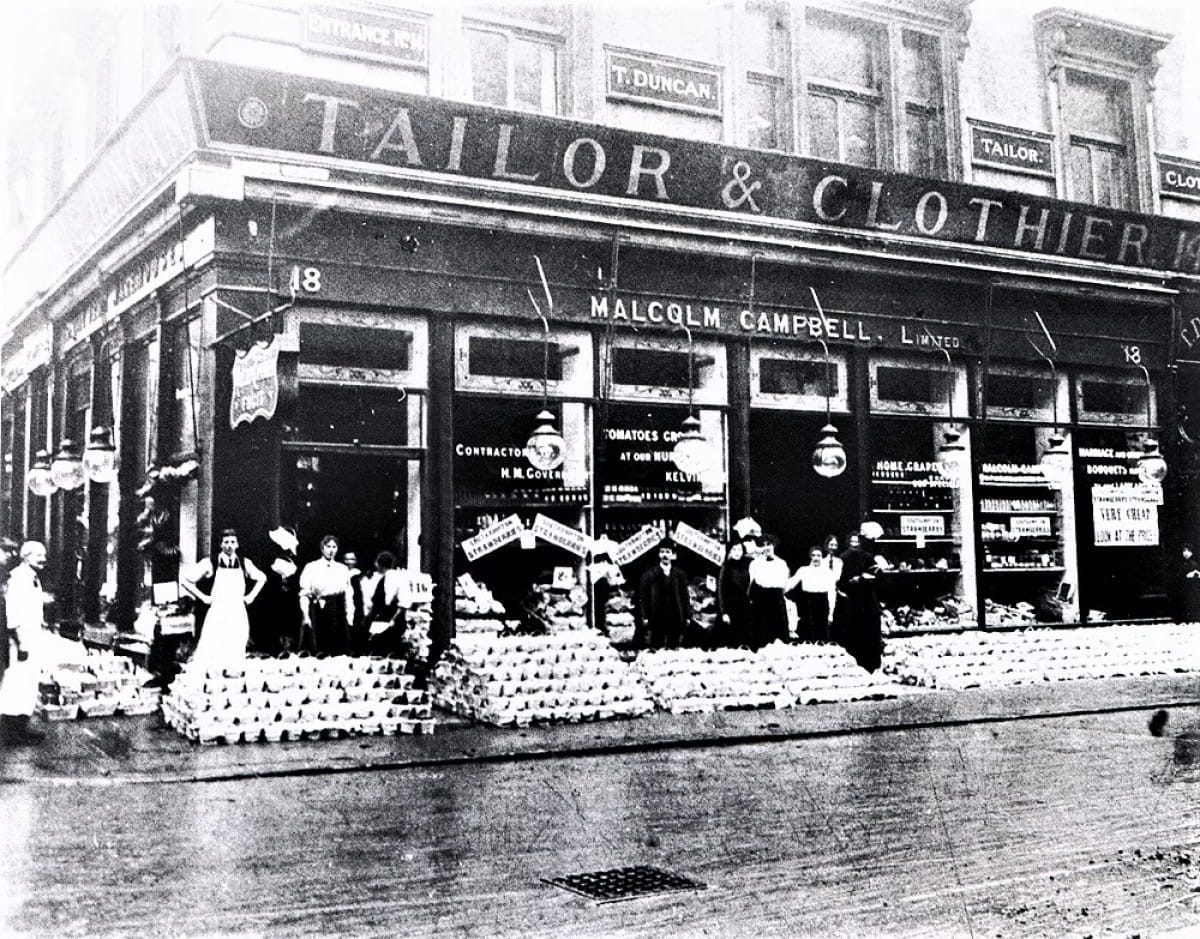 Punnets on the pavement 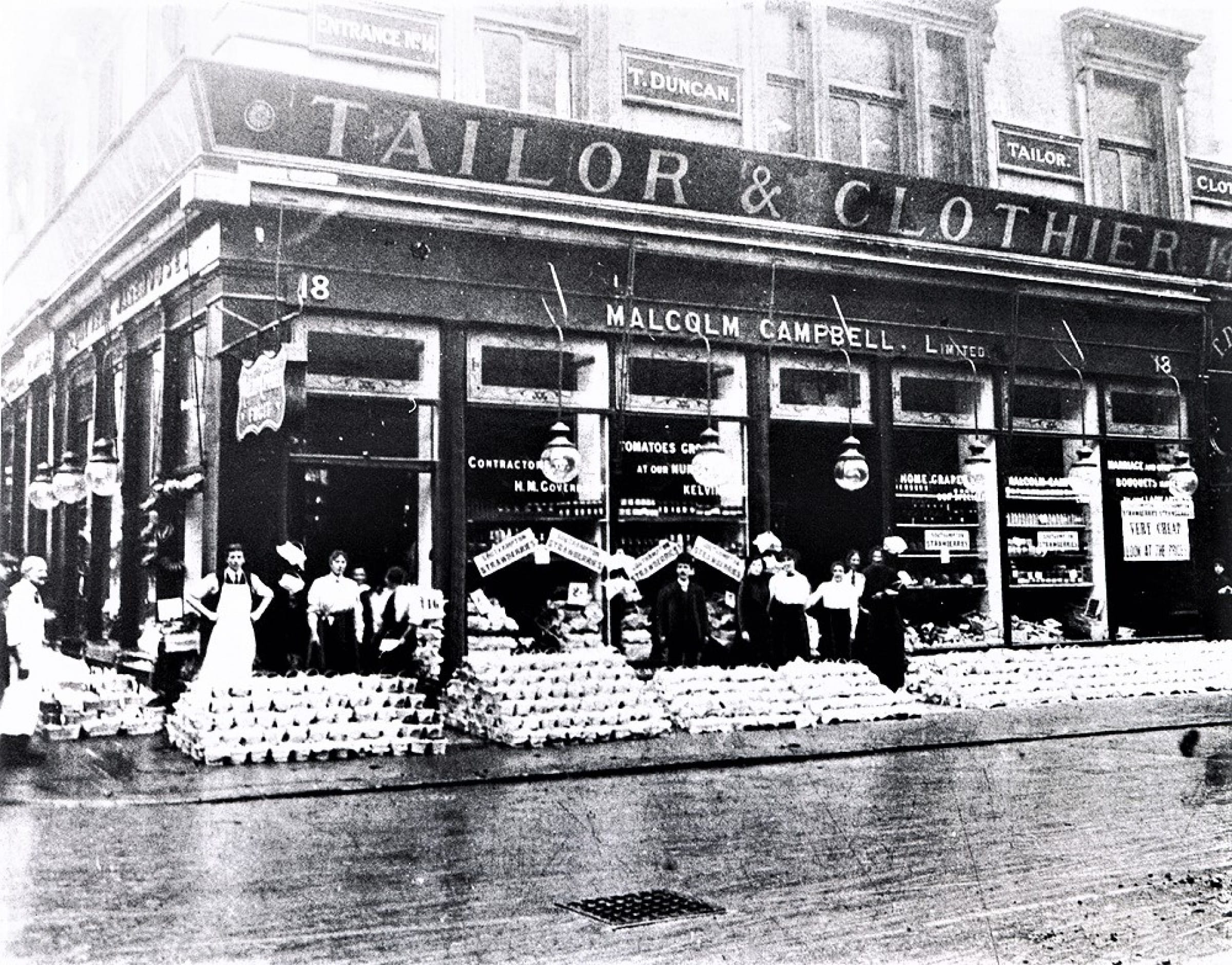 Having just taken a delivery of some homegrown strawberries, from a mate's garden, one sniff and I was cartwheeled back to days lang syne when I would sit, getting sticky, in my grandad's strawberry patch, gobbling down as many ripe strawsers as I could lay my little mitts on.

If I was feeling generous, I might even feed one to our daft dug, who soon developed a taste for them.

Back in 1911, Malcolm Campbell's fruit shop on the corner of West Nile and Gordon Street, was obviously the place to pick up a punnet; the berries nestling safe and secure in their wee wooden boxes. Depending on the stage of the season, the berries would have arrived by rail, at Buchanan Street Station, from Perth and Angus, or come from the berry fields in the Clyde Valley.

Here's the staff with the pavement piled high with punnets to make an eye-catching display. Just imagine how that perfumed the street.

The windows contain advertisements for fresh tomatoes, grown at the firm's own nurseries in Kelvinside.

Malcolm Campbell (1848-1935) began work for the greengrocer Mark Walker in his Gordon Street fruit shop in 1864, and purchased the business in 1878 when Walker retired. He built up a famous chain of grocery, fruit and vegetable shops across Scotland, and diversified into wholesaling. The firm became a limited company in 1899.

The Gordon Street shop, near Central Station, remained the jewel in the Malcolm Campbell crown, with extravagant window displays and promotions to grab the attention of shoppers.

Campbell (who was knighted in 1922) became an arbiter of popular tastes, popularising such fruits as the tomato and imported melons and grapes. He is credited with introducing the banana to Scottish customers, displaying a banana tree in the Gordon Street window in the 1880s.

Although the fruit shops are long gone, the Campbell clan are still in business in Glasgow, except now, rather than strawberries, they deal in property.