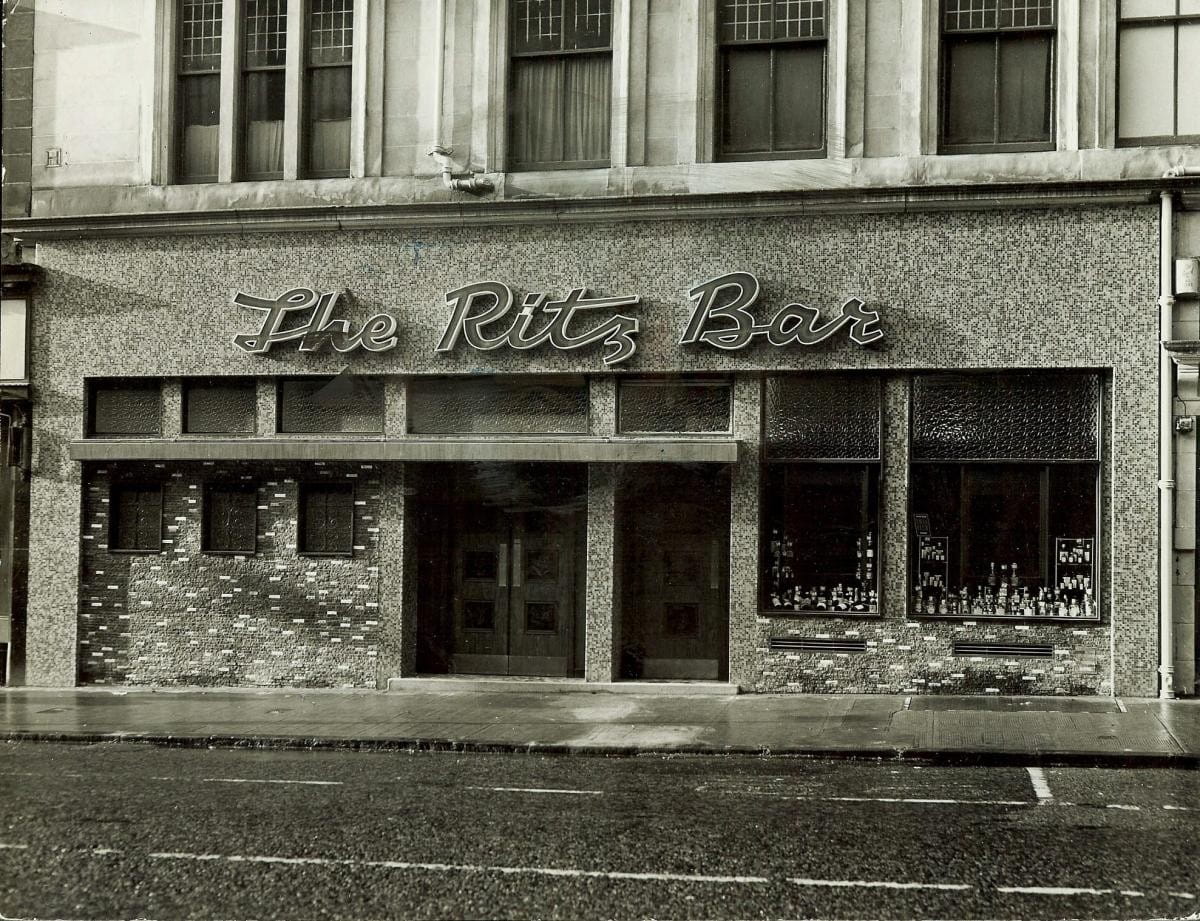 Putting on The Ritz 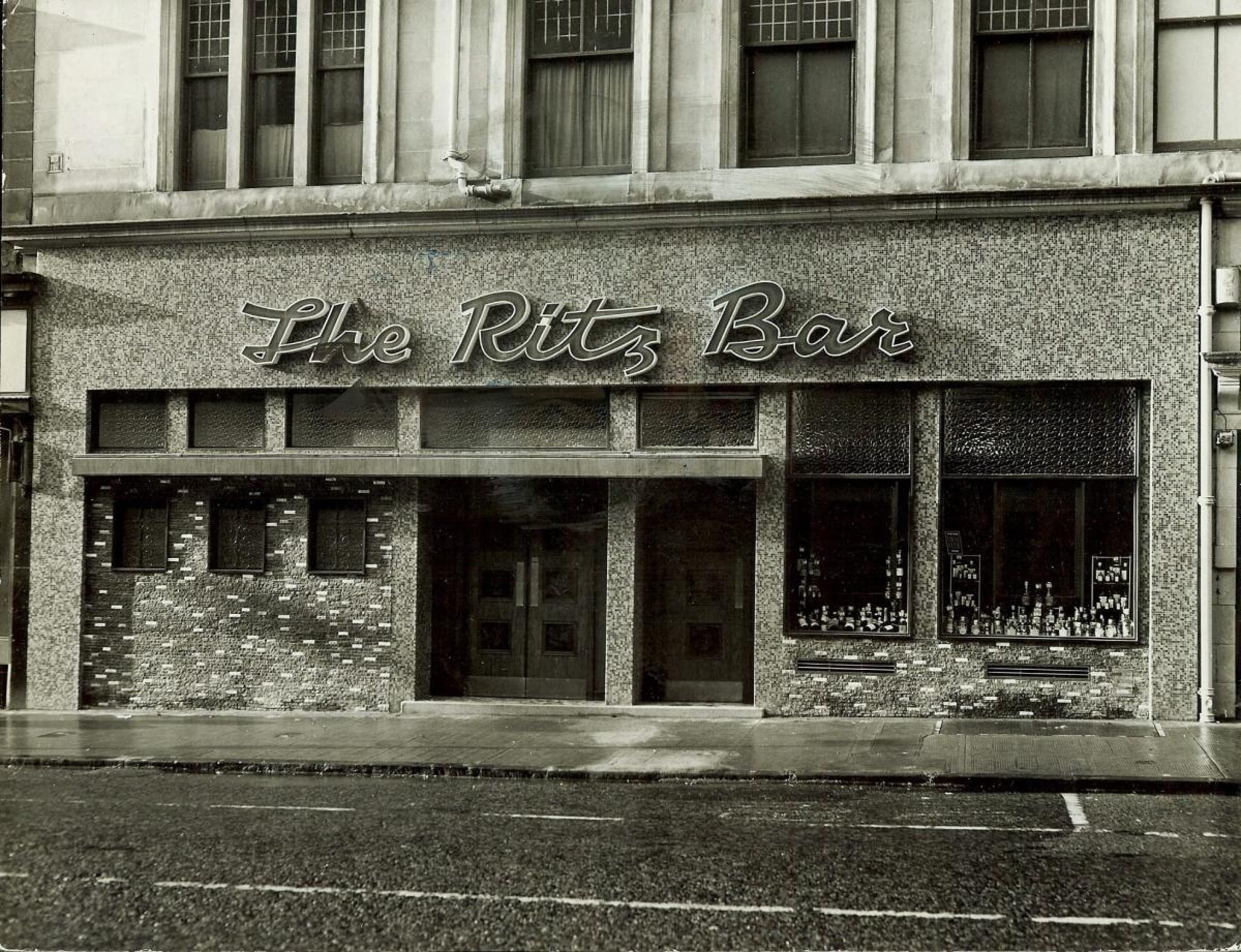 It doesn't look like much, but this is an example of Glasgow's ever changing street scene. This is The Ritz Bar at North Street in 1960 after it had a refit inside to attract more lady customers. Outside there was a wall of grey marble bricks with a mosaic contrast of small green and blue tiles. Naturally the windows were tiny as this was still a time when you didn't want to be seen inside licensed premises. It also had a separate off licence.

An advertisement in the Evening Times said it was only "53 paces" from Charing Cross. Presumably a member of staff was sent to find out. As the ET eloquently put it: "One hundred yards to the south, scholars seeking wisdom in the marble silence of the Mitchell Library have slipped out for a quick one at The Ritz." Custom then was a mixed bag of musicians, office types and officials from the GMB union whose headquarters were across the road.

Since then, of course, the M8 has blasted a concrete canyon through what was the east side of North Street.

In the eighties, the off licence had gone, and the outside was given a polished wooden makeover which contrived to make it look older than it was. Then it became The Black Sparrow - not in honour of the city's once soot encrusted birds - but after California's Black Sparrow Press, the publishers of boozy American author Charles Bukowski.
The next door pub, Chinaski's, is named after the writer's alter ego, Hank Chinaski.
Since then, it's been called Liberté, and is now called The Locale.
Slip out the back door, and you'll find one of the best beer gardens in Glasgow.