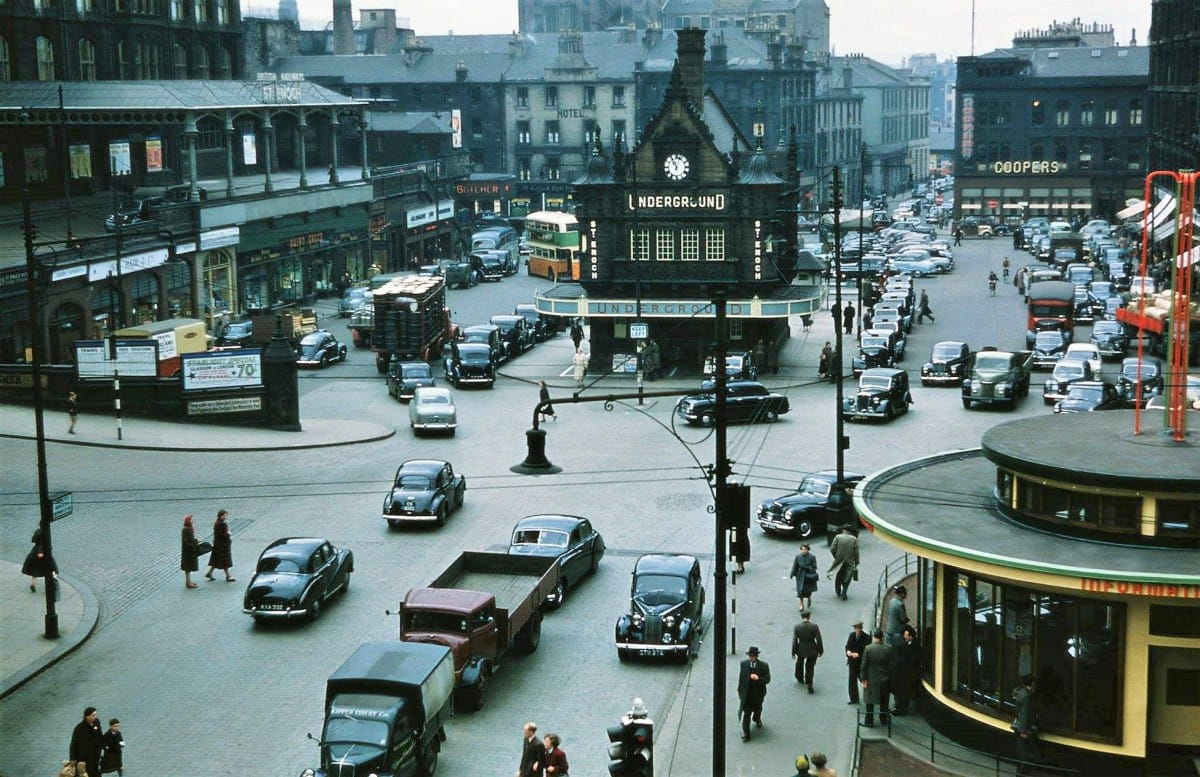 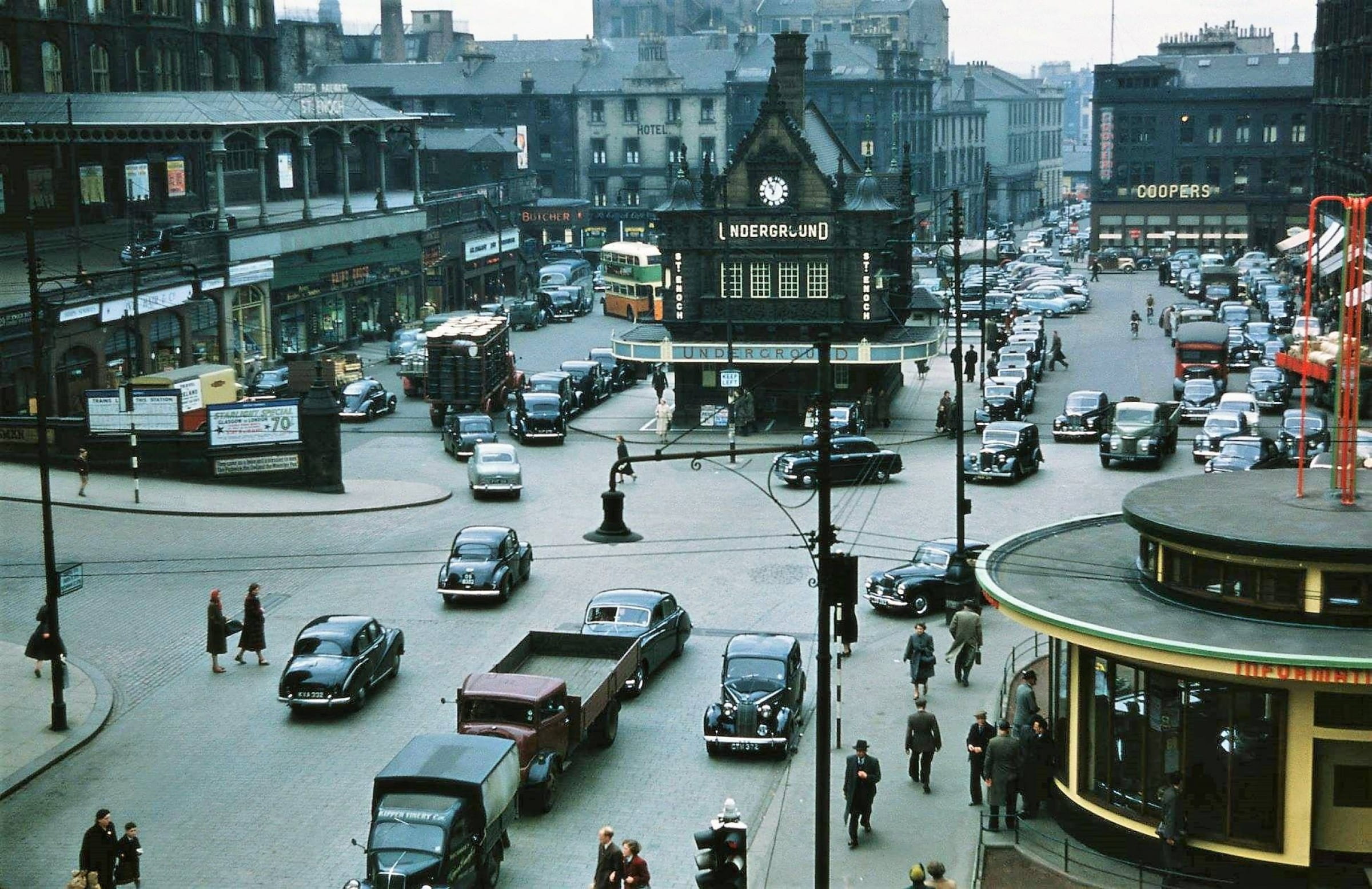 A glorious, colour, glimpse of St Enoch Square, in 1955, when it was all hustle and bustle.

Where to start listing all we can see?

There's Galloway's the butchers, back left. We're just missing its famous 'Meat at Galloway's' sign. Wonder if Mrs Culfeathers has been in for her man's mince?

There's a lorry-load of whisky barrels, probably bound for one of the bottlers or storage facilities in the station vaults off Howard Street.

And, if you look at the ramp up to St Enoch station, there's an advert for the old 'Starlight Special' - the overnight train to London. The service launched on Friday, April 10, 1953, with just over 200 people paying the fare of seventy shillings for the privilege of being the Starlight’s first passengers. The ordinary fare was £5 17s and 4d.

The Starlight season ran until September 18; the service operated on Friday nights only, with ticket-holders returning eight or 15 days’ later.

Below that ad is one of my favourites, and the first bit of 'poetry' I ever learned;

"They come as a boon and a blessing to men,
the Pickwick, the Owl, and the Waverley pen.'