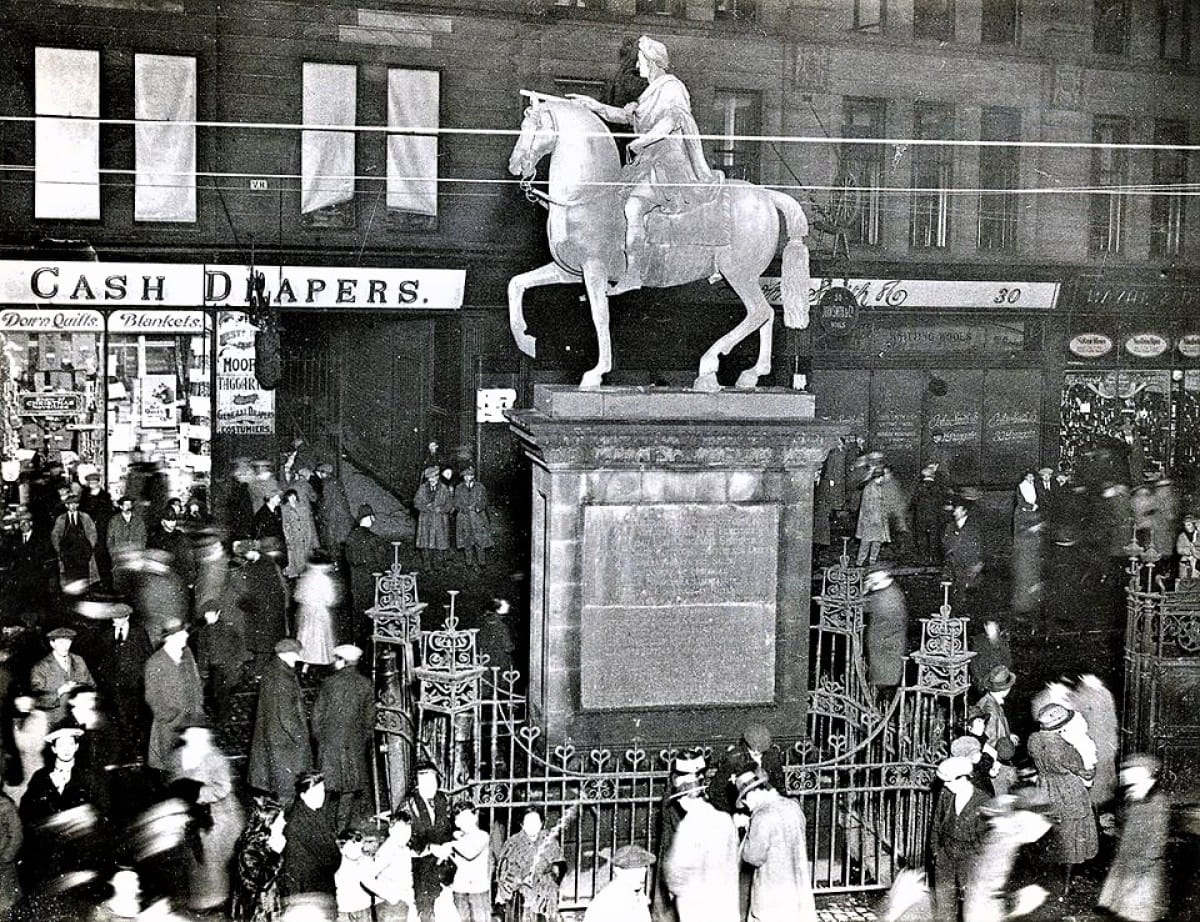 Ring out the old, and ring in the new 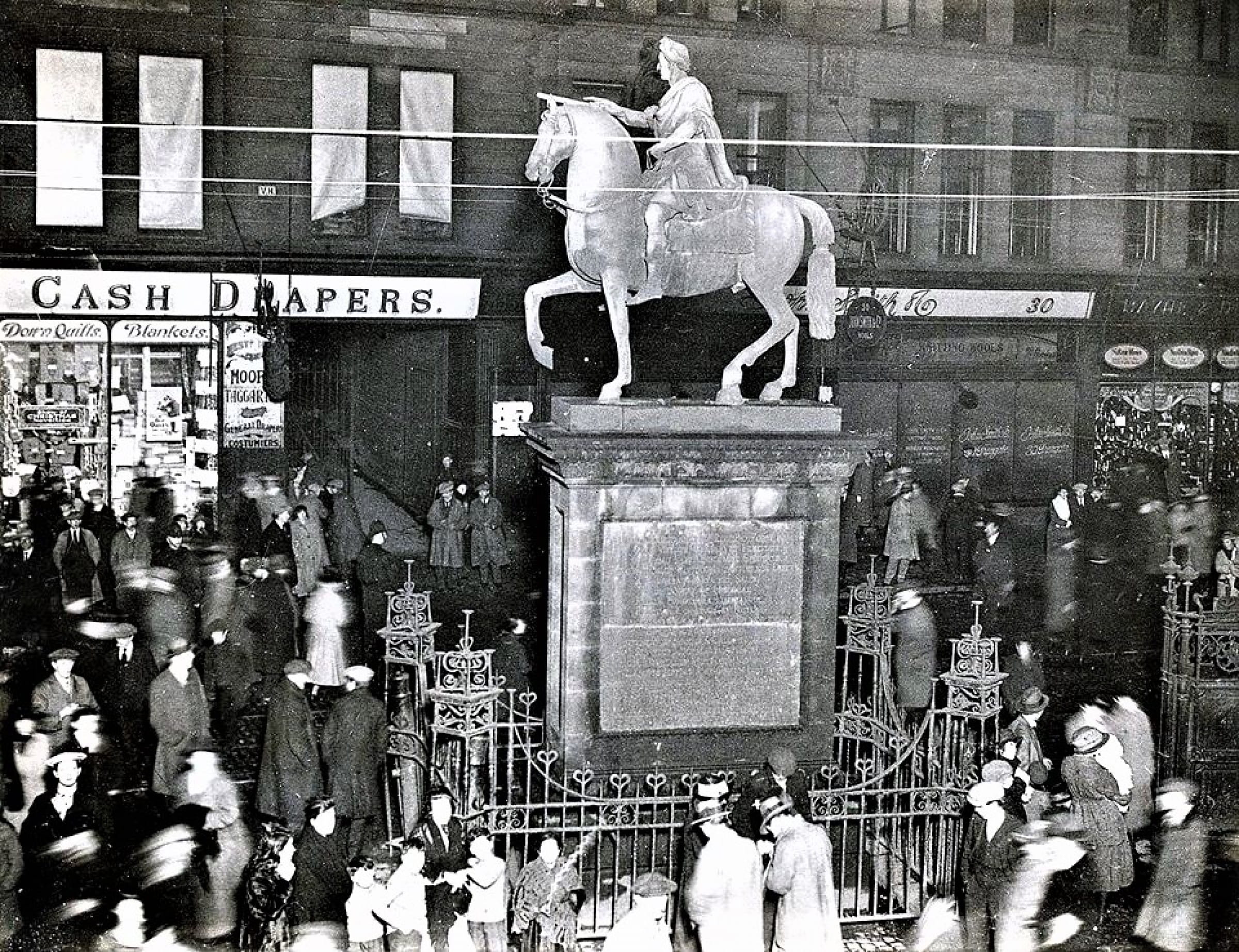 Hogmanay is always a time for looking back, as well as for looking forward - so let's spin back 99 years.

It's the final night of 1920, and, as was tradition in Glasgow, crowds had gathered around the old Tolbooth at Glasgow Cross to hear its carillon of bells welcome in the New Year.

This picture, taken just beside the old Glasgow Cross railway station, shows folk of all ages out first footing. There's men in bunnets, a woman wrapped in a shawl, weans out in their shirtsleeves, two big polis keeping an eye on the shenanigans. I love the big spinning wheel hanging above John Smith's wool shop (just above the horse's tail).

The man on the cuddy - the city's oldest equestrian statue - is King William III, dressed up as a Roman general. Perhaps he was off to a toga party!

The lead statue was presented to the city in 1735 by James Macrae (1677-1744) of Orangefield in Ayrshire. Macrae made his fortune as the Governor of the Presidency of Madras before returning to Scotland. The tail of the statue was attached by a ball and socket joint and would move in the wind.

As Glasgow boomed, the statue, which originally stood outside the old Tontine Hotel, became an obstruction to traffic. In 1897 it was moved a short distance to stand (on a new pedestal) in front of the traffic island at the new Glasgow Cross railway station. It was taken down again in 1923 and put in storage. Three years later it was moved to Cathedral Square, where it remains to this day.

However, and wherever you are bringing in The Bells, Lost Glasgow wishes you all a very happy, healthy, peaceful, and prosperous 2020.