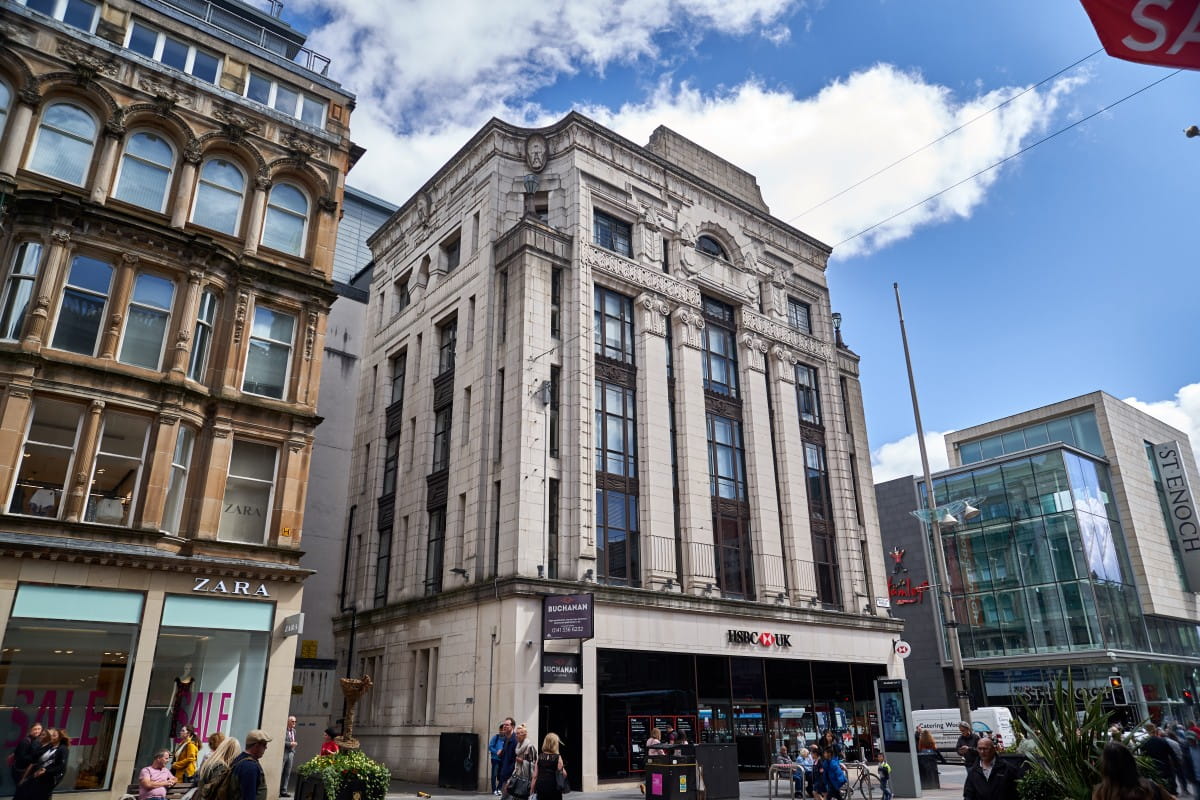 Robert Carlyle and the Full Monty 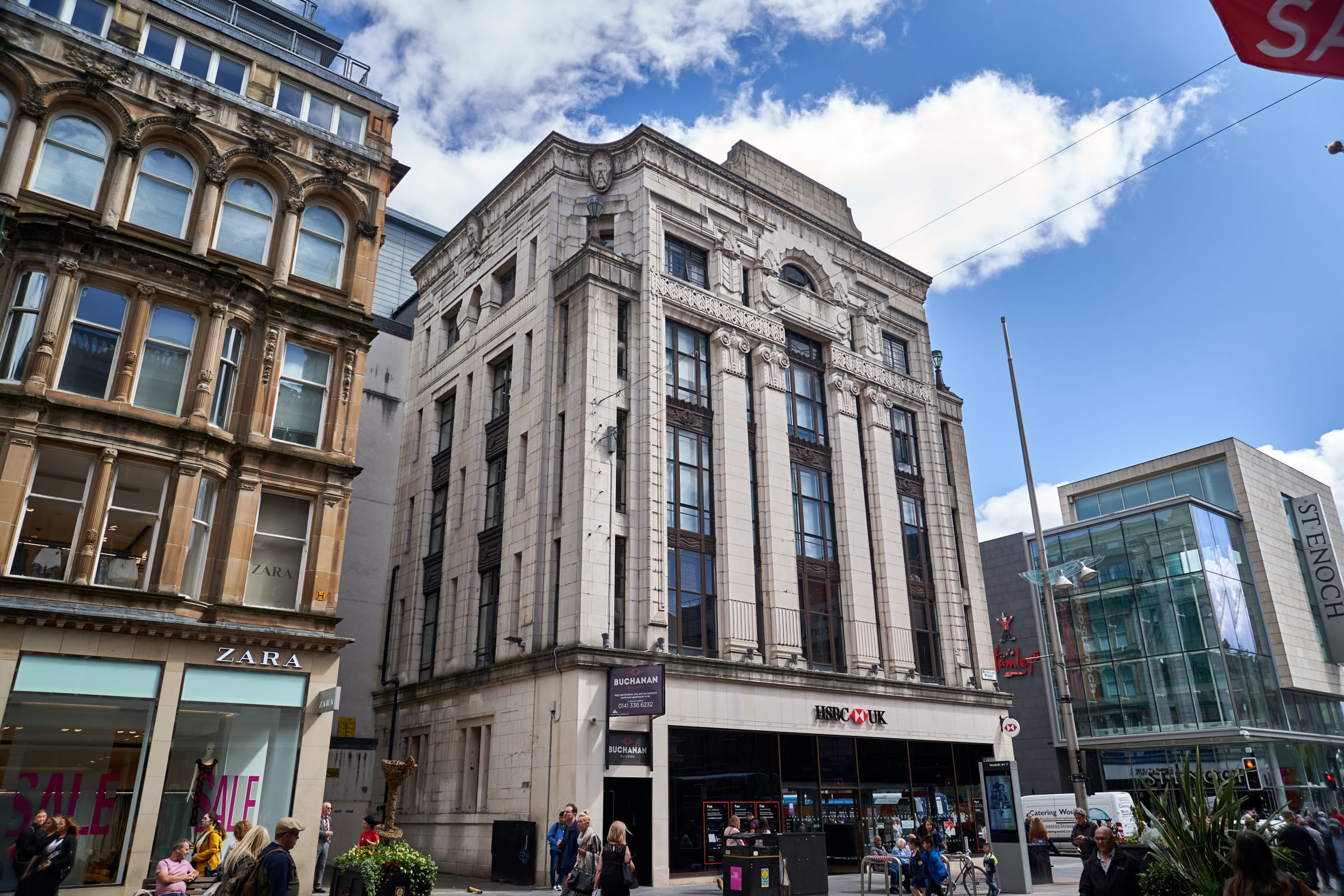 Today it's a branch of a global bank, but for years, No 2 Buchanan Street was home to the Montague Burton department store; its Art Deco architecture in splendid contrast to the sandstone buildings marching up the grand boulevard.

Here at Lost Glasgow, we're suckers for some cusped voussoirs!

Montague Burton was a famous tailor and Lithuanian immigrant, who started his company in Chesterfield when he was 18 and built it up to become the largest multiple tailoring business in the world during his lifetime.

The history of the Burton name is interesting. When Montague arrived in Britain as an immigrant, his real name was Meshe Osinsky and the story goes that he took the name Burton after spending time at Burton on Trent railway station.

And what has any of this got to do with Robert Carlyle? Well apparently, in the heyday of the Burton empire, anyone who bought a three-piece suit complete with waistcoat and spare pair of trousers from Montague’s store was said to have purchased The Full Monty.

More about buchanan streetMore about montague burtonMore about robert carlyle