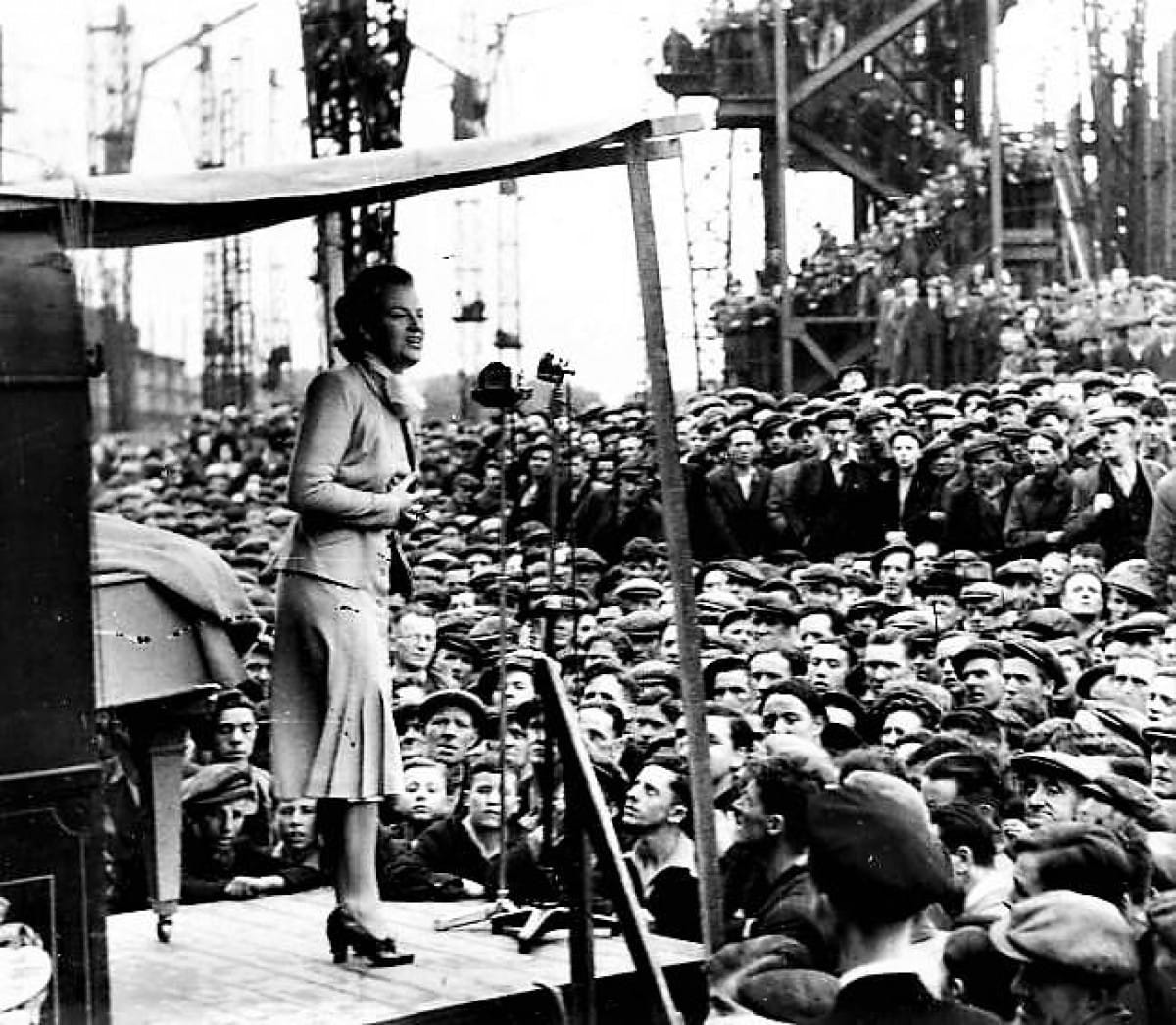 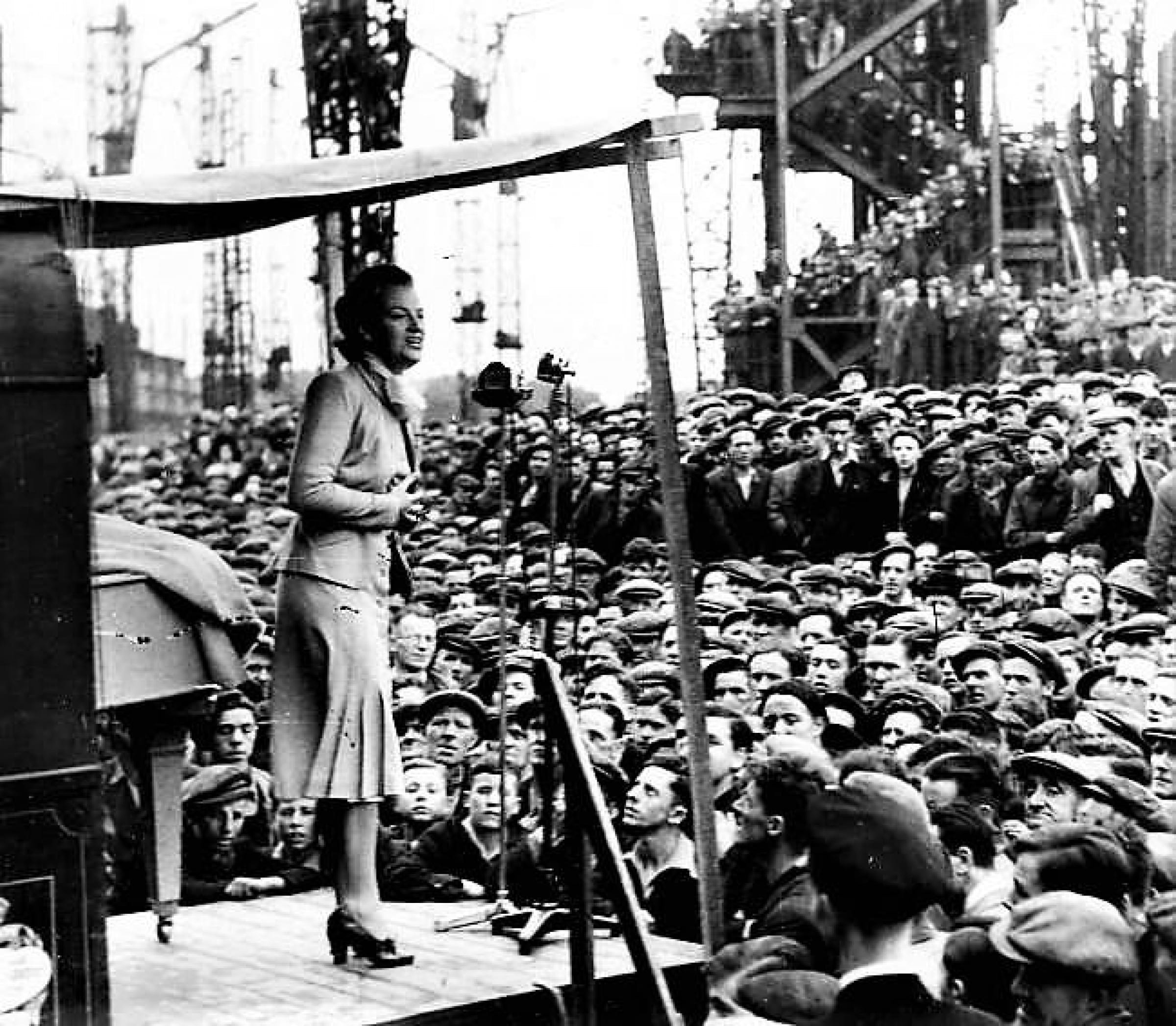 Gracie Fields, the 'Rochdale Nightingale', was in fine voice when she entertained Clydeside shipyard workers in July 1941. Needless to say, wartime reporting restrictions mean the specific shipyard isn't named - loose lips sink ships, and all that!

Fields, once the highest-paid film star in the world, was a regular visitor to Glasgow.

She was recovering from cancer, at her villa in Capri, when Italy entered the war, but immediately offered her services to entertain the troops, the homefront, and to help raise money to fight the war.

Married to an Italian national, she was in a quandary – return to the UK with her husband and he would be interred or deported – so Churchill urged her to relocate to America; telling her to ‘raise American dollars, not British pounds’. That she did, playing a series of fundraising concerts across the States.

She also joined ENSA, travelling to France to entertain the troops in the midst of air-raids, performing on the backs of open lorries and in war-torn areas. She was the first artist to play behind enemy lines in Berlin.

Visit Rochdale and you might spy a statue of the great lady. It was modelled on this picture, taken of Gracie when she performed at the Glasgow Empire in 1952.

Incidentally, our Norry is also out ‘singing for his supper’ tonight, doing his annual turn for this year’s Glasgow Doors Open Days Festival.