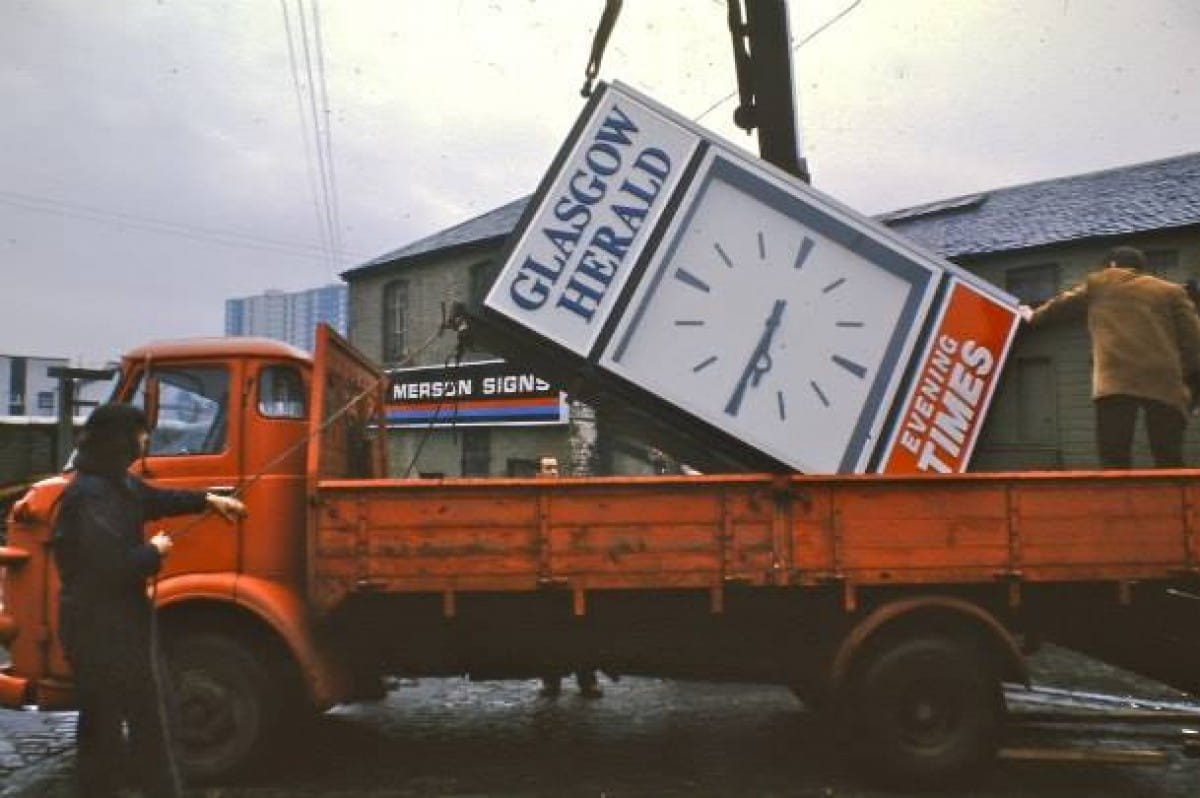 Jul 556
It's 1971, and staff from Glasgow's Merson's Signs load up the new clock for the front of the building (Picture: http://www.merson-signs.com/) 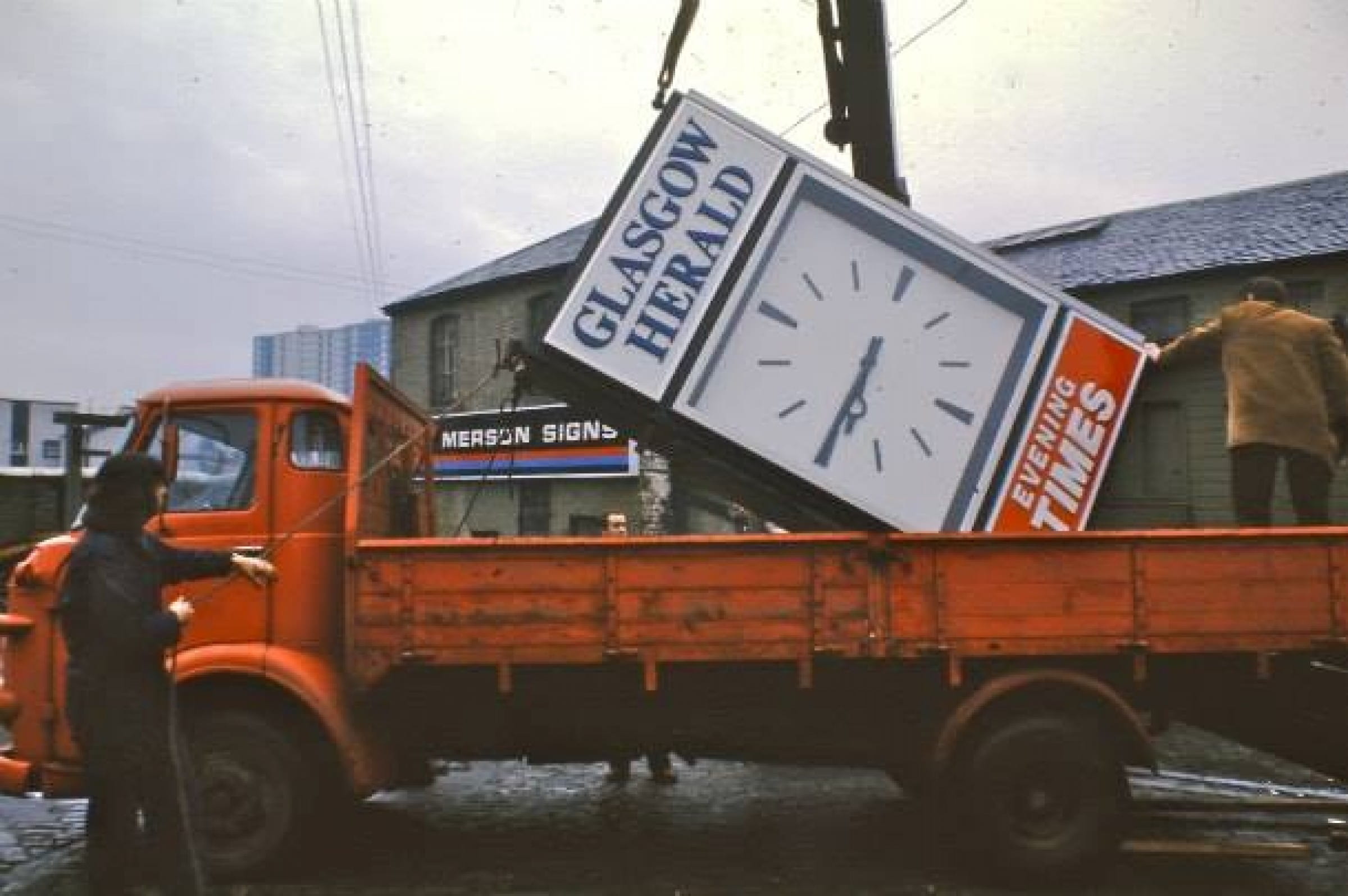 We remain in Buchanan Street for today’s essay and feature a building near and dear to the hearts of the Lost Glasgow team. This is the impressive Glasgow Herald building, which housed one of the finest newspapers in the country - and not just because your LG crew worked there!

The building with the high arched entry on the left was designed by Campbell Douglas and James Sellars in 1879. It was described as “a very fine building with carvings in relief on either side of the arch and Corinthian columns and pilasters rising through the first and second floors."

The original newspaper, the Glasgow Advertiser, was published by John Mennons at 22 Saltmarket in 1783. Mennons' first edition had a global scoop: news of the Treaties of Paris, reached Mennons via the Lord Provost of Glasgow just as he was putting the paper together.

War had ended with the American colonies, he revealed and a Treaty signed. The Herald, therefore, is as old as the United States of America, give or take an hour or two!

The Editor's office fronted on to Buchanan Street, as this was seen as a more prestigious address than the printing site around the corner in Mitchell Lane (publication moved here in 1895).

It was here that passers-by would stop and avidly devour the headlines and photographs presented in the front windows.

Statues of William Caxton and Johannes Gutenberg, pivotal figures in the early days of the printed press, were added to the building in 1879 and 1880 (pictured here, top).

Round the corner may have been less prestigious, but the former print works, now The Lighthouse, were designed by one Charles Rennie Mackintosh himself!

On 19th July, 1980, the final edition to be printed at Mitchell Lane was published, before The Herald - Scotland moved to new premises in The Black Lubyanka in Albion Street - the former Daily Express building.

The newspaper changed its name to The Herald on 3rd February, 1992. It is now the longest running national newspaper in the world.