Some day my plinth will come 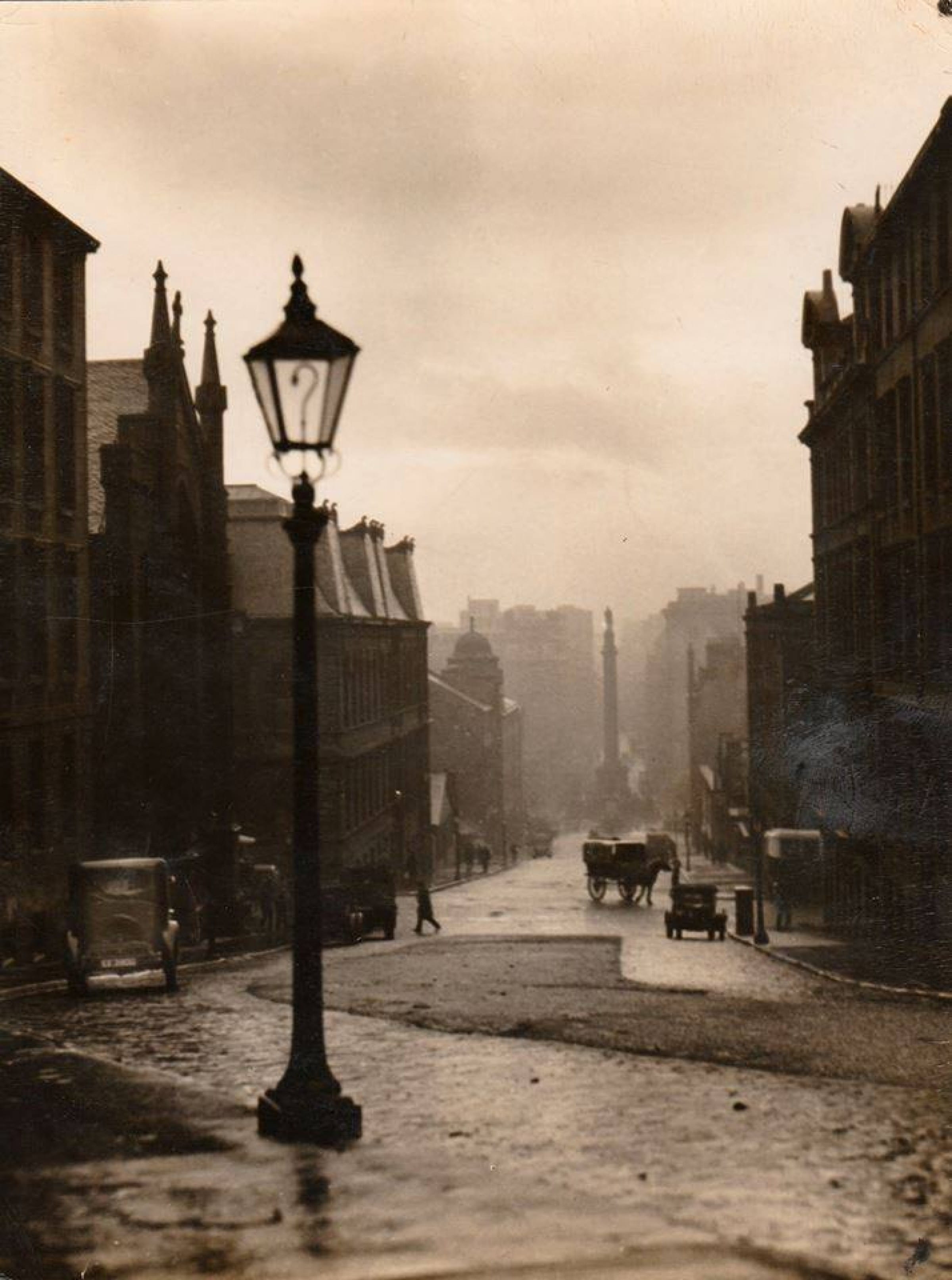 As today marks Sir Walter Scott's birthday, his 248th, I thought I'd share this fabulous 1926 image of the author and poet atop his George Square column. It was taken by German-born photographer E O Hoppe (1878 - 1972).

We're looking down on the square from the top of North Hanover Street. The church on the left, the former St Andrew's Free Church, built in 1884 and designed by John Rochead, served as MacDonald's furniture store for over 80 years, before being demolished to make way for a block of student flats.

The other building on the left, just across Cathedral Street, is the original Allan Glen's school - or Allan Glen's Institution, to give it its full Sunday name, which opened in 1853.

Glen was a wright who became a wealthy property owner and who left £20,000 in his will in 1850 to make "provision for giving gratuitously a good practical education to about fifty boys, sons of tradesmen or persons in the industrial classes in Glasgow." One of those lucky lads was one Charles Rennie Mackintosh.

After serving as part of the University of Strathclyde, the building was eventually demolished in 1970.

The statue of Sir Walter, by David Rhind, John Greenshield and Alexander Handyside Richie, was erected in (1837). Old Walter is supposed to be looking south, in the direction of his beloved Borders, but has, whisper it, his shepherd's plaid over the wrong shoulder!

Apart from the obvious, I love the symmetry between the lamp-post and Sir Walter's column, and the giant question mark made by the gas pipe inside the lantern.

And, as for those rain-wet setts, glistening in the gray light, I want to go skidding down that hill, with sparks flying from the segs in the heels of my boots...