Aug 314
How 'The Bailie' reported the opening of the Howard Street shop and oyster bar in 1890 (Picture: John Sawers) 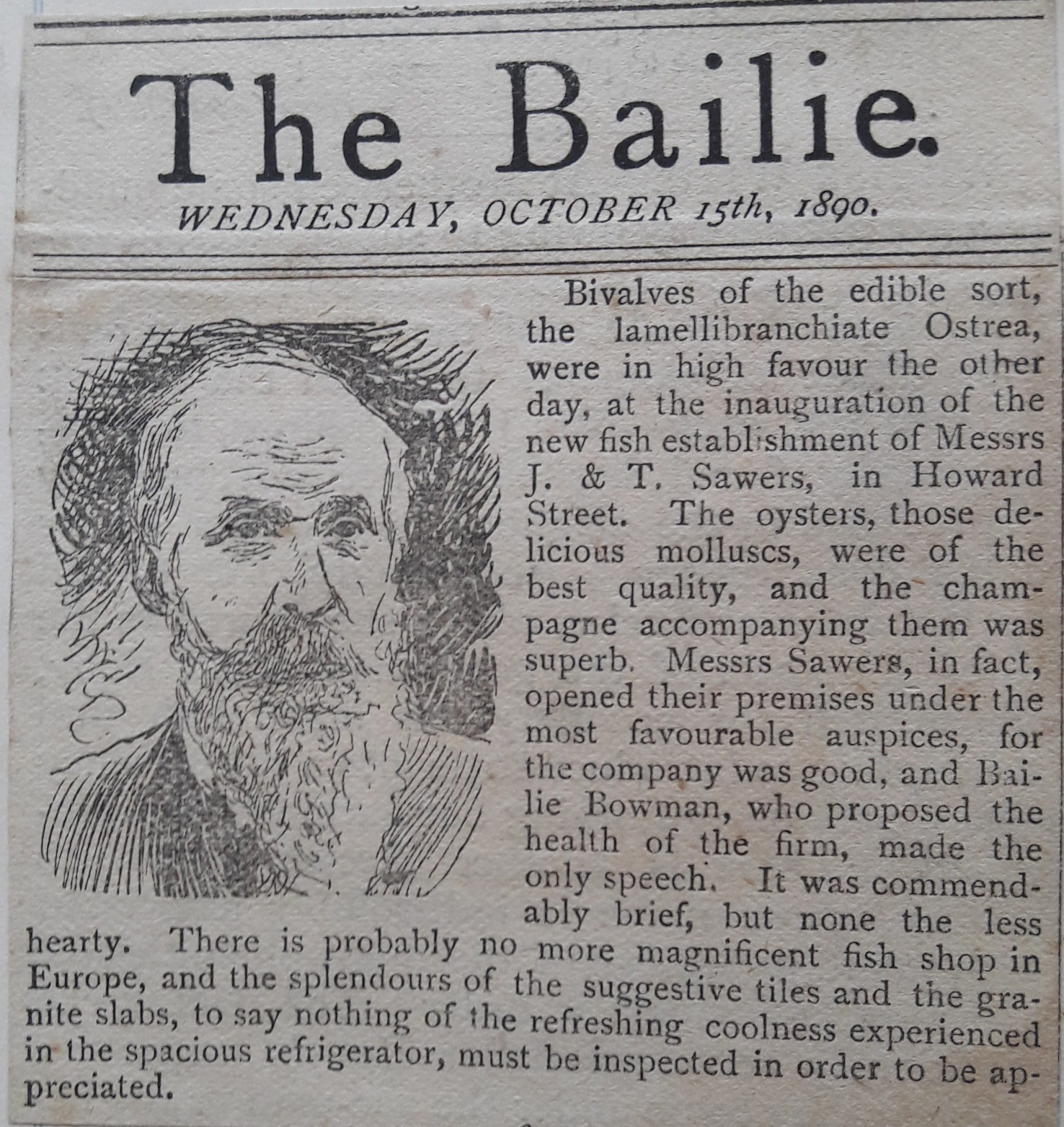 Ever since I went on a foodie press trip to 'Norn Iron' a few years back, and sampled the delights on offer at Belfast's Sawers fishmonger and delicatessen, I've been a wee bit obsessed by the company.

It was a chance remark from today's owners - that the company began life in Glasgow, and had supplied the Titanic when she sailed from Belfast for Southampton, to begin her ill-fated maiden voyage, that really piqued my interest.

Although the chain vanished from the city when I was still a small fry, I knew they had branches across Glasgow; with one in Union Street; one beneath the Grand Hotel, at Charing Cross; and their main shop, in Howard Street - the only licensed fish shop in the city, so you could enjoy a glass of chilled Champagne, Sancerre, or a foaming pint of stout with your fresh oysters.

The Howard Street shop was remodelled in 1899, to incorporate stunning marine-themed tiles both inside and out (later saved by the People's Palace). The oyster bar side of the building later served as the Oyster Bar pub, before, in the late 1970s, becoming the Mars Bar, Glasgow's first punk music venue.

Imagine my delight, then, when I was contacted by John Sawers, whose father ran the Belfast branch of Sawers Limited. He is currently researching the Sawers dynasty and has started writing a book on the family business, since its inception in 1873.

He would love to hear what, if any memories the LG gang has of the family chain of fish shops.