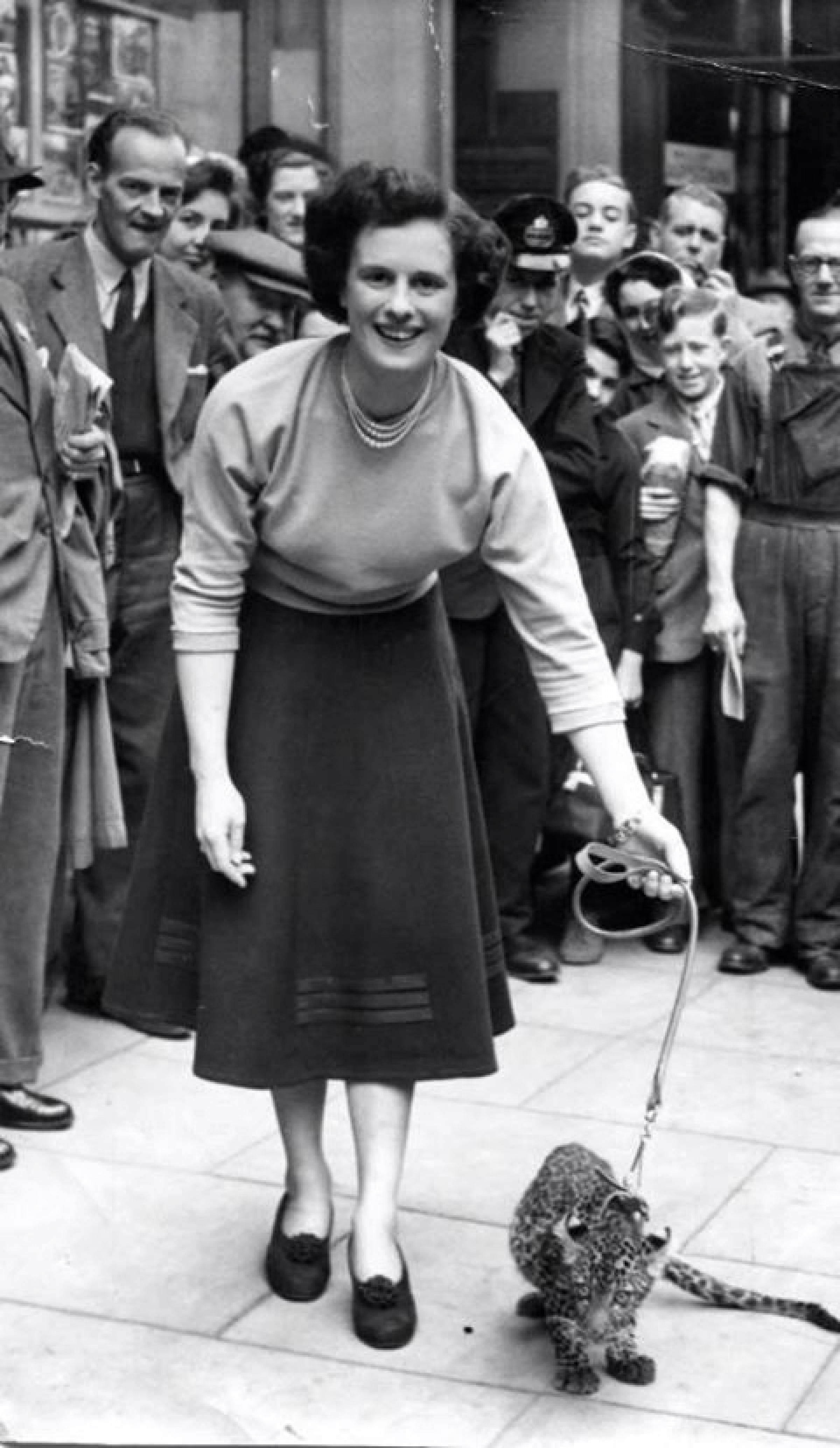 LG fan Jacqui Law sent in this brilliant image, or her mother-in-law taking a walk on the wild side.

Jacqui says: "My late mum-in-law, Mae, worked as a secretary at the Evening Times. In fact, that’s where she met my father-in-law, Bill Law, who was a journalist.

"Quite often she would be asked by the photographers to be in photos, nothing weird I should add!

"This photo was taken around 1952/3 when Mae was 22/23. I doubt this would be allowed today as she is walking a leopard cub in Buchanan Street."

Doing a wee bit of online digging, I suspect this wee bundle may have been part of a captive breeding programme at Glasgow Zoo (then Calderpark Zoo), and that might even be the zookeeper, at the back, in the cap. (That said, not knowing what a zookeeper's bunnet looks like, he might well just be a passing tram driver!).

More about buchanan streetMore about evening timesMore about glasgow herald