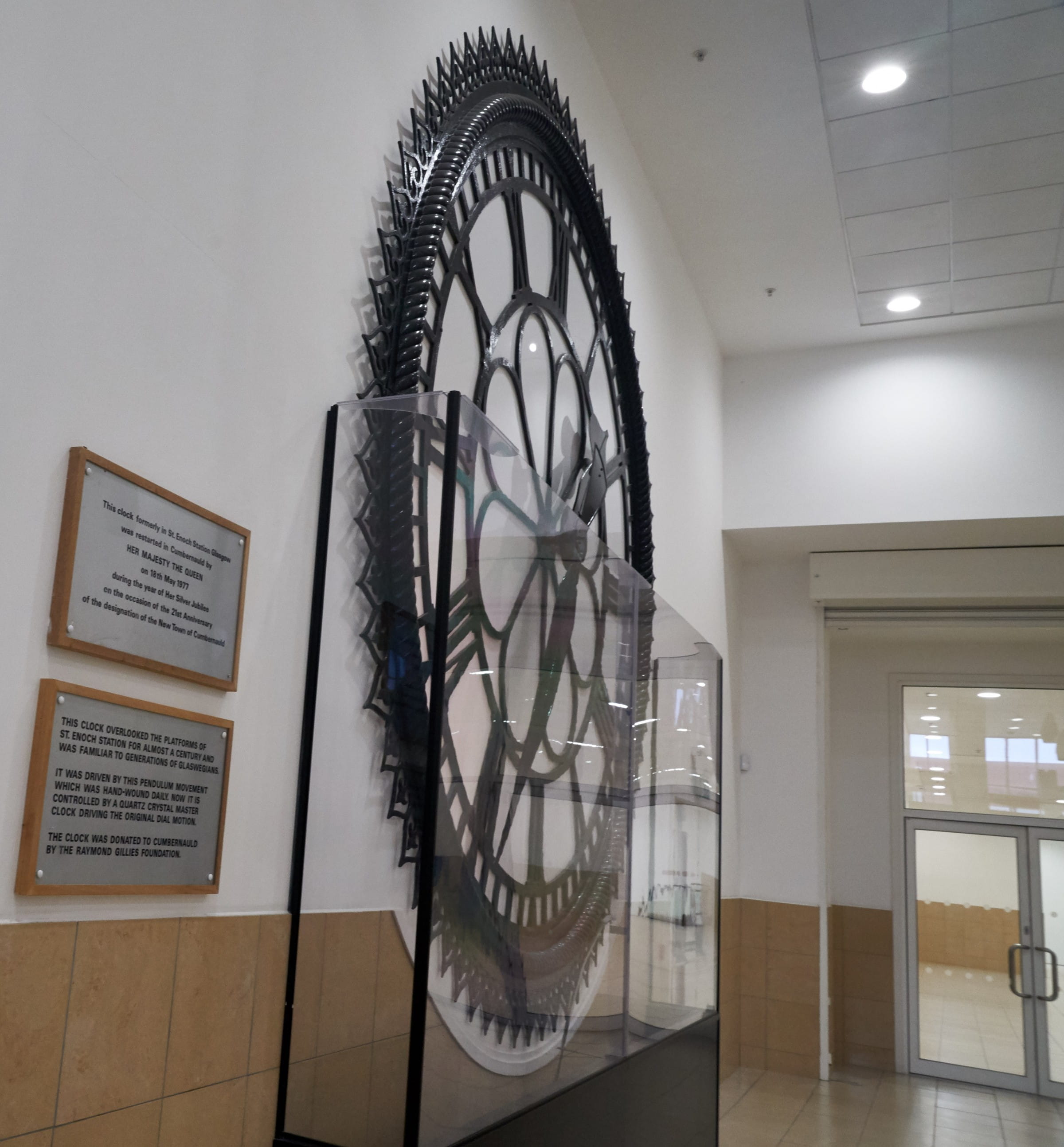 It is a hotel and railway terminus whose loss is still spoken about today. Glasgow's St Enoch was closed in 1966, victim of the Beeching cuts. It was demolished in the 1970s, with the hotel following shortly thereafter. Only the famous clock survived.

The following information comes from the Evening Times: It was bought by Raymond Gillies, owner of the House of Hearing in Bath Street, and he donated it to Cumbernauld as the new town celebrated its 21st birthday in 1977. The Queen was celebrating her Silver Jubilee that year and she unveiled a commemorative plaque documenting the gift of the clock.

It was originally in a walkway between the Woolco superstore on one side and Presto and Mackays on the other and in 1981 it featured in the film Gregory's Girl, starring John Gordon Sinclair and Dee Hepburn.

When Cumbernauld town centre was redeveloped a few years ago the clock was moved to a corridor linking Phase 1 with the new Antonine Centre.
It is still there - but the area is now closed off as new works are proposed for the area.

On a mission to find its current whereabouts, I travelled to the Centre and customer service reps Steven and Mark were only too happy to open up the closed area and let me have a gander and take a few pics. The plan is rot reopen the area between the two shopping centres, so the clock will once again be on full public display.