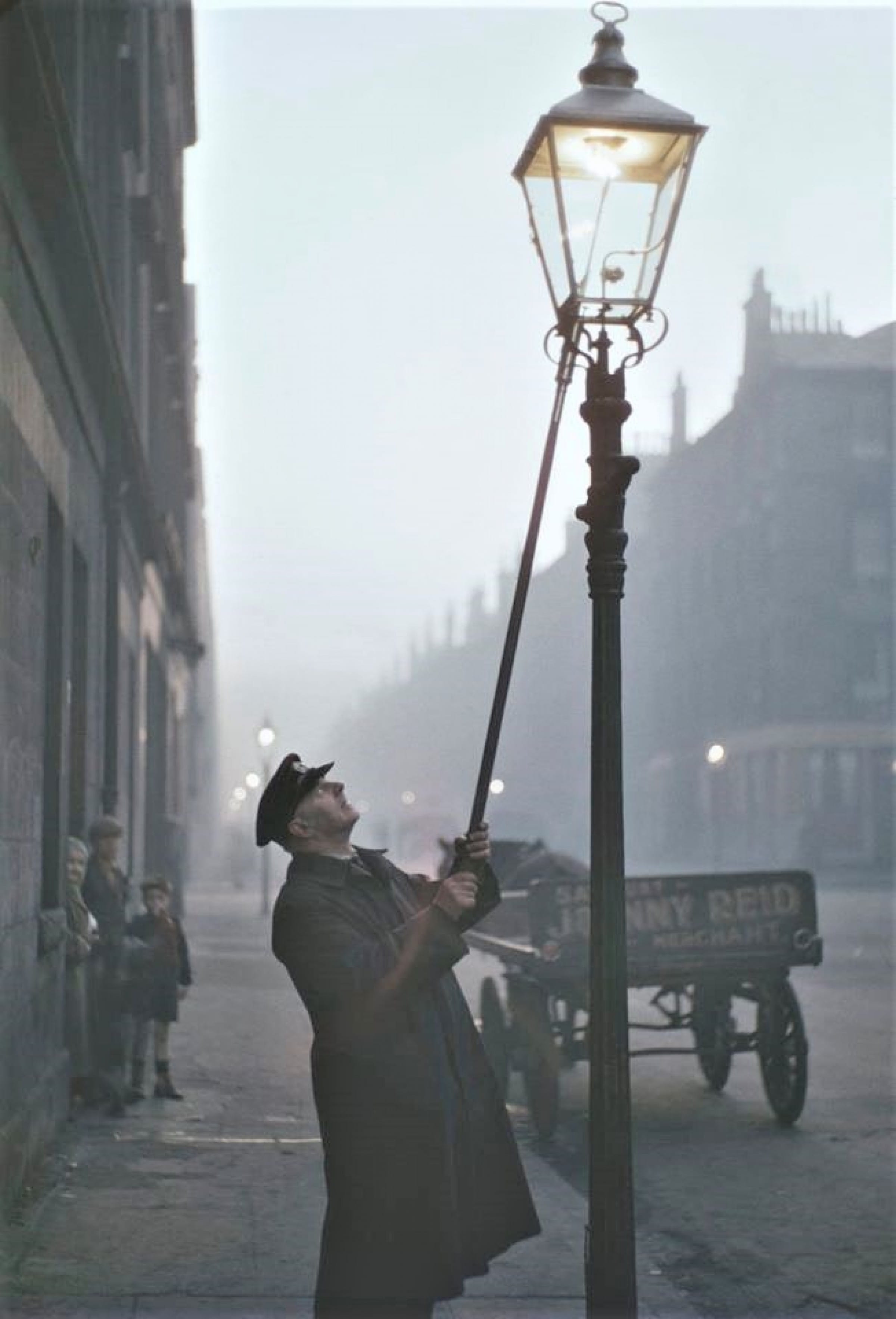 The Lamplighter, by Robert Louis Stevenson

My tea is nearly ready and the sun has left the sky;
It’s time to take the window to see Leerie going by;
For every night at teatime and before you take your seat,
With lantern and with ladder he comes posting up the street.

Now Tom would be a driver and Maria go to sea,
And my papa’s a banker and as rich as he can be;
But I, when I am stronger and can choose what I’m to do,
Oh Leerie, I’ll go round at night and light the lamps with you!

For we are very lucky, with a lamp before the door,
And Leerie stops to light it as he lights so many more;
And O! before you hurry by with ladder and with light,
O Leerie, see a little child and nod to him tonight!

A lamplighter or 'leerie' lighting a gas lamp in an un-named Glasgow street in 1955. Pretty sure this was taken in the Gorbals.

Street lighting was first introduced to Glasgow in 1780, although the whole system consisted of only nine oil lamps, laced between the Tron Steeple and Stockwell Street.

The general practice in those days, for those who could afford it, was to have a servant light your way with a torch or lantern if you ventured out after dark.

The first street gas lamp was installed in the Trongate in 1818, with the police recommending that all the old oil lamps should be converted to gas the following year.

From 1893, electric light began to be the norm.

After the conversion to electricity, the last remaining street gas lamp in Glasgow was ceremonially lit by the then Lord Provost, Sir Donald Liddle, in September 1971.