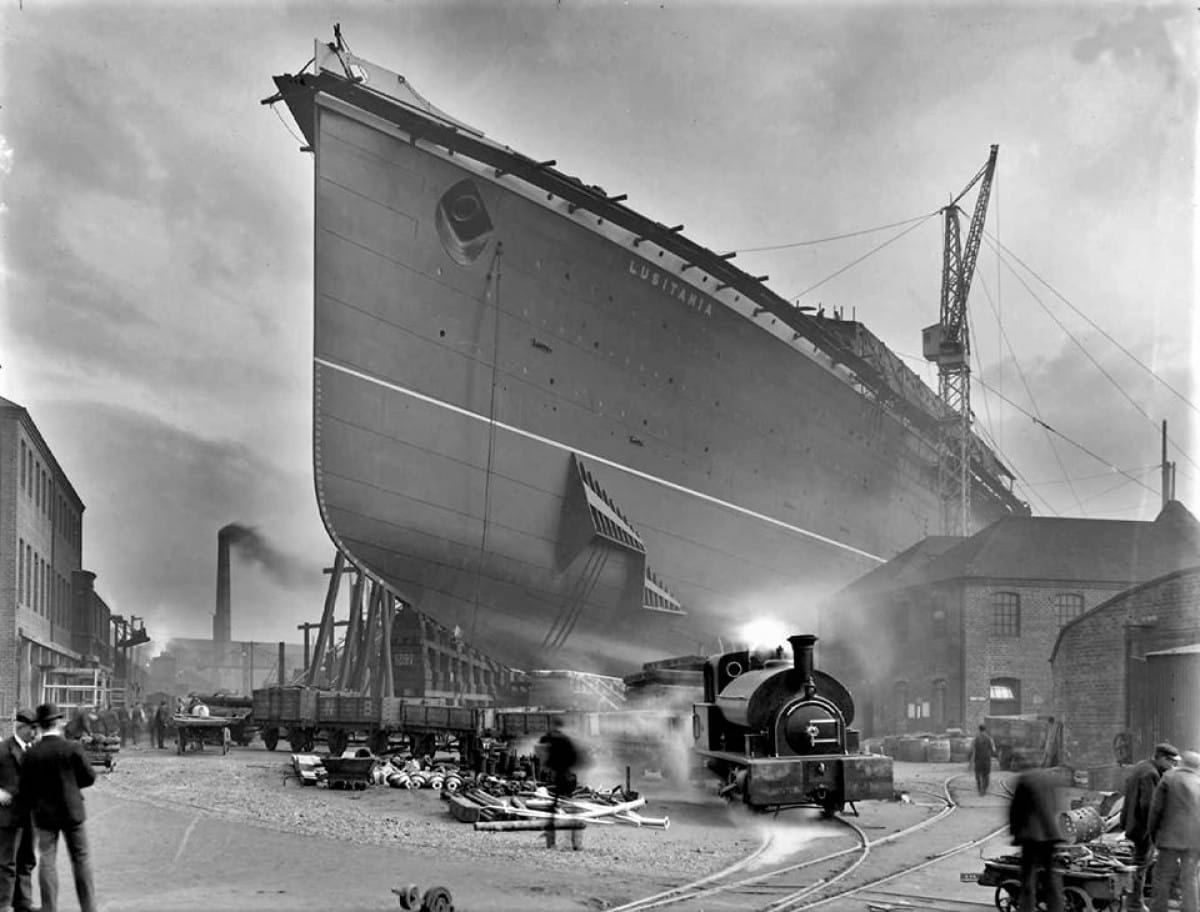 May 712
The building of the Lusitania, at John Brown's, Clydebank Picture: Scottish Shipbuilding & Engineering Heritage 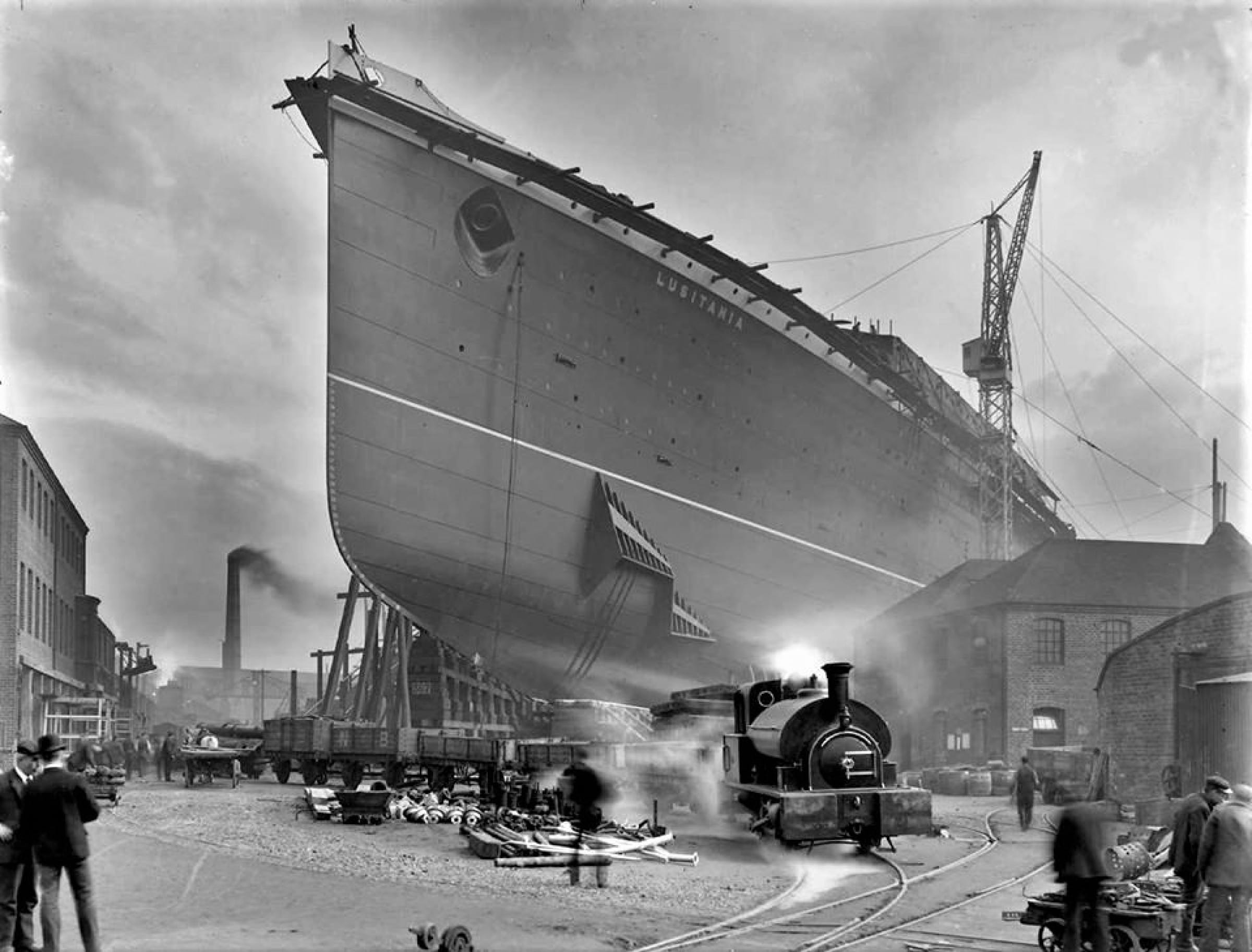 The John Brown 1907 built Cunarder which 105 years ago this afternoon on May 7th 1915 was torpedoed by a German submarine off the Old Head of Kinsale in Southern Ireland.

Sinking rapidly in about 18 minutes, 761 of those on board were rescued but sadly 1201 were lost. The official figure is usually quoted as 1198 but there were 3 stowaways lost who never seem to be added to the list.

The ship was en-route from New York to Liverpool, and her sinking was one of the events that led eventually to the US joining the First World War.

This image, of the ship still up on the stocks, in Clydebank, is a beauty - a veritable symphony of smoke, steam, hustle and bustle. One can only imagine the cacophony of clanking and hammering and the shouts of the workers, and their sadness and dismay when they discovered that all their handiwork had been sent to the bottom of the Atlantic.