The cat who got the cream 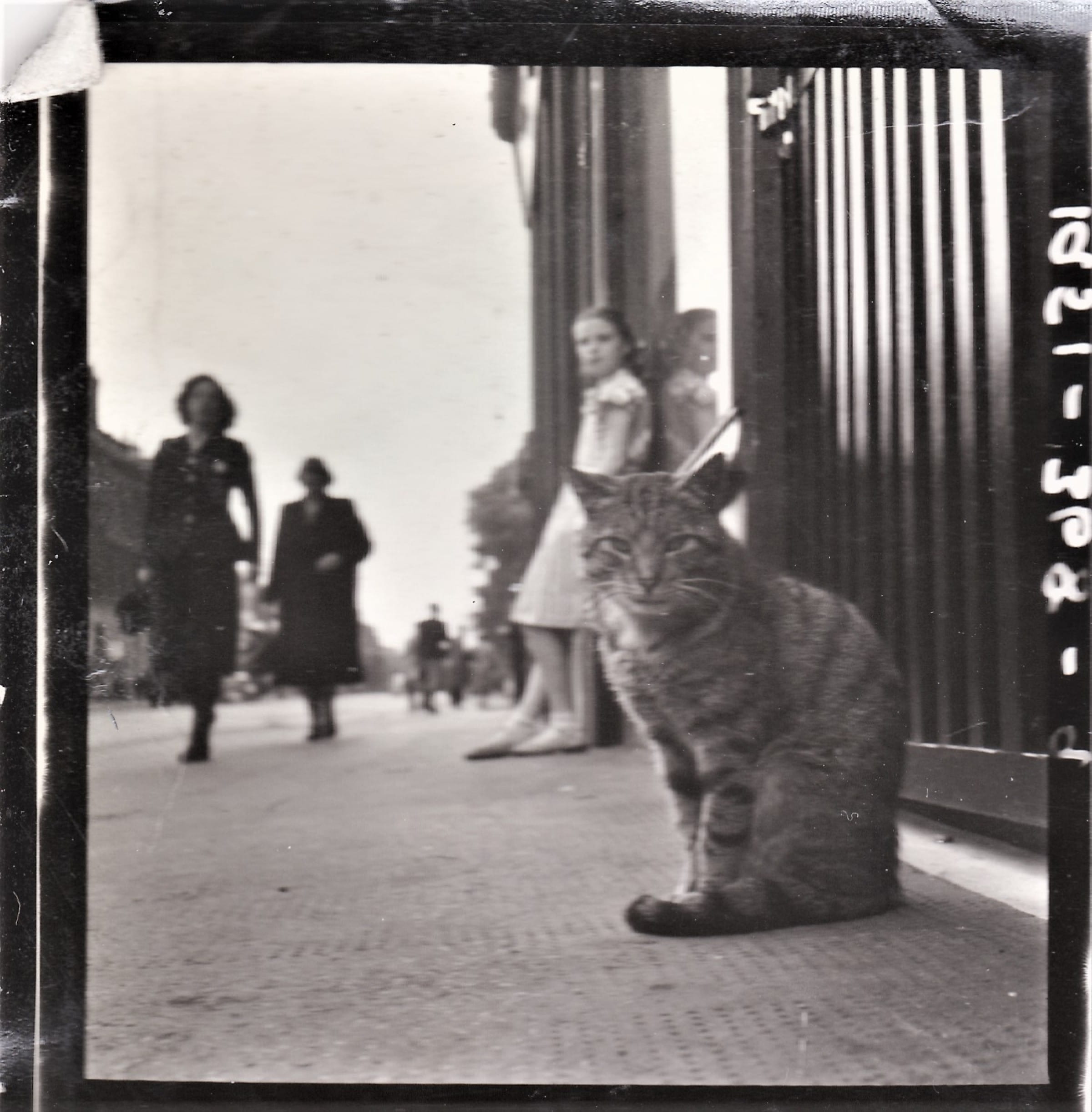 Having now had time to scan and digitise the photographic contact sheets I bought last week, we've hit a wee goldmine. The quality and variety of shots included are outstanding.

I've also, due to the appearance in the sheets of a previous Lord Provost, and various film and theatre posters, managed to pin down their date to 1951/52, so a wee bit earlier than I first thought.

I wonder what our as yet un-named photographer would think if he ever knew that, nearly 70 years later, we would be 'oohing' and 'aahing' over his images?

Even though I've scanned them on my home set-up, my friends at Glasgow Street Level Photoworks have very kindly offered to do high-res scans of the sheets, to see what more we can reveal.

I think we're all in for a treat.

In the meantime, here's our own 'Sam the Skull', caught posing on, I think, the north side of Sauchiehall Street, just about where the Grand Hotel used to sit, at Charing Cross.