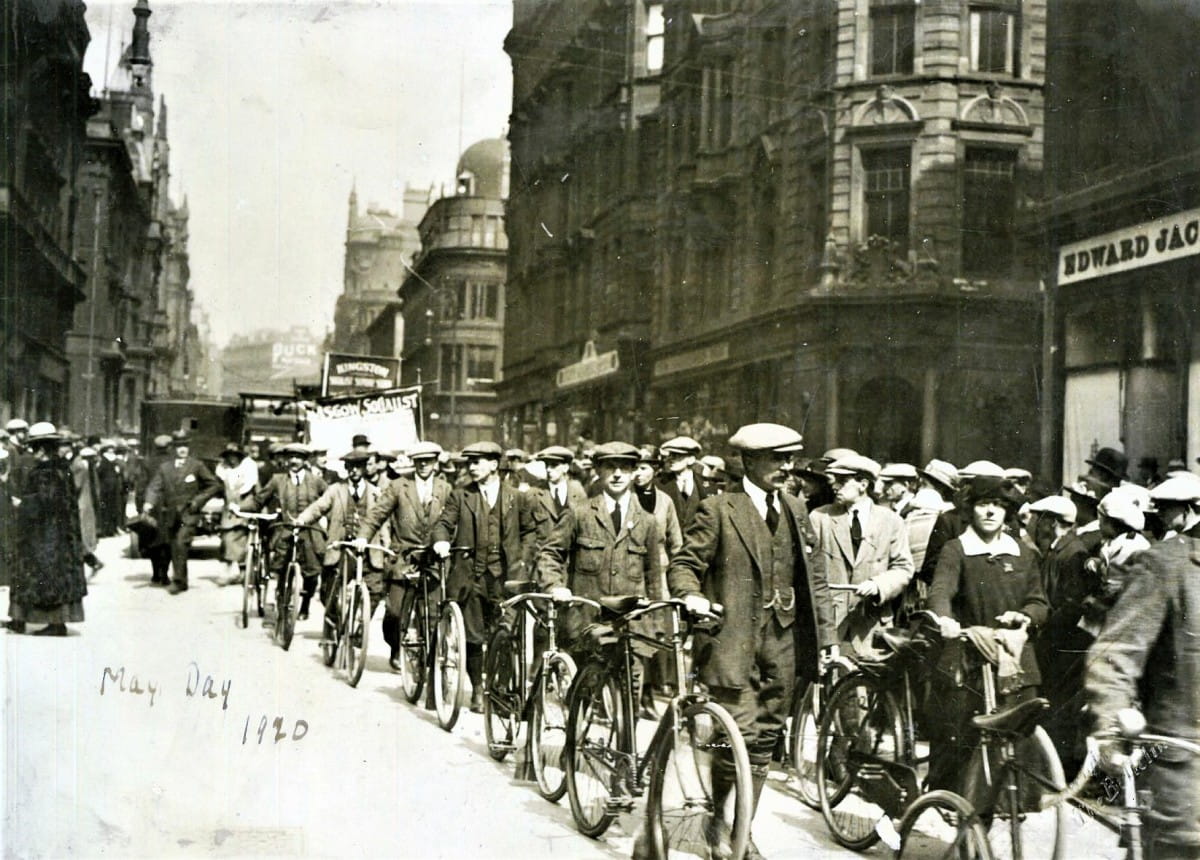 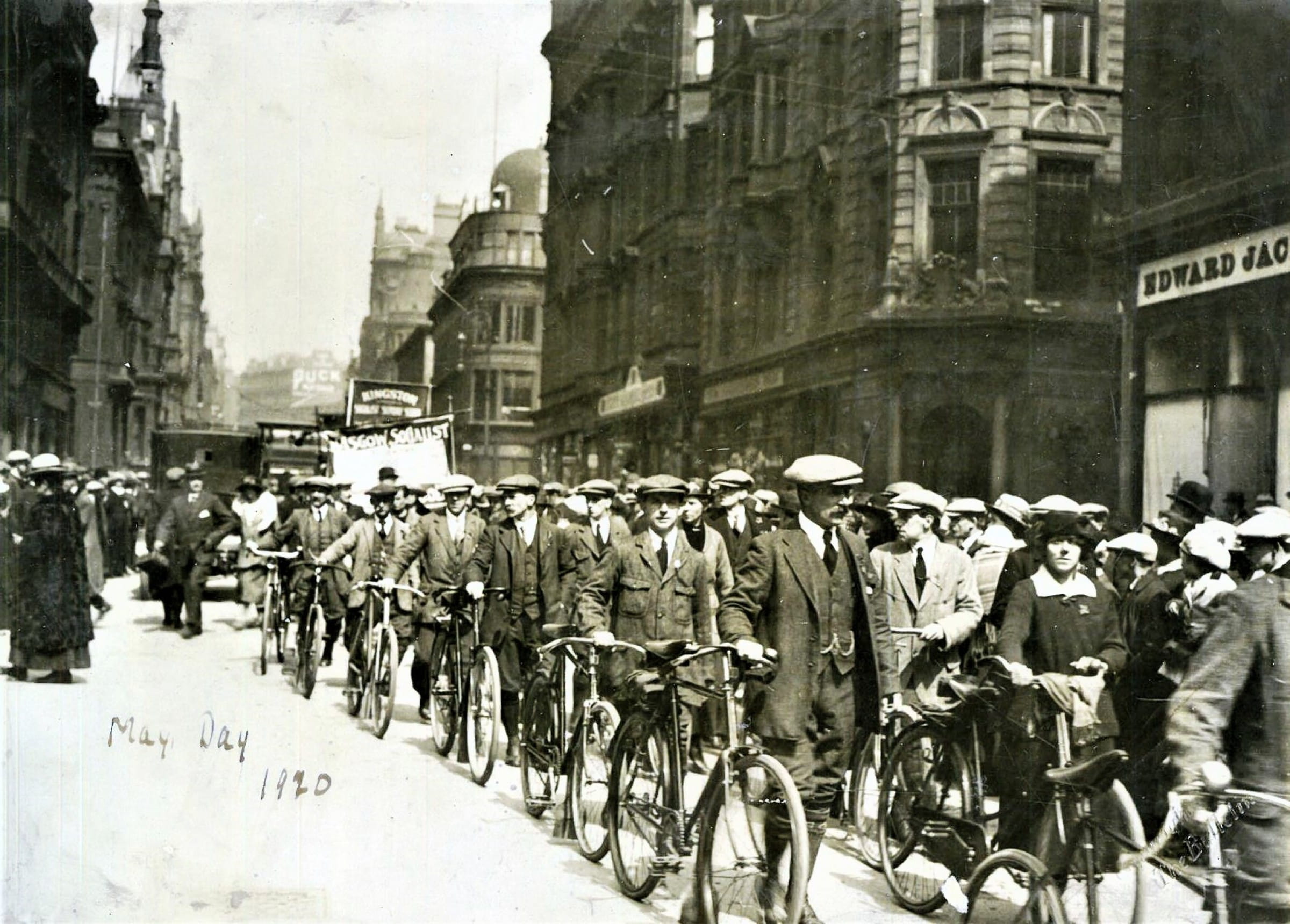 It's May Day 1920, and Glasgow's cycling Socialists - the Clarion Club - had dismounted to join the parade.

They are seen here marching down Buchanan Street, at its junction with Gordon Street.

The Clarion newspaper was founded in 1891 by Robert Blatchford, a Manchester-based journalist and socialist. The weekly left-wing publication became very successful and inspired readers to create their own network of leisure clubs and facilities, such as socialist holiday camps, camera clubs, choirs and a national network of cycling clubs for like-minded socialists. Some members of the Clarion Cycling Clubs went a stage further, setting up the Clarion Scouts to tour villages and towns spreading the socialist message by distributing leaflets and making public speeches.