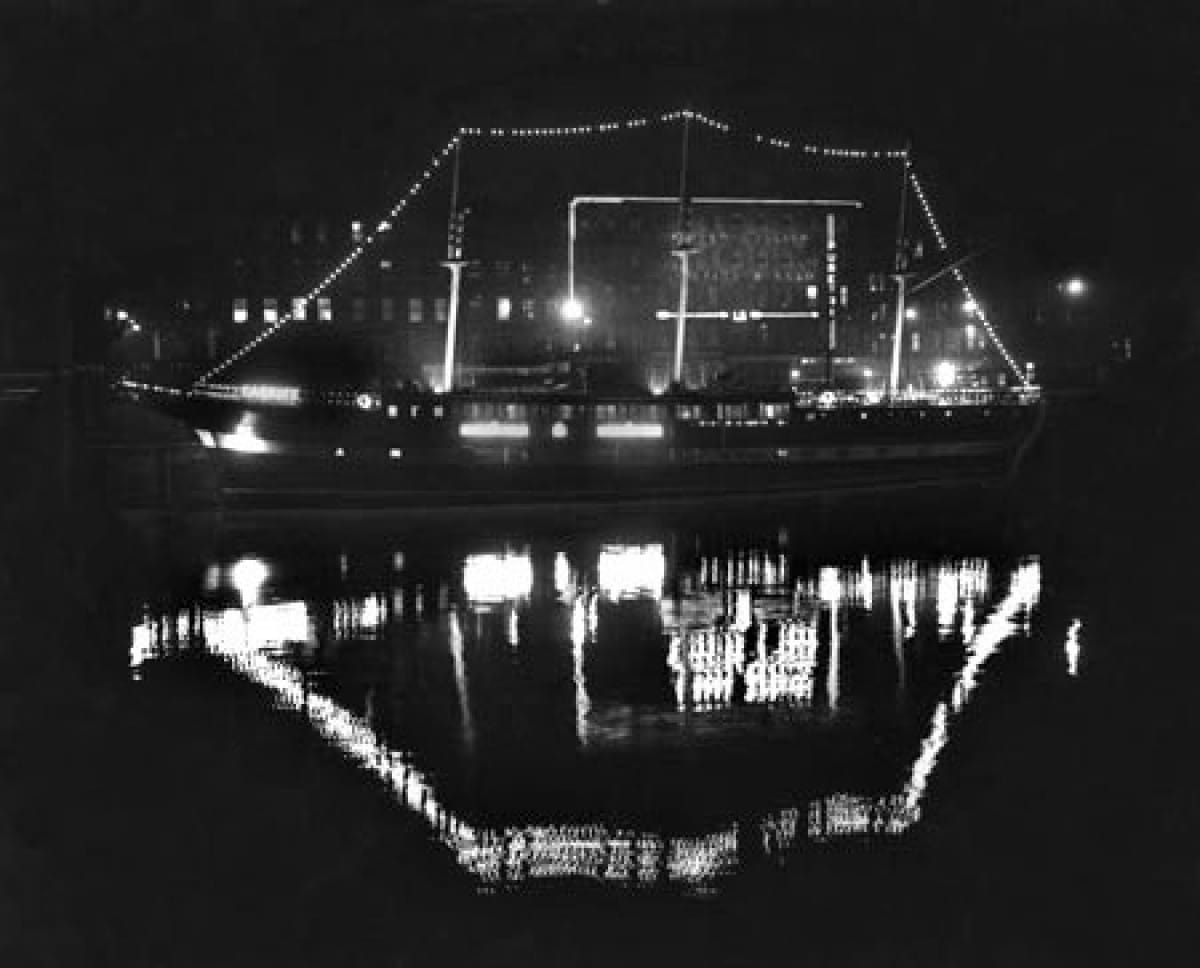 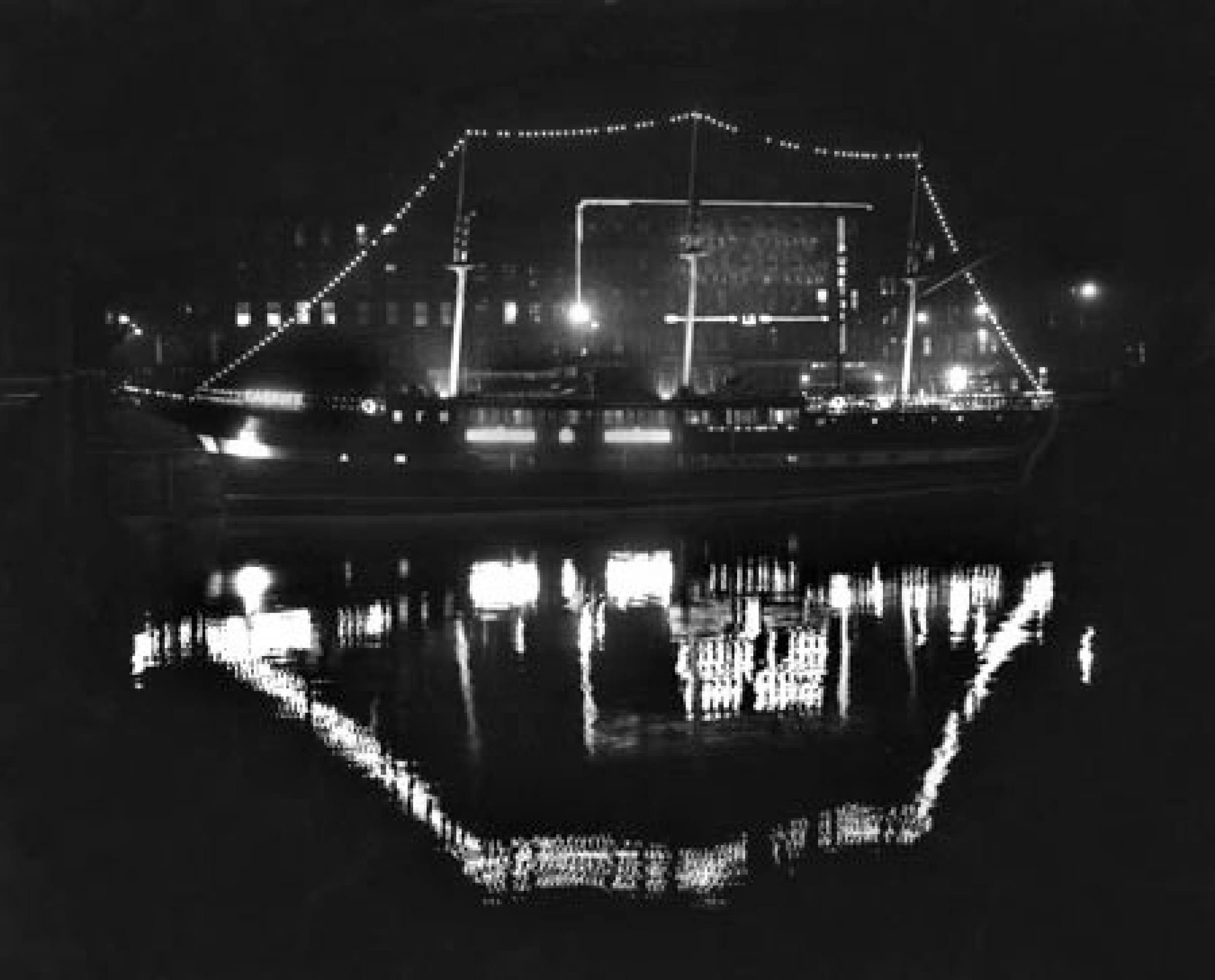 A true piece of Lost Glasgow, as she is a true piece of 'Lost Sunderland', the ship 'Carrick' - built as the 'City of Adelaide - and the world's oldest surviving clipper.

Built in Sunderland, in 1864, to carry immigrants to Australia, and wool and copper back to Blighty, she later saw service in the North American timber trade; as a hospital ship, moored off Southampton; and as a Royal Navy training ship, before retiring to become the RNVR Club, moored on the Clyde.

Personal confession time, in the 1970s, my maternal grandfather, born in 1888, would attend bi-annual 'Cape Horner' dinners on the ship - reserved for men who had rounded the Horn in the days of sail.

Then an old man, a veteran of both World Wars, he would return home, hoarse from singing hauling songs, smelling strongly of rum, and wobbling slightly, as if his teenage bare feet were still planted on a planked, and sea-tossed deck, somewhere in the Roaring Forties.

If truth be told, despite 40 years at sea, I think he only once sailed to Australia, just after the First World War. His family had been dispersed, when he was just 11, after his own father had drowned in Aberdeen Harbour. His only brother, younger, had ended up in Oz.

Grampa had telegrammed to say he was coming, but, on the day his ship docked, things didn't go to plan. He caught a tram out of Sydney, to the end of the line, then walked the next 15 miles, in the Australian heat, to his brother's house - where his sister-in-law, who he'd never met, said his brother had had to go to work, otherwise he would have lost a day's pay.

My grandfather took tea with her, and then made the long, sad journey back to his ship. He never saw his wee brother again.

When I look down at my own hands as I type, small but strong, I see my dear old grandfather's hands - the hands that held me as a child, jiggled me in my pram, and used to hold his pipe as he let me light it for him - would that my hands had half the skill that his had, would that they could tie knots and haul sails.

I'm now 54. Were my grandfather still here, he'd be 132. And he is still here; in our family stories and legends. One of his old sea chests sits by my right elbow.

Glasgow/Scotland had a chance to save The Carrick for posterity, but we dropped the ball. She now lies where she rightfully belongs, in Port Adelaide, South Australia, where the locals are busy restoring 'their' ship.


I hope, in my lifetime, to see her back at her best, and hear the decks once again echo to the slap of bare feet, and the chant of hauling songs...

Heave away, haul away - would, in the current climate, that we were all 'Bound For South Australia'.

You can sing along at: https://www.youtube.com/watch?v=mDjOAsxeokw