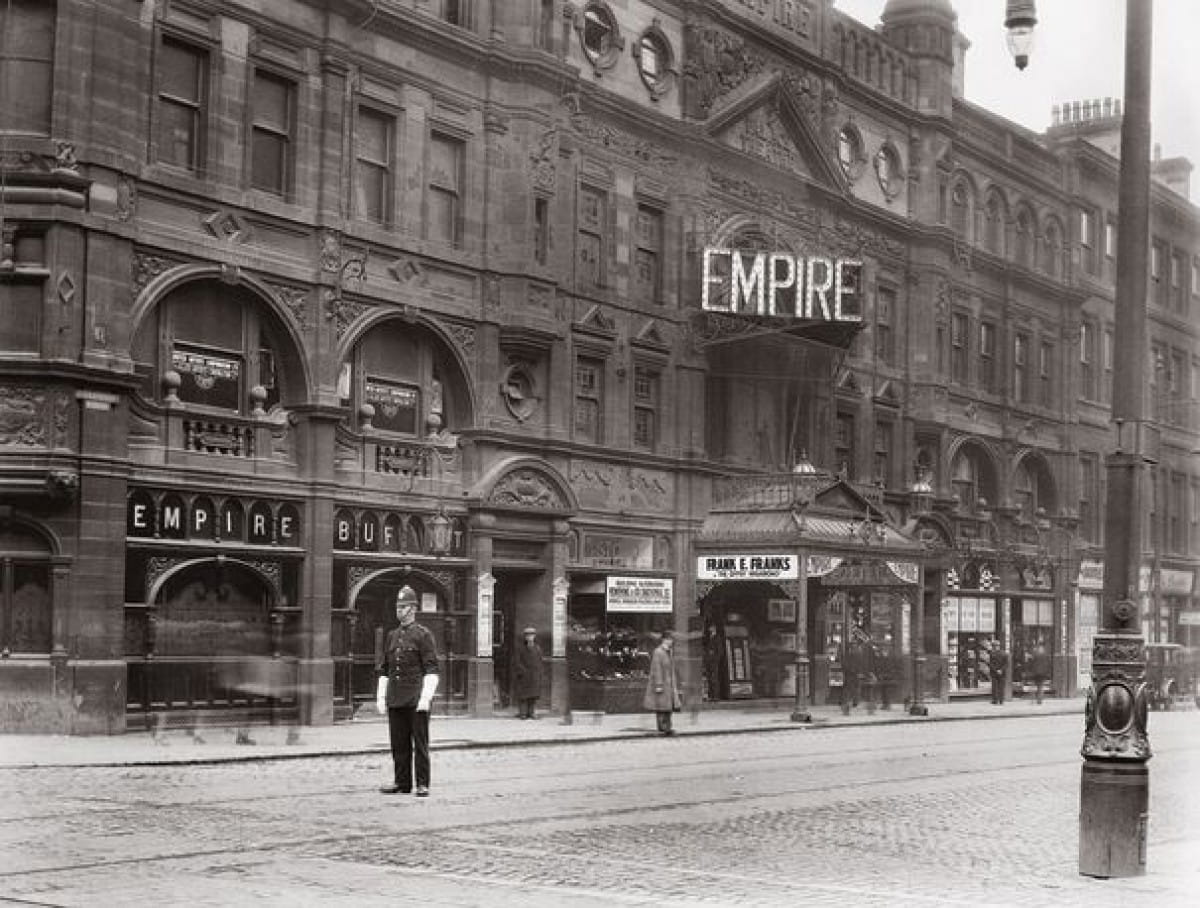 The Empire strikes back... 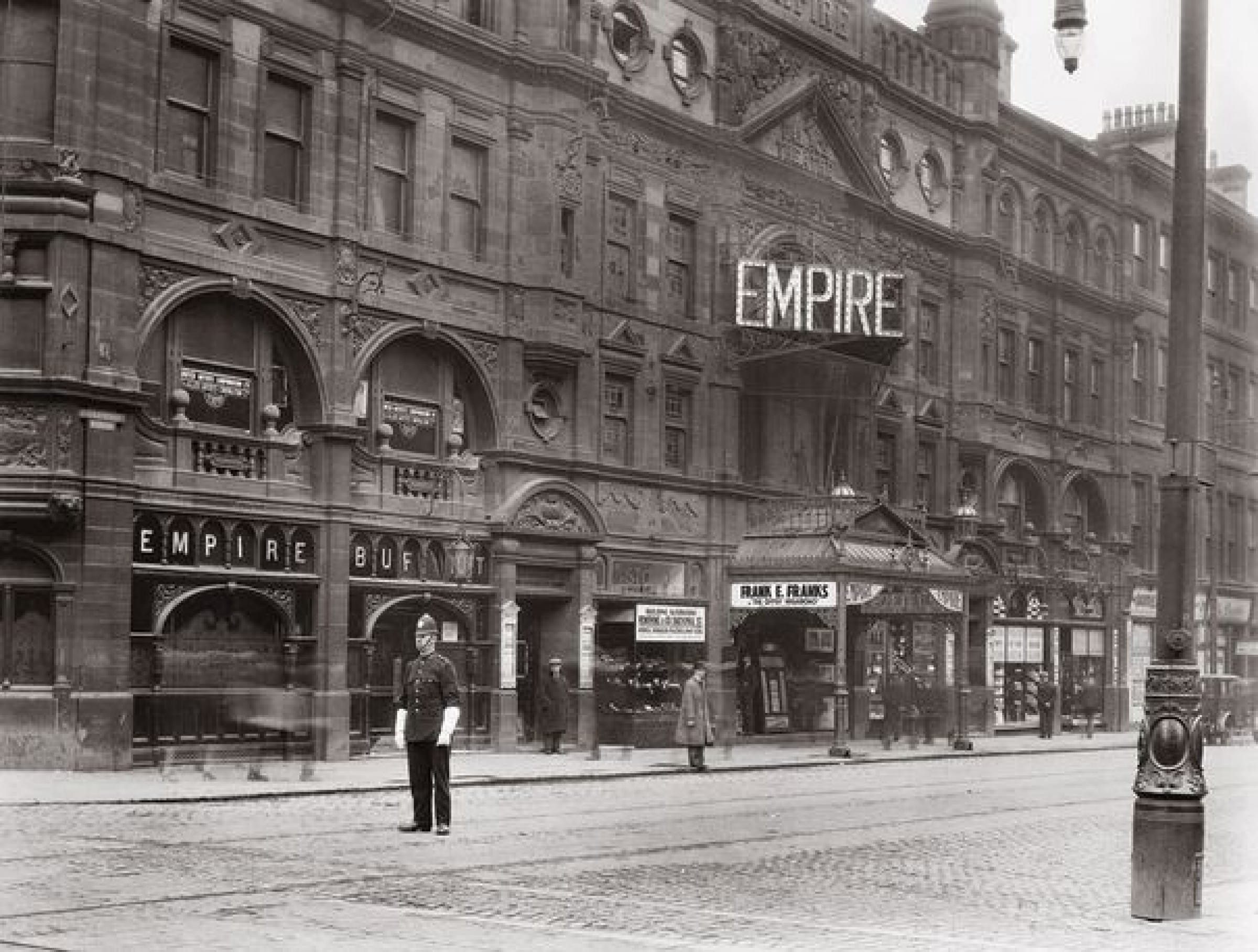 You might wonder why the 1960s office block on the corner of West Nile and Sauchiehall Street is called ‘Empire House’. I certainly did, until I realised it was built on the site of the old Glasgow Empire Theatre.

The Empire, also known as the Empire Palace, was designed by Frank Matcham for Moss Empires and built on the site of the former Gaiety Theatre. It opened in 1897 with cross-dressing singing star Vesta Tilley topping the bill and quickly established itself as Glasgow's leading variety theatre.

Long regarded as 'the graveyard for English comedians', the theatre commanded the corner from 1897 until 1963.

So terrifying were the Glasgow audiences, particularly the second house on a Friday night, that an up and coming Des O'Connor pretended to faint when the crowd started jeering his act and was duly dragged off stage by his feet.

We won’t repeat what one audience member shouted at alleged comedians Mike and Bernie Winters!

Performing at the theatre on the night this picture was taken, sometime in the late 1930s, was North-East comedian Frank E Franks, who escaped a life down the pits for a stage and film career. He was still performing age 75, and died, aged 82, in 1974.

Look closely, the 'Empire Buffet' is where the late, lamented Dino's restaurant later sat. Next door’s Iron Horse pub used to be called the Empire Bar.

With TV beginning to take over, the final curtain came down on the theatre on 31 March 1963 with a cast that included the Red Army Choir, Duncan Macrae, Robert Wilson, Iain Cuthbertson, Albert Finney, Rikki Fulton, Jack Milroy, Johnnie Beattie and Andy Stewart.

The night ended with all the stars, and the audience, many in tears, singing a rousing rendition of ‘Auld Lang Syne’.

There used be a plaque on the office block marking the site of the theatre but, this being Glasgow, someone nicked it off the wall...

For a while, the block was home to Glasgow’s Passport Office.

Anyway, Empire House is about to get a wash and brush up, with its current owners, George Capital (Glasgow), planning to update and remodel the building.