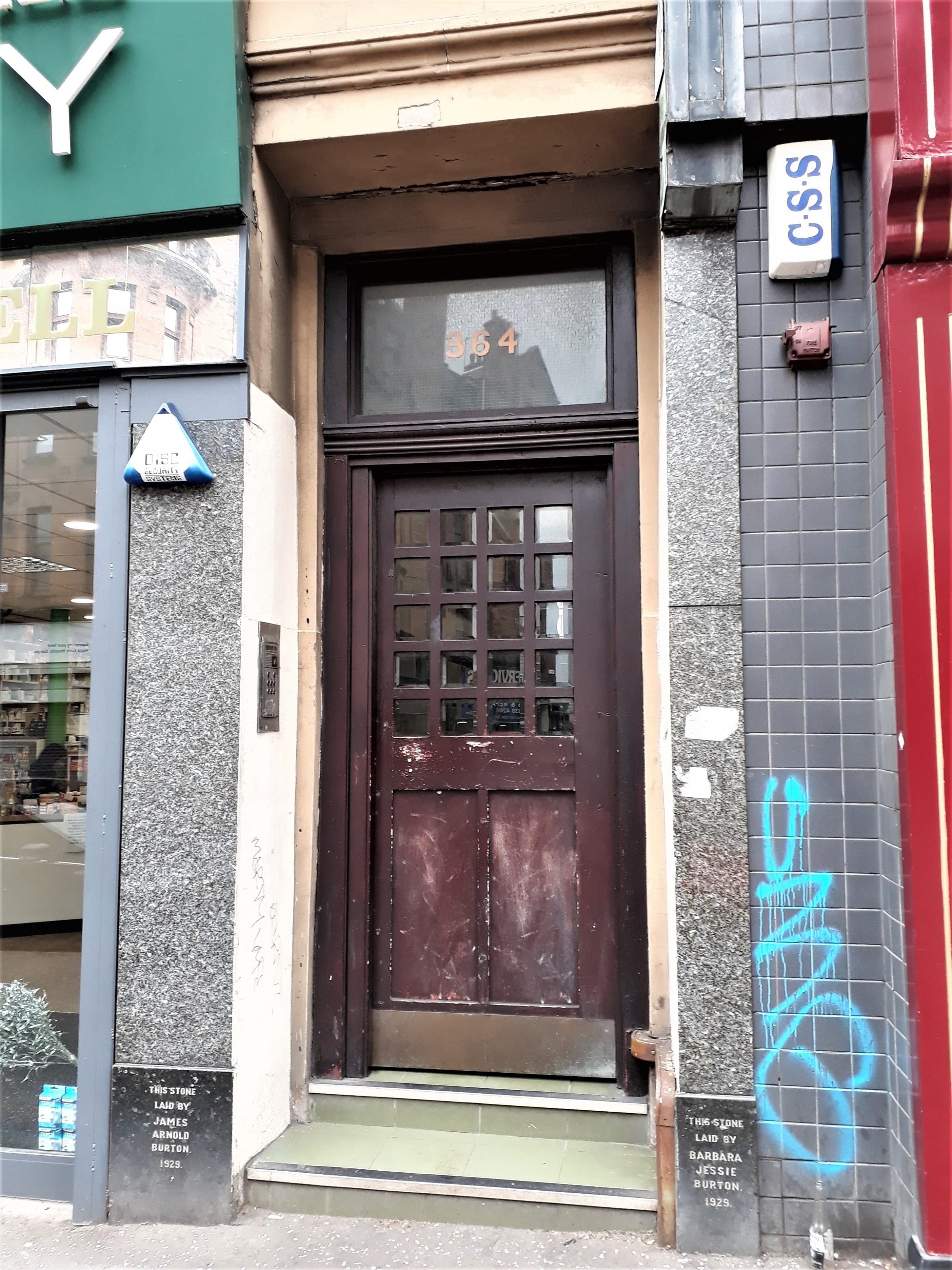 An interesting plaque spot, in Dumbarton Road, by our old friend David Donaldson; and a very appropriate one for David, and he and his wife, Marion, used to be in the rag trade. And, don't worry about the unfortunate placing of the empty bottle of Corona - I don't think the lockdown has driven David to street drinking, although, you never know!

It is a seemingly unremarkable close, at No. 364, squeezed between a chemist’s shop and an amusement arcade across the road from Vine Street in Partick. But if passers-by took a close look at the two stones on either side of the doorway they might pause a while and wonder.

So who were the Burtons who left their mark on this part of the city? The answer is that the Dumbarton Road site was once part of the Burtons tailors and gents' outfitters empire which had stores in town centres up and down the country.

Every time the family business owned a store they laid what they called ‘foundation stones’ with names of whichever family member was present at the opening. James Arnold and Barbara Jessie were presumably in charge of events in Partick.

Similar engraved stones can be found in towns including Cork, Taunton, Lichfield, Redruth, Penrith, Walsall and Wolverhampton – the Burtons didn’t hide their light under a bushel, they believed in leaving their mark behind.

Interestingly, checking back the records, before the shop became a gents' outfitters, it operated as Robert Wilson's fruit shop.

The history of the Burton name is interesting. Company founder Montague Burton arrived in Britain as an immigrant from Russia. His real name was Meshe Osinsky and the story goes that he took the name Burton after spending time at Burton on Trent railway station. His first store was in Chesterfield, Derbyshire.

It's a good job he didn't end up in Scunthorpe!

In the heyday of the Burton empire, anyone who bought a three-piece suit complete with a spare pair of trousers from Montague’s store was said to have purchased 'The Full Monty'.