The ghosts of Hope Street 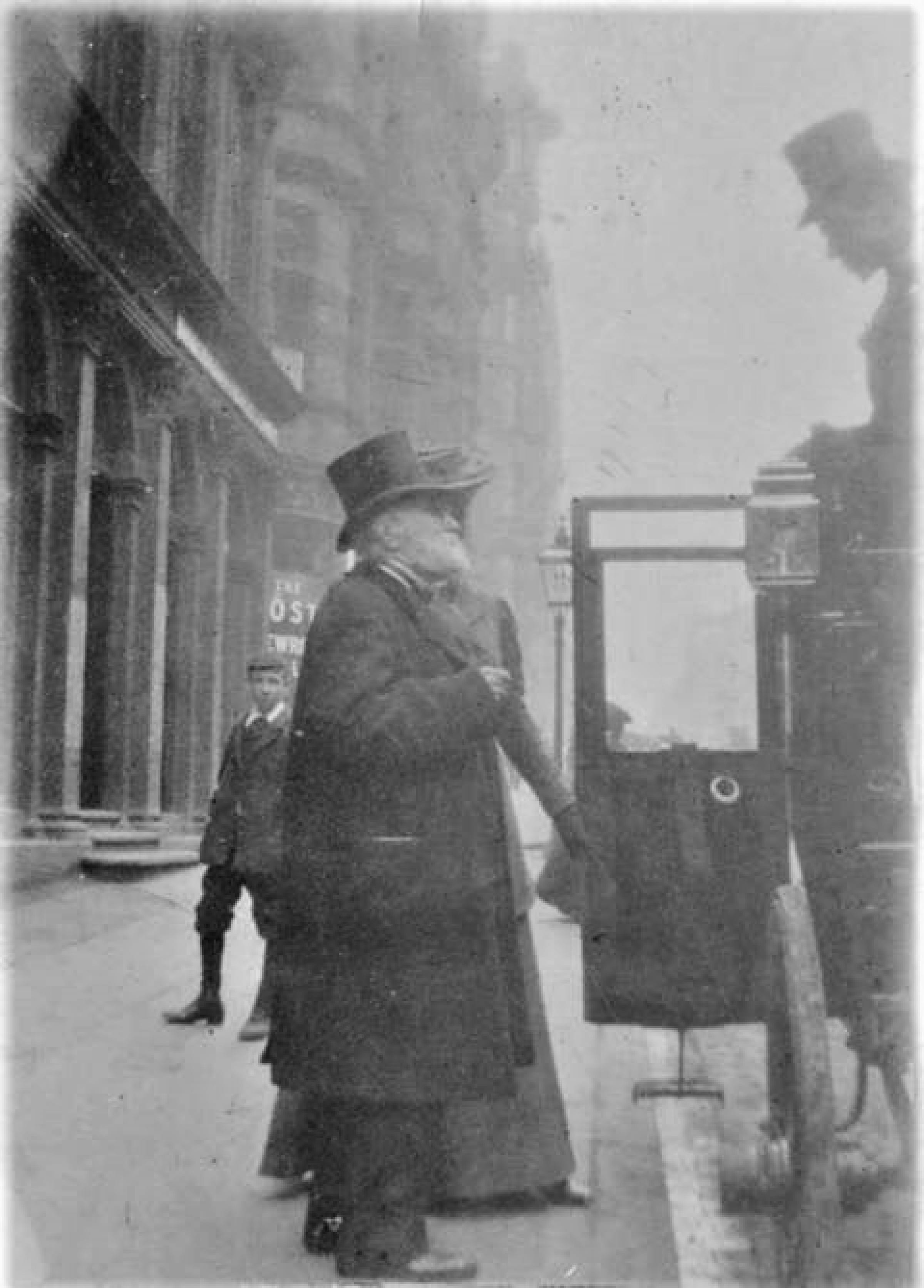 "Unto the Lord belongs the Earth, And all that it contains
Except the Kyles and Western Isles, For they are all MacBraynes"

A fabulous photo submission from LG follower John Kemplen, who says: "I was recently given this photograph of David MacBrayne, head of the transport and shipping company of that name.

"The person who gave it to me thought it was taken outside the company's head office, which in those days (before January 1907 when David MacBrayne died) would have been at 119 Hope Street. I turned to Google Streetview to see if the surroundings would be sufficiently recognisable to confirm the location, and was surprised to find that very little had changed.

"Final confirmation came with the discovery from old business directories that that building would then have been occupied by The Yost Typewriter Co Ltd, whose name, partial but conclusive, appears on the building in the old photograph. Very much a case of not-lost Glasgow."

To get a better idea of the location, today's Cafe Fame is located in part of the former Norwich Union Insurance Building, on the corner of Hope Street and St Vincent Street.

Designed by John Hutchison, and completed in 1898, the red sandstone beauty looks like something from a fantasy film; all Dutch gables, chimneys, carved balconies, and balustrades, all topped-off with a fabulous 'pokey hat' corner turret, complete with a fine finial.

I remember Cafe Fame as the former premises of city stationer GAH Douglas & Co, where, in my first job, I used to be sent to purchase piles of big brown envelopes, balls of string, and specially made up rubber stamps.

In the second picture, I love the Hansom cab driver, complete with whip; and the building materials opposite, suggesting the building on that corner was still under construction.

Now, if that's not Mrs MacBrayne, in her long skirts, about to step up into the carriage with the shipping magnate, I'm not going to say a word! That ship has long sailed....

More about hope streetMore about macbrayneMore about st vincent street