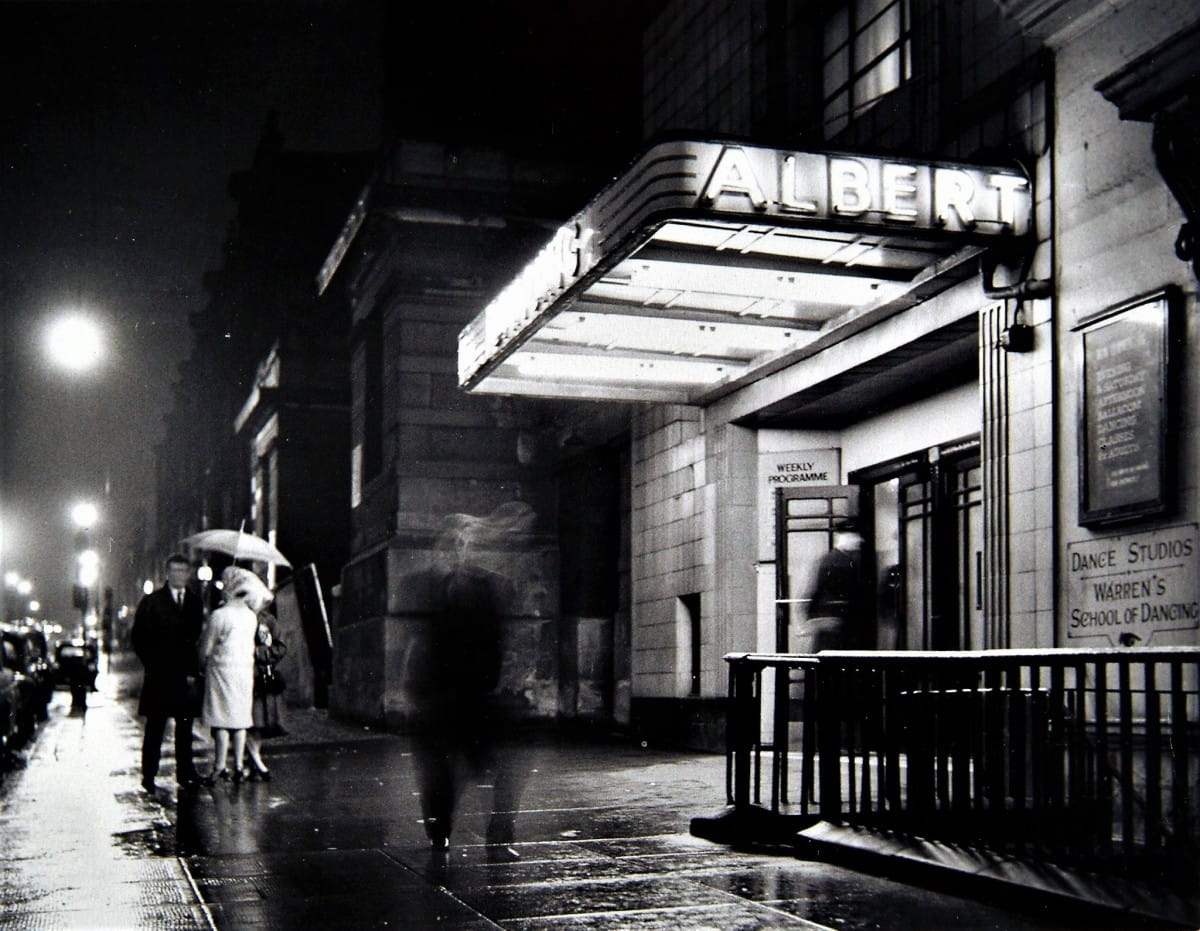 The ghosts of Saturday night... 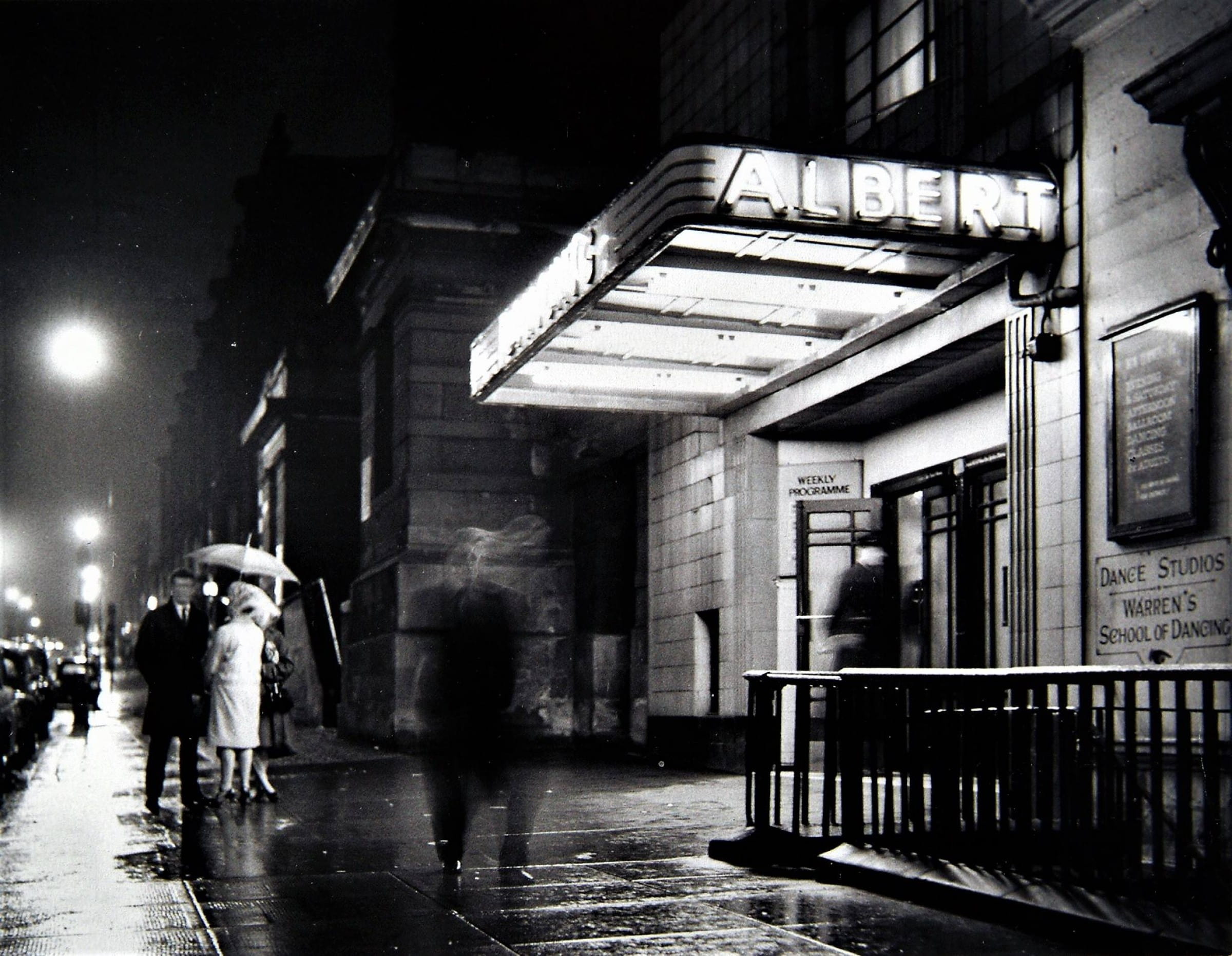 It's a rainy 1960's night in Glasgow (what's new) but the big city buzz draws you back up town to the dancing, in this case the old Albert Ballroom, in Bath Street.
Rain-slicked pavements, the reflections of the orange, sodium streetlights, and the alluring flicker of the Albert's red neon lights - with a warm blast of cigarette, aftershave, perfume, and hairspray scents wafting out the door along with the sound of music and laughter.
The ballroom, named for Prince Albert and was originally the Warren Academy of Dancing, opened by John and Annie Warren in 1905. It soon became the first ballroom in Scotland to hold dances on six nights a week (nae jiggin' on the Sabbath!)
Their son Alex became manager during the 1920s and the introduction of new dances such as the Charleston raised the Albert to new heights of popularity. It was said that some young girls were allowed to dance at the Albert but nowhere else, as it had a reputation for being well run, with no drunks allowed.
The ballroom closed after a fire in 1953 but it soon reopened, with the band wearing firemen’s helmets.
The Warren family finally sold the Albert in 1965. The new owners tried to keep up with the times by opening the popular Joanna’s discotheque in the basement, but the end came for the ballroom when the building was destroyed by fire in 1974.
The basement disco rumbled on for a few years before the whole site was redeveloped as offices.
Incredibly, over 100 years later, the current generation of the Warren family still lead dancing classes in various venues around the city.
This wonderful letter, complete with its rather archaic language, was e-mailed to me by site follower Bryan Weir.

Bryan says: "This letter was distributed to patrons of Joanna's disco in Glasgow back in 1968.

"My friends and I used to frequent Joanna's back in the late 1960s. I met my wife there and we will celebrate 50 years of marriage in March next year."

Older groovers will remember that the last record played every night in the disco was Scott Walker's 'Joanna', which signalled your last chance for romance and to get a lumber.