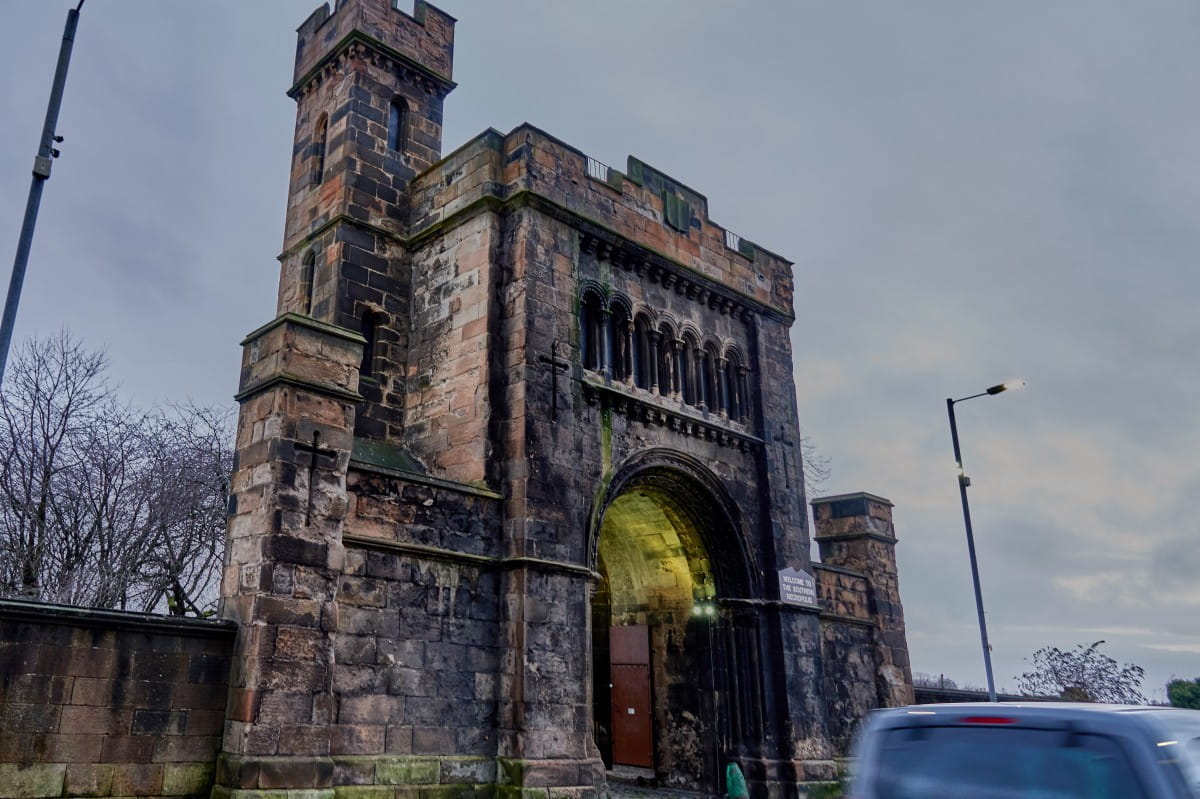 The Gorbals City of the Dead

Jan 8105
The entrance to the Necropolis. Pictures: Bill Mackintosh 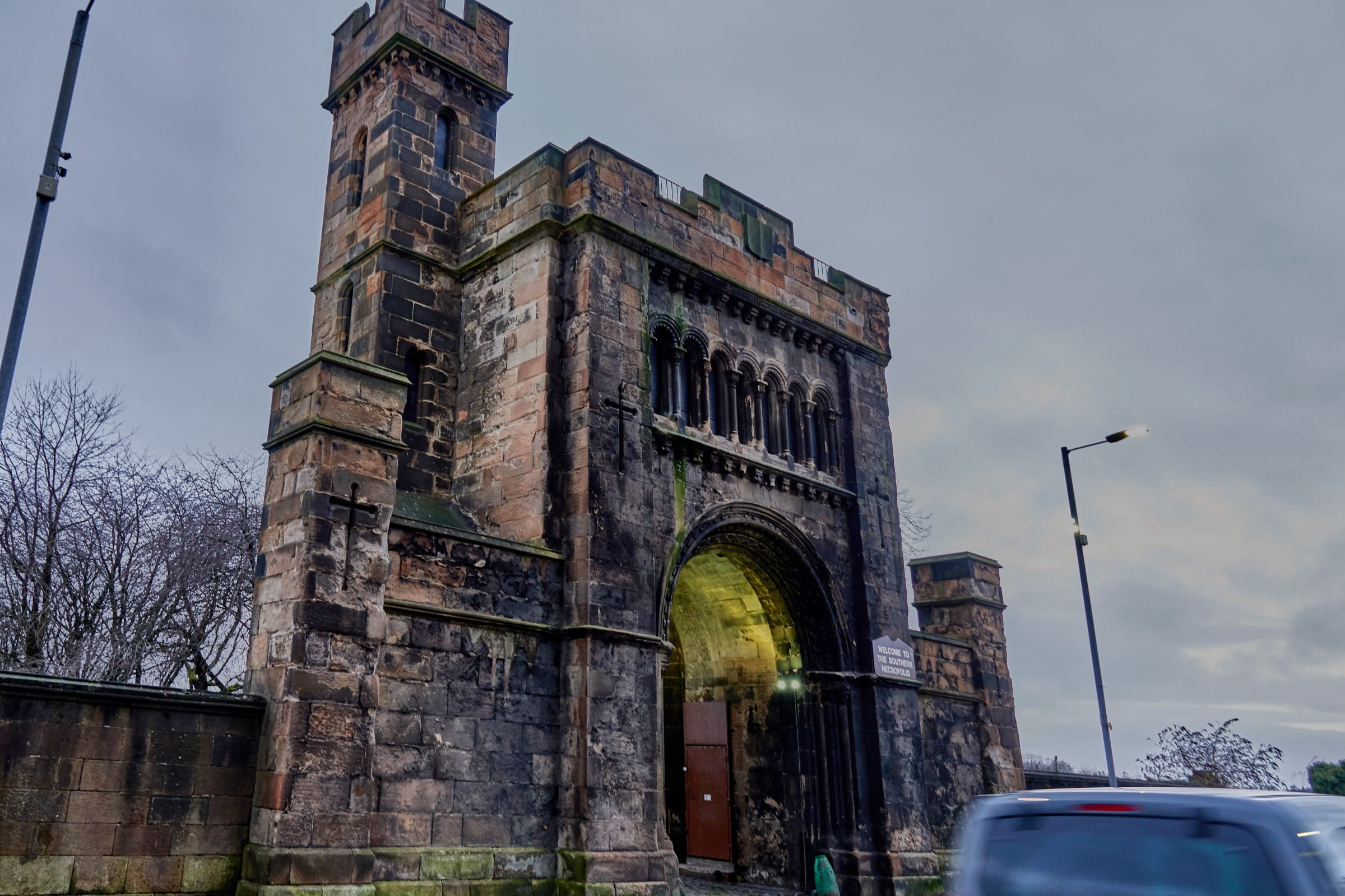 On a dreich January afternoon, through a near-derelict Gothic gatehouse in the Gorbals, the Southern Necropolis cemetery is the final resting place of some 250,000 souls and plays an important role in Glasgow's social history.

Gorbals City of the Dead is not our description. It comes from the excellent website http://www.southernnecropolis.co.uk which has a treasure trove of detail and information about the triple cemetery.

It's been ravaged by neglect and vandalism, but there's an ethereal beauty about the three graveyards halfway along Caledonia Road. Headstones are piled carelessly, as if thrown by a giant hand. Vines wrap around grave markers and there is an air of sadness beyond what you would expect.

Worthies who are at rest here include Alexander Greek Thomson, whose black marble memorial is in stark contrast the more traditional green headstones surrounding it. One of Thomson’s churches, the Caledonia Road Free Church, still stands at the end of the same road as the cemetery, although it too has fallen into disrepair.

Sir Thomas Lipton, the self-made millionaire, tea merchant and America's Cup yachtsman, lies in the Eastern Cemetery. Others include philanthropist Allan Glen, who founded a school for boys that eventually morphed into the University of Strathclyde.

The Necropolis contains graves of 11 Commonwealth service personnel, 10 from World War I and one airman of World War II, registered and maintained by the Commonwealth War Graves Commission.

The remains of 20 followers of St Francis of Assisi, discovered at a new development in Glasgow, have also been reburied at the Necropolis.

Archaeologists unearthed the site of the city's original Franciscan friary, established in 1476, on the site of the City Science complex in High Street. The two caskets were then taken to the Southern Necropolis, and a memorial garden was established, which included two stones from the original friary.

Despite the hysteria of hundreds of Glasgow schoolchildren, it does NOT contain a vampire with iron teeth!

In 1954 the cemetery played host to a large group of child "vampire hunters" searching for the purported "Gorbals Vampire". The incident, sparked by an urban myth that a vampire had killed two local children, was blamed on American horror comics such as Tales from the Crypt, despite none of the comics referring to the creature in question, and the ensuing moral panic led to an increase in comic censorship.

In 2016, a mural which features the vampire and a brief line describing the 1950s event was created by Ella Bryson and Art Pistol. It is located in an archway on St Luke's Place, not far from Glasgow's Citizen Theatre in the Gorbal

The cemetery was established in response to the crowded state of the Old Gorbals Burial Ground, on Rutherglen Road. Proposals for a new cemetery were put forward in 1839, and the following year land was purchased from William Gilmour of Oatlands. The first burial, that of a 16-month-old child, took place on 21 July 1840.

The entrance to the cemetery is via the grand gatehouse which was built in 1848 to designs by the Glasgow architect Charles Wilson, who is buried within the cemetery.

The Southern Necropolis was taken over by the Glasgow Corporation in 1952, and is now operated by Glasgow City Council. The cemetery is protected as a Category B listed building, while the gate lodge is listed at Category A.

Lottery Funding, grants from Glasgow City Council, and work by Gorbals Heritage Environment Trust are combining to try to save the historic gatehouse.