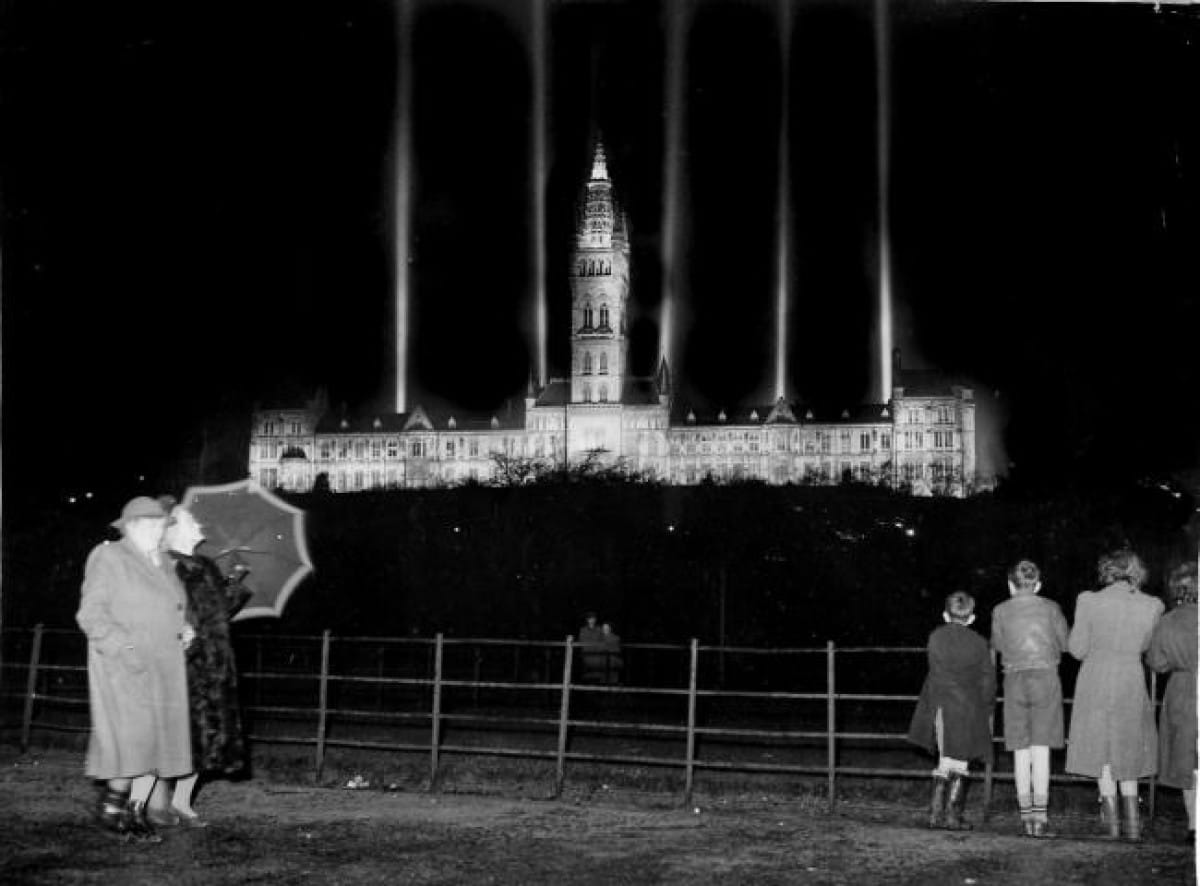 The light of learning 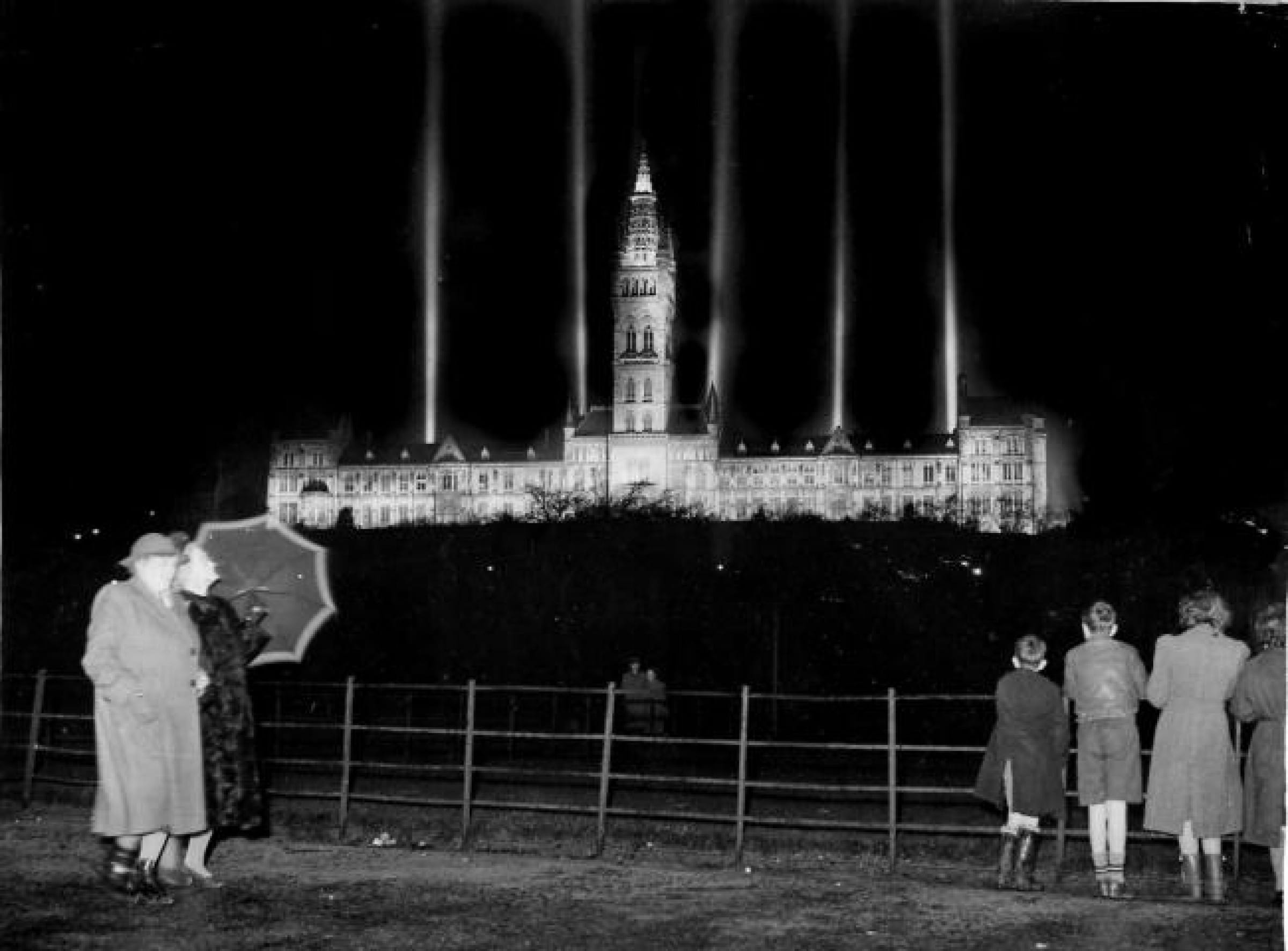 With today marking the day, in 1868, that the foundation stone was laid for the new University of Glasgow buildings in Gilmorehill, let's turn on the big lights to take a closer look at how the Uni marked its 500th birthday, in 1951.

In 1870, when Gilmorehill first opened its doors, the students and professors of the Old College of Glasgow left their Medieval High Street home for the final time, marching in torchlit procession from the overcrowded and polluted city centre to the fresh air and open spaces of the West End.

In 1951, to mark the institution's quincentenary, the then students recreated that dramatic march.

A single torch of learning had been lit in the Roxburghshire hamlet of Bedrule, birthplace of William Turnbull, Bishop of Glasgow, who had procured the Papal Bull from Pope Nicholas V on 7 January 1451 which established the University of Glasgow.

Carried to the city centre, at Glasgow Cross, 11 torches were lit from the single torch, and from these a further 1,500 two-foot candles, borne by a long procession of students, were lit, who then set off west.

When they reached Gilmorehill, a huge bonfire was started. “Immediately,” recorded the Glasgow Herald, “the university itself seemed to spring from the ground, its facade and tower bathed in floodlighting. Simultaneously, the west side shone as if in bright sunshine as five bluish-white pillars pierced the sky from powerful searchlights.”

Looking at this picture, I'm delighted to see that some of the wee ones leaning on the metal fence are wearing the old Glasgow 'uniform' of shorts and wellies. You could estimate the weans' age by counting the red rings around their legs.

And, I can almost hear one of the old dears, saying: 'Here, Jessie, I hope we're no payin' the bill for all the electricity they're using? Their meter must be spinnin' like a peerie...'