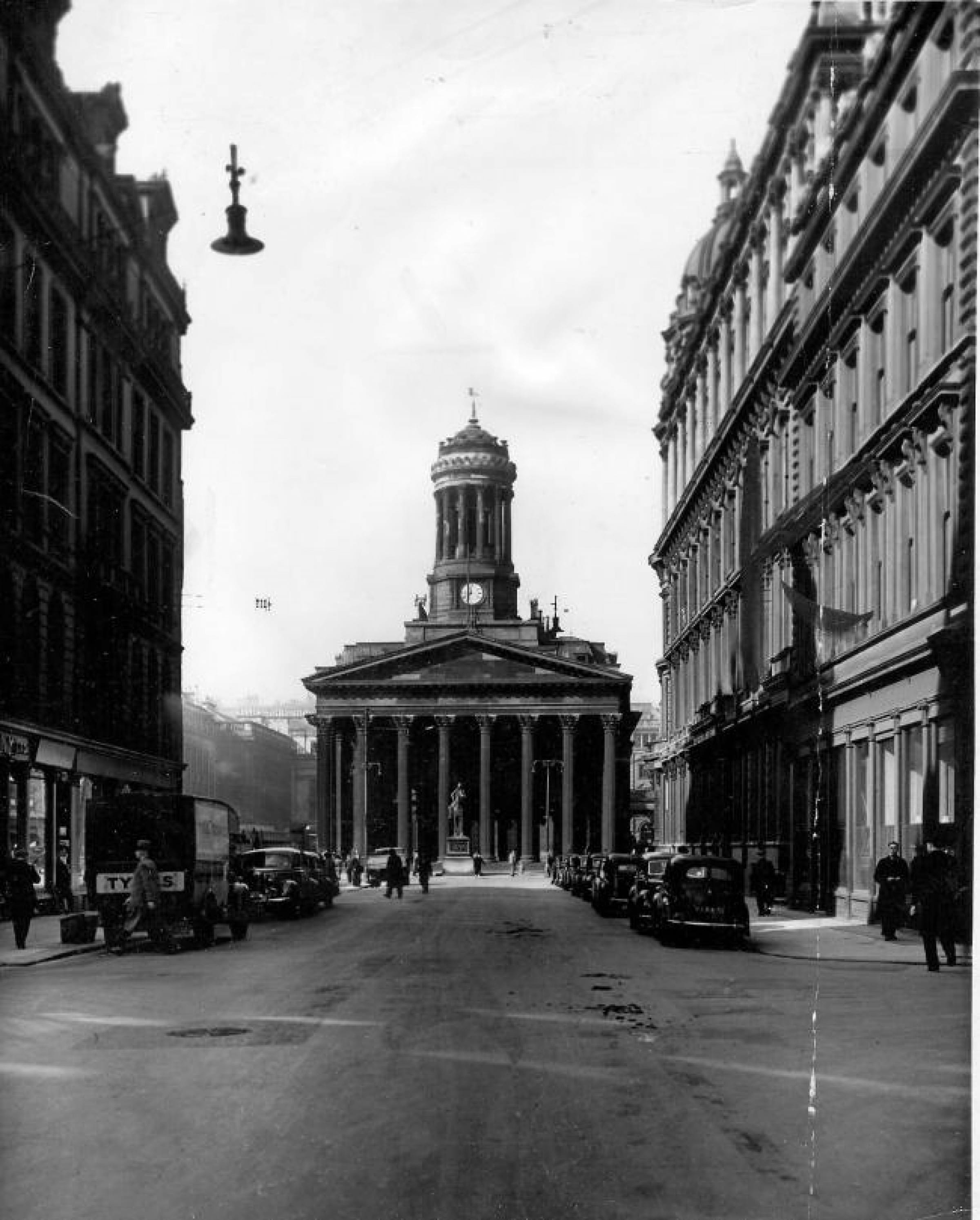 A sensational shot of our soot-blackened city, its once glowing stonework covered by a cloak of darkness.

We're looking west along Ingram Street at the majesty of today's Gallery of Modern Art - once tobacco lord William Cunninghame of Lainshaw's smart city mansion, then the Glasgow Exchange, then Stirling's Library.

When old William first built his house, this was the west end of Glasgow, and Queen Street was called Cow Loan, as it was on the route the city's herdsman would lead his cows from their overnight byres up at Cowcaddens down to dine on the lush pasture of Glasgow Green.

On the right we have the old British Linen Bank HQ and, on the left we have - what? A gap site.

The corner block was lost to a stray German incendiary during the war, and wasn't reoccupied until the early 1950s, when the 100 Queen Street block was built, now the global HQ of whisky giants Edrington Group.

Although I don't have an exact year for this shot, zooming in on the Exchange tower, I can tell you that it was taken at 11.40am, presuming the clock was working.

It took years for the penny to drop with me - why the 'posh' folks lived in the west end, and the poorer folks in the east.

What way does the wind blow in the northern hemisphere?

The money moved west for fresh air, while the city's many factories, furnaces, and workshops belched out their poisonous fumes to fall on the heads and homes of our eastenders. And, if the atmosphere did that to the buildings, just imagine what it did to folks' lungs!