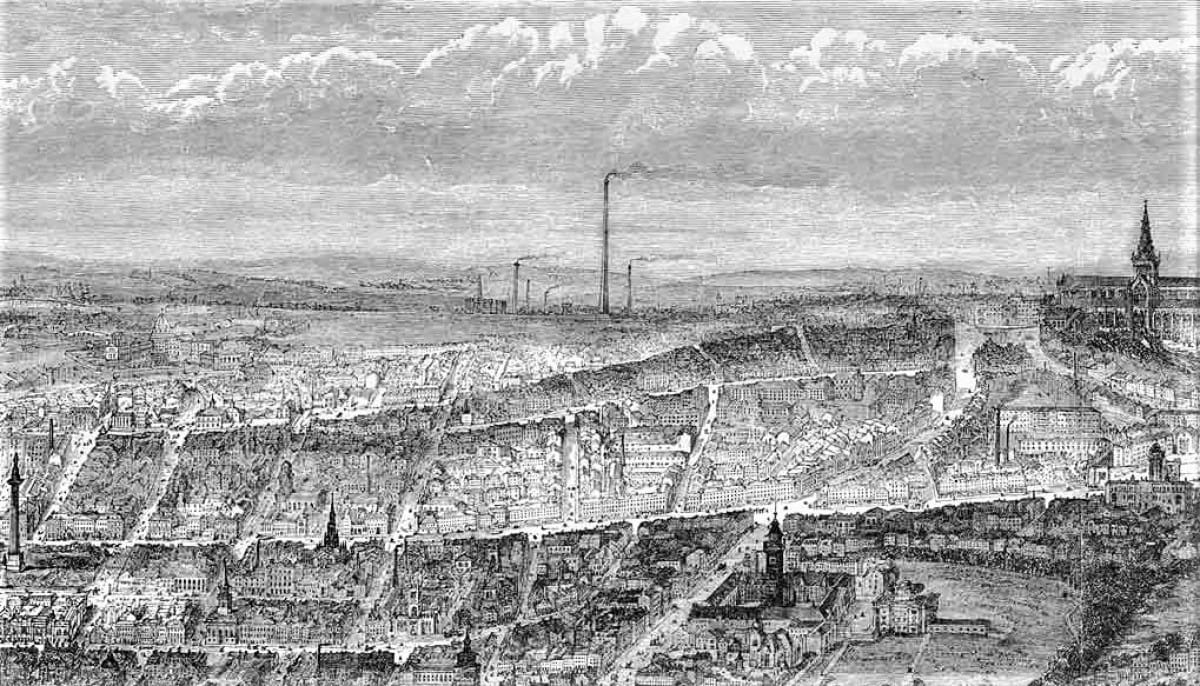 The stalk of the town

Aug 69
Tennant's Stalk, as seen in Thomas Suliman's panorama of Glasgow, published in the London Illustrated News in 1864 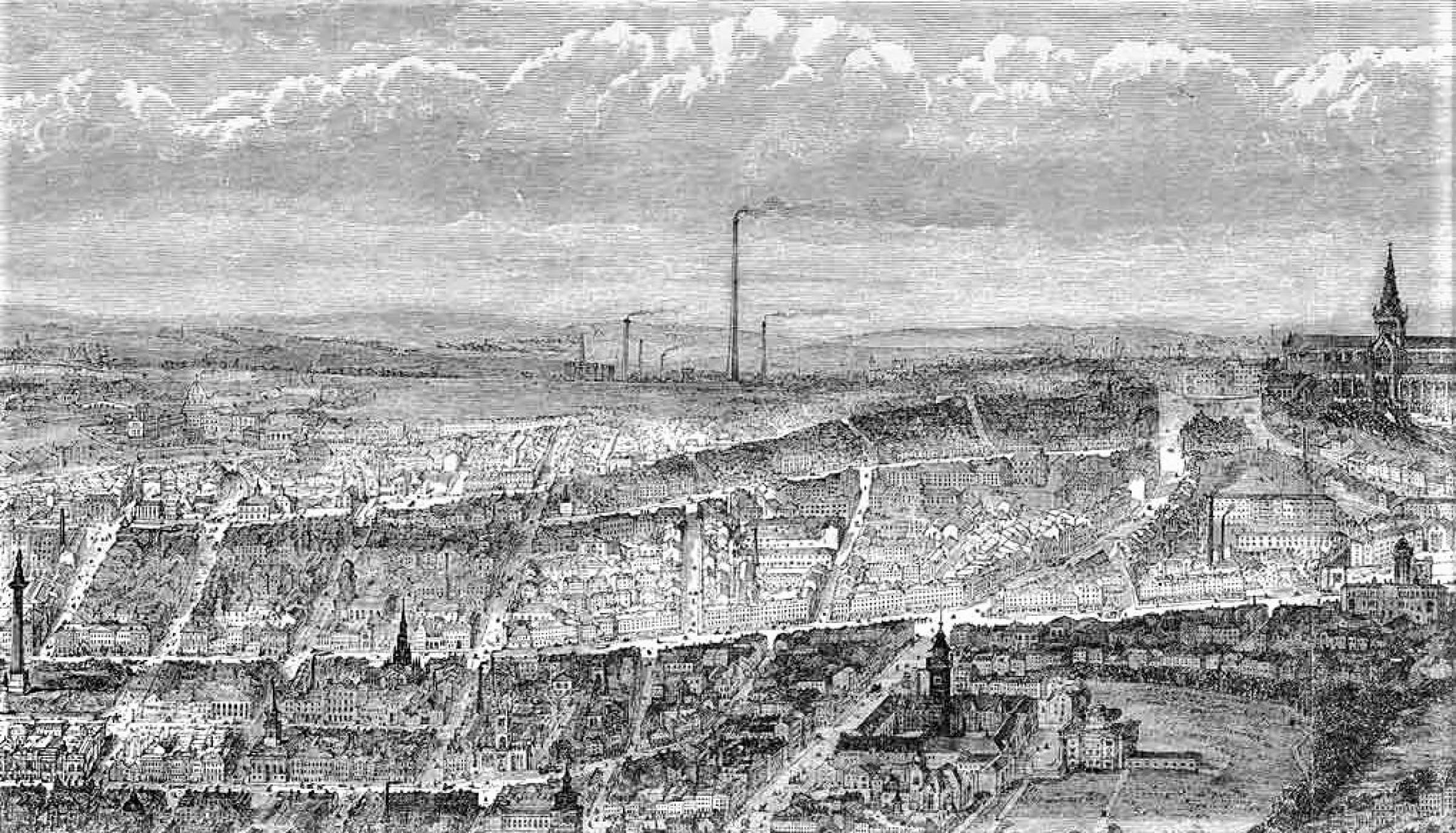 Industrial Glasgow had many claims to fame, amongst them, Tennant's Stalk - the tallest chimney in the world.

It was built by Scottish chemist and industrialist Charles Tennant, who discovered bleaching powder.

In 1800 Tennant founded a chemical works at St Rollox. By 1815 the business was known as Charles Tennant & Co. and had expanded into other chemicals, metallurgy and explosives. The early rail network in Scotland and important mines in Spain were also areas of interest.

The St. Rollox plant grew to be the largest chemical works in the world during the 1830s and 1840s. It covered over 100 acres, had a payroll of over one thousand people and dominated the local economy. The huge chimney towered over everything. Built in 1842, it rose a majestic 435.5 feet (132.7 m) in the air (later reduced to 300ft). It was 40 feet in diameter at ground level.

Look at almost any early photograph of Glasgow and the chimney stands sentinel over all it surveys - pumping out its poisonous fumes and vapours over the east end of the city.

In 1922 it was struck by lightning and had to be dynamited down, but until that time it was in daily use.