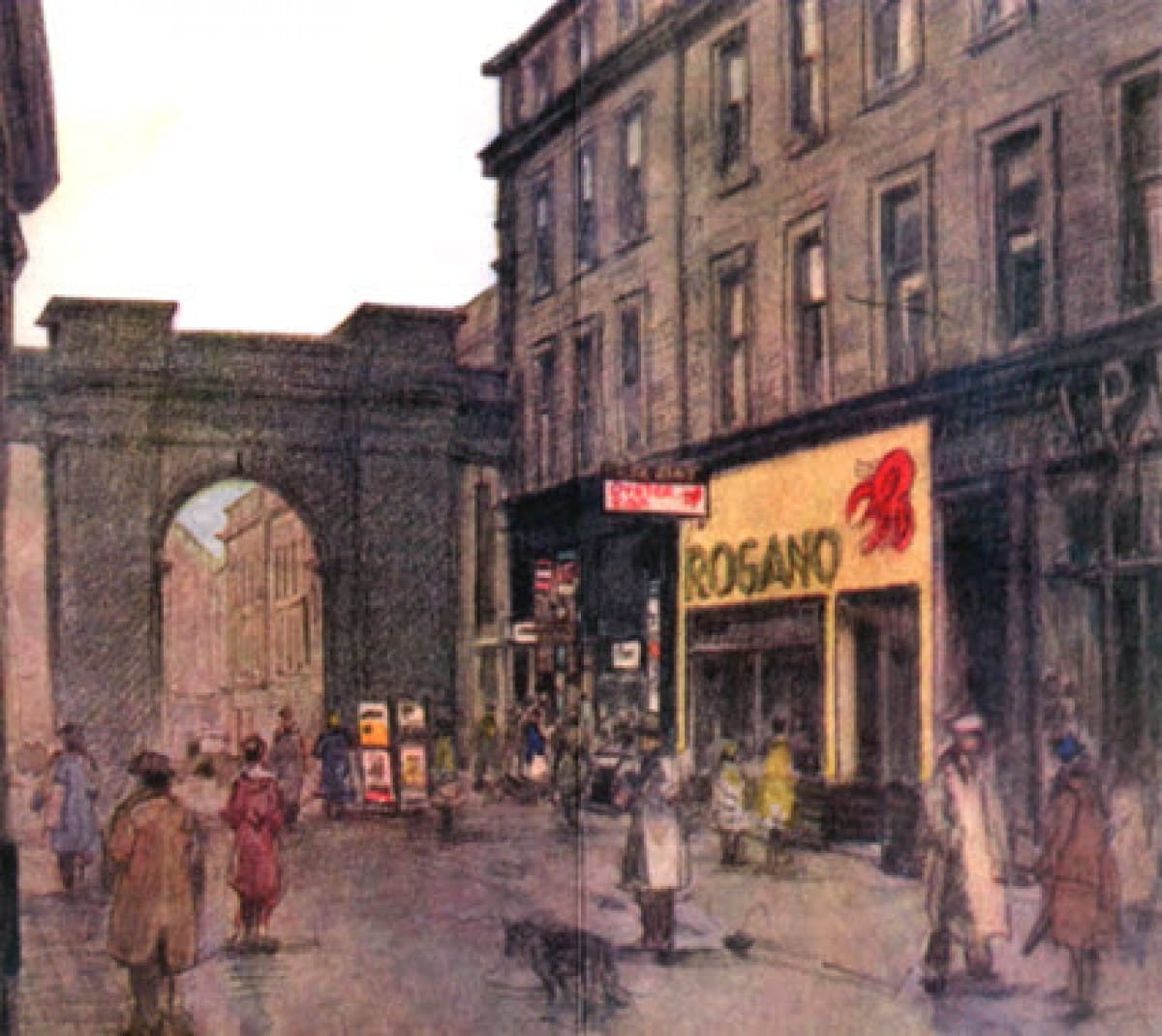 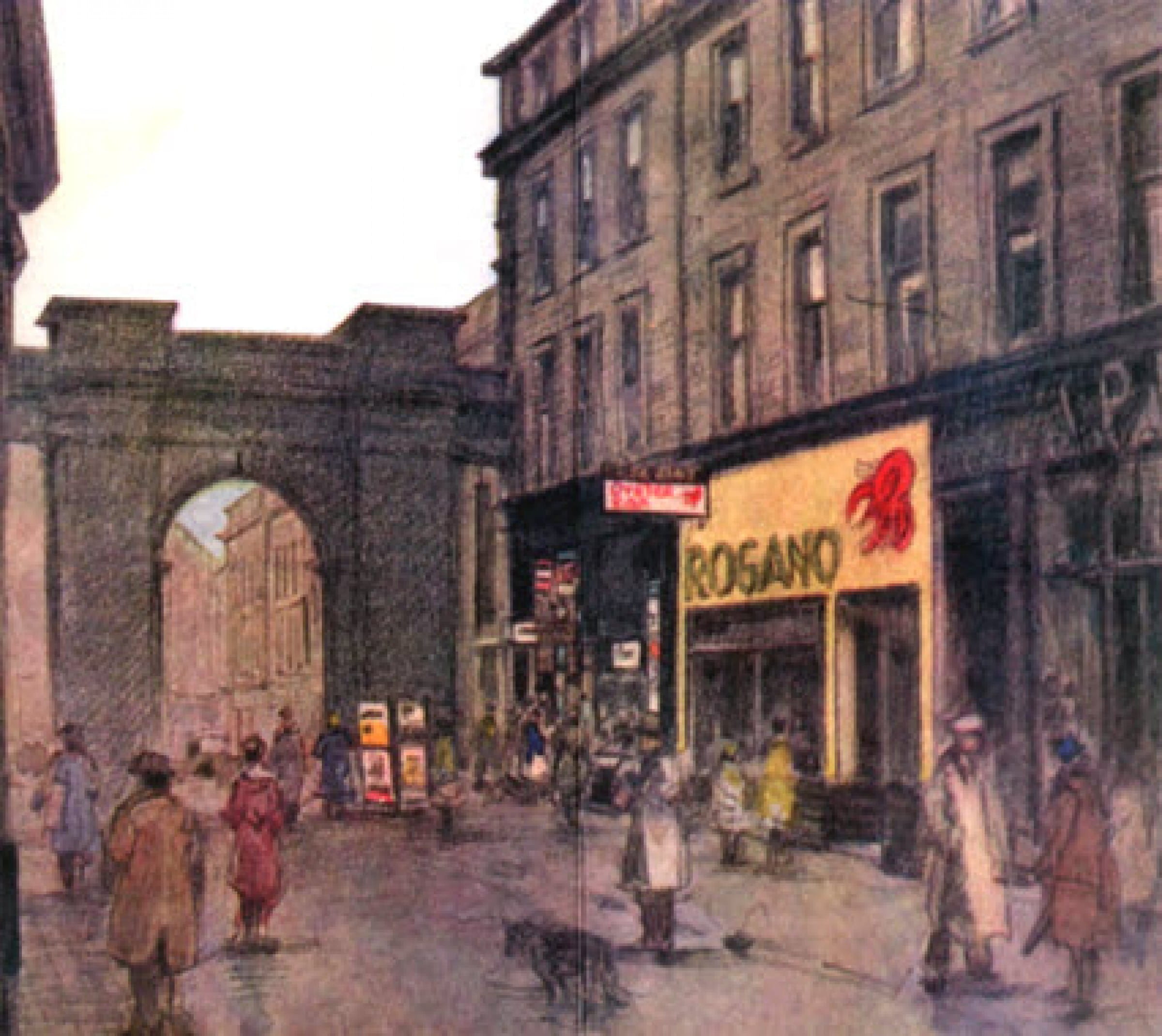 It's my birthday today (no a big yin, just a wee yin), so I'm treating myself and the missus to dinner out tonight at an old favourite - Rogano.

Rogano started life, in 1874, as the Bodega Spanish Wine Cellar. Owned by James Henry Roger and his silent partner Mr Anderson, its name comes from ROGer and ANO to represent "AN-Other").

In 1935 the restaurant was bought by Donald Grant, who changed it into the Art Deco jewel that we know today.

And, if you are opening a new restaurant, why not commission Glasgow artist Robert Eadie - one of my favourite painters and illustrators - to design the cover for your menu. I love the fact that Eadie included the nextdoor William Porteous & Sons newsagent (now a coffee shop), complete with news bills propped up against the arch. When I was a tragically hip teenager, I used to swan into Porteous's to buy French fags - which, in my mind's eye, made me appear tres, tres sophisticated. In reality, all they did was make me cough.

Grant fitted out his new restaurant to mirror the style of the Cunard liner the Queen Mary, which had just been built on the Clyde by John Brown & Co of Clydebank.

Legend has it that the foremen from the yard paid their bar bills at Rogano with 'borrowed' lengths of the expensive burr walnut and bird's eye maple panelling specified for the liner, which had somehow escaped the yard!

During the 1940s and 1950s, with Grant in charge, the restaurant had its own stretch of river to supply its fresh salmon, and bought in lobsters from Brora, and oysters from Portpatrick.